As a hardcore vegan, people always ask me what I miss most about eating meat and cheese. They tell me they would sorely miss pizza and cheeseburgers more than anything else, and while I don't crave those foods anymore (I used to at the beginning of my vegan diet, though), I definitely don't mind it when a vegan alternative falls into my lap.

When I first saw the Beyond Burger from Beyond Meat, I was shocked at how real the patties looked. They were red and juicy, and it seemed like they had the same consistency as a regular burger.

Made without hormones, antibiotics, GMOs, gluten, and soy, these plant-based burgers have 20 grams of protein and only six grams of carbs, and they're 290 calories a patty. They're made from a pea protein isolate, and natural beet juice lends the gorgeous red color. They almost seemed too good to be true.

I cooked up the patties at home in a cast iron skillet, and the first thing I noticed was that they sizzled just like regular burger patties do. I had two friends visiting for lunch (both of whom are regular meat-eaters), and they were pretty mesmerized at how real they looked in the pan.

I served the burgers with the works: sautéed mushrooms, caramelized onions, cashew cheese, sliced tomatoes, mustard, ketchup, and fluffy pretzel buns. It was starting to look like a real burger, very similar to how they appear in the photos. When I took my first few bites, I was surprised at how juicy the patty was, and seeing the pink in the middle reminded me strongly of what it felt like to eat a regular burger. Having not had a traditional burger in years, I thoroughly enjoyed the experience of ripping into it.

However, the taste wasn't all I hoped it would be. My friends agreed with me that it was definitely good, but it wasn't fantastic. It was a little bland, which is why we were grateful for all the toppings I had laid out on the table. That being said, I would definitely buy these burgers again. Even though they could have been better, they were still pretty tasty, and I loved that I was able to eat a juicy cheeseburger once again.

Michele Foley, director of Fitness at POPSUGAR, is a meat-eater who also tried the Beyond Burgers. Here's what she had to say about the vegan alternative:

"Let me start by saying I love a good hamburger! Whether it's a pit stop at In-N-Out or splurging on a $16 offering at a fancy restaurant, it's incredibly satisfying to bite into a perfectly cooked burger. Despite my affection for meat, I've sampled my fair share of vegan and veggie patties, and each time I have been sorely disappointed. If you're craving a crunchy grain burger, sure, a veggie patty will do. But if it's a true burger alternative you're looking for, there's really nothing out there.

"I was immediately intrigued by Beyond Meat. In raw form, it looks exactly like a beef patty — freakishly so! And as Gina already touched on, it sizzles up like one, too. As for taste, I am also in agreement with my fellow taste-tester: the flavor was a bit bland. While it looked 100-percent like a burger, it tasted nothing like one; it could have definitely benefited from some spices or a dash of liquid smoke. That being said, it still was one of the best vegan options I have tried. The texture was more meaty than other options I've had, and it's incredibly juicy, something most vegan patties lack. And from a sensory perspective, if you are missing meat, the look and feel of Beyond Meat also seems to amp up its flavor — something you definitely won't get from a bean patty. Overall, I'd buy these again, and I vote them the best vegan burgers I've ever tried."

Healthy Living
Turns Out, Vegan Nacho Cheese Is So Easy to Make (and Only Requires 6 Ingredients)
by Brittany Natale 7 hours ago 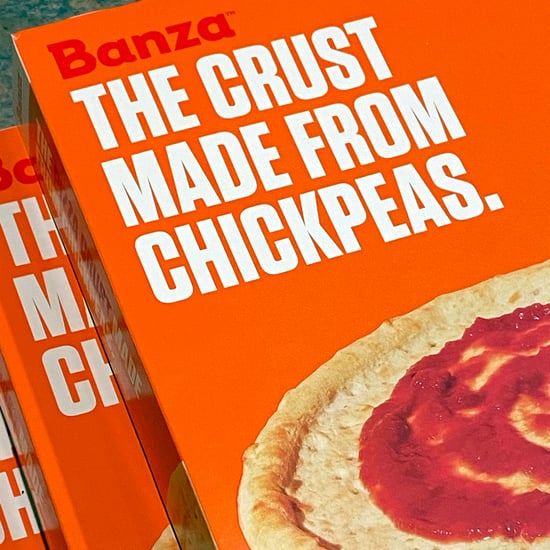