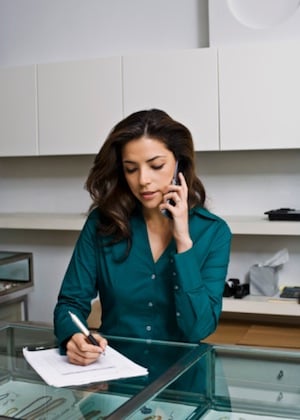 As someone who is regularly glued to her cell phone, this isn't the greatest news of the day: the International Agency for Research on Cancer (IARC) warns that cell phones may increase the risk of cancer. Panel chairman Jonathan Samet, MD, chair of preventive medicine at the USC Keck School of Medicine says:


"After reviewing all the evidence available, the IARC working group classified radiofrequency electromagnetic fields as possibly carcinogenic to humans . . . We reached this conclusion based on a review of human evidence showing increased risk of glioma, a malignant type of brain cancer, in association with wireless phone use."

Scary stuff. The cell phone industry responded to these findings by saying that it "does not mean cell phones cause cancer." While this study doesn't prove that the radiation from cell phones cause cancer, it does show that there is certainly a correlation, but that more studies need to be conducted to further prove or disprove these conclusions. In the meantime, here are some ways to minimize exposure to cell phone radiation.