Intermittent fasting (IF) isn't for everyone, but it's like my soulmate. We live together in perfect harmony, and I feel my best when I'm doing IF, specifically 16:8, where I eat from noon until 7 or 8 p.m. I know this works the best for me because I've experimented with a few different methods such as skipping dinner instead of breakfast (terrible for family dinners!) and shortening my eating window to four hours (really tough for grueling CrossFit workouts!). I also tried stopping IF for two weeks, and I felt horribly bloated and tired the entire time, my sugar cravings increased, and I ended up gaining weight. I was so excited to get back to IF. 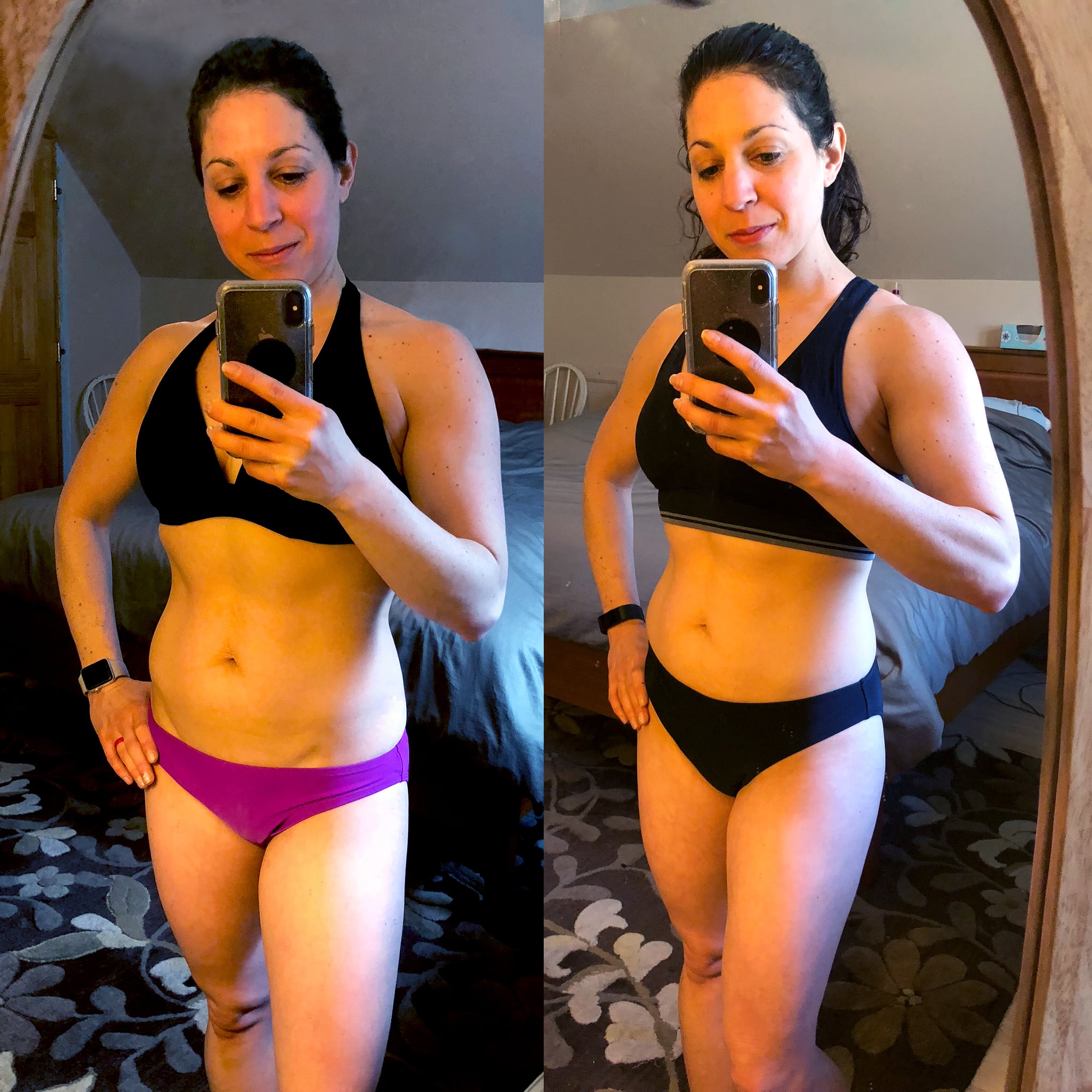 While living happily in my 16:8 life, I wasn't able to lose the weight I had gained from that IF break. Since mixing things up is recommended by experts to break through a weight-loss plateau, I decided to try a method of IF that my father had success with years ago known as the 5:2 plan, or the Fast Diet. Instead of fasting daily, like I was doing, you only fast two days out of the week and eat normally the other five. The catch is on those two fasting days, you can only consume 500 calories (600 for guys).

For three weeks, I ditched 16:8 completely and did 5:2. Each week, I chose to fast on Wednesdays and Sundays, because I don't work on those days and thought it'd be easier if I could distract myself (and stay away from my kitchen). I chose to fast all day and then eat my 500 calories in the evening. I ate a small snack while cooking dinner around 4 p.m. (about 100 calories) and then had the rest of my calories at dinner around 5:30 or 6 p.m. On the other days of the week, I ate from 10 a.m. to around 8 or 9 p.m.

Mentally, the inconsistency was really hard for me that first week. I'm a schedule kind of girl, and not following the same eating plan every day was weird and messed with my energy levels. I didn't experience the same level of laser focus and high energy on those fasting days as I'm used to with 16:8, and I felt especially sluggish on my nonfasting days because I found not having the structure of an eight-hour eating window made me want to eat all day.

"Five hundred calories is not a lot, and during those first 10 days, I felt extremely hangry when I fasted."

Low energy increased my sugar cravings, and eating sugar made me feel bloated and my face broke out. Five hundred calories is not a lot, and during those first 10 days, I felt extremely hangry when I fasted, and the following morning, my ravenous appetite made me overeat. But by the third week, my body was used to the days I didn't eat until 4 p.m. I didn't feel hungry and I actually enjoyed the feeling of lightness and the time and mental space I gained from not thinking about food. Since I stopped eating around 6 or 6:30, and I hadn't eaten a ton, I definitely went to bed hungry, and on some nights, hunger pangs woke me up in the middle of the night.

Related:
This Is the Only Diet That Helped Me Ditch My Belly Fat

I was on vacation that second week, and that helped as far as keeping my mind off food on those fasting days, but it was also a little tricky because my family was constantly eating and offering me food. That was the hardest part! I wasn't hungry, but it felt a little awkward having to make up excuses about why I wasn't eating lunch. Most of them know I don't eat breakfast, but I didn't want to explain this whole experiment, so I just said I felt bloated from eating a lot the day before.

Was I Able to Work Out?

For all three weeks, my workouts surprisingly felt fine. Since I'm used to working out in the early morning and not eating until noon, nothing had really changed there since I had energy from eating dinner the night before. If I ate dinner too late on those nonfasting days, I felt more bloated and tired, but other than that, workouts felt great. On those fasting days, I even felt inspired to walk more since getting outside was another good distraction and made me feel more energized. I also had enough stamina to attend a crazy-intense two-hour handstand workshop (where I learned the below pose, called Fallen Angel). 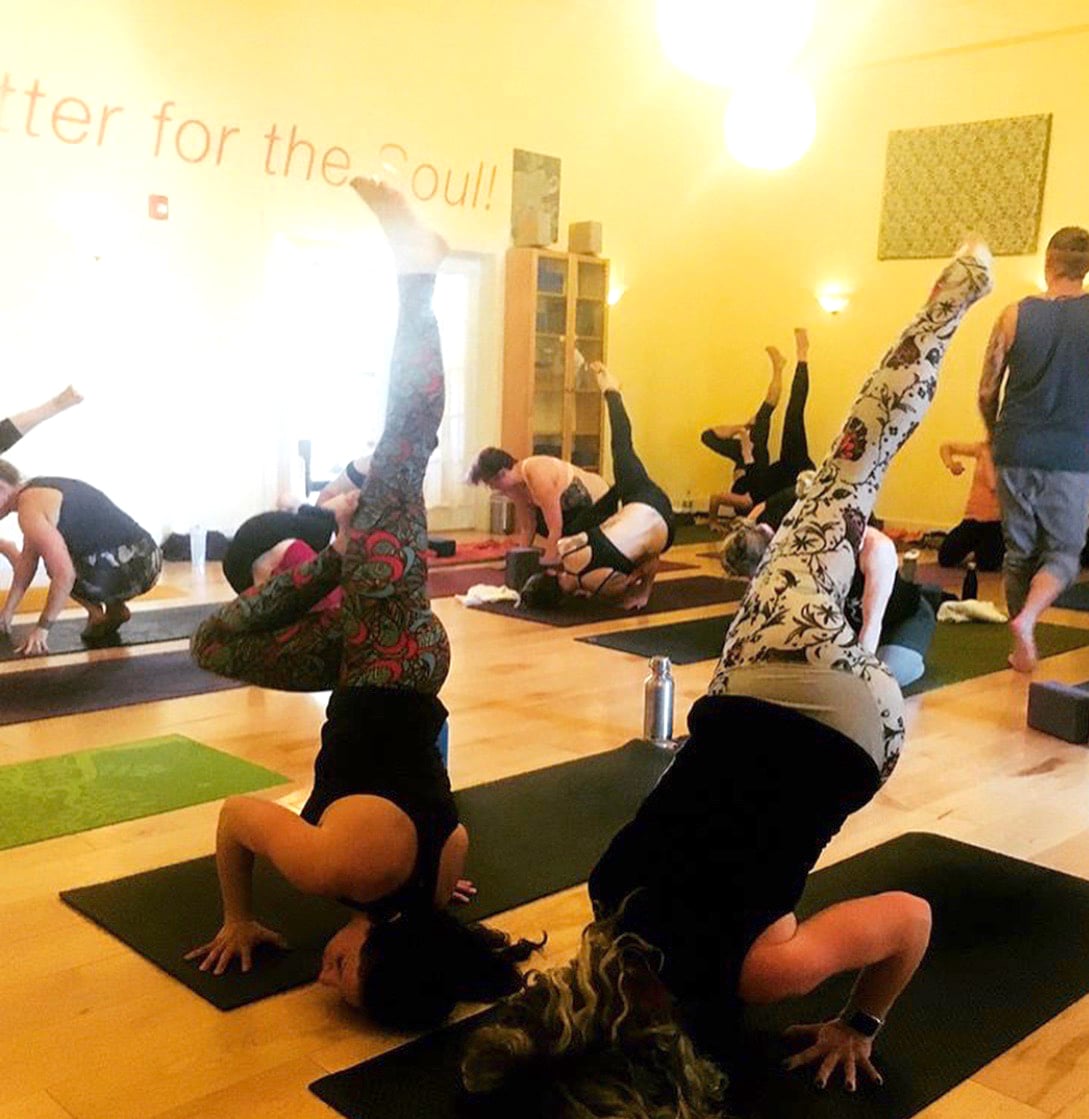 Did I Lose Weight?

To really see if this was an effective method of breaking through my weight-loss plateau, I weighed myself every morning for the first and third weeks. After that first week, I had actually gained (due to overeating), but once I got that under control, I found that by the end of the third week, I lost about two pounds. The before-and-after photos basically look the same. I can tell I was more bloated in the "after" photo, but I can also tell that my face and belly look a tad slimmer. Overall, I just feel less puffy and more comfortable in my skin.

I'm not a fan of 5:2, but it did get the job done. I hated the inconsistency in my schedule and in my energy levels. I felt less in control of my sugar cravings. I also have the tendency to want to keep eating once I start, even if I'm not hungry, and 5:2 definitely didn't help with that! Once I got used to not eating until 4 p.m. on those fasting days, I really didn't feel that hungry, and I enjoyed that "high" feeling so many IF-ers talk about. I also appreciated that changing up my eating routine helped me lose the extra weight I had gained during my IF break.

Will I keep going? Hell no! The 5:2 plan isn't something I can sustain, and that's what I love most about 16:8. I will say that not thinking about food, having to prepare food, or clean up dishes freed up time to do other things — I felt really productive on those days! But only eating 500 calories limited what I could do, and that part was frustrating. I think what I'll experiment with next is doing daily IF, but consuming all of my daily calories in a shorter eating window, from 1 until 7 p.m. I have some fitness goals like increasing my running pace, pressing into handstand, holding handstand longer, and being able to do more push-ups and pull-ups, and I feel like getting a little leaner will help. I'll keep you posted! 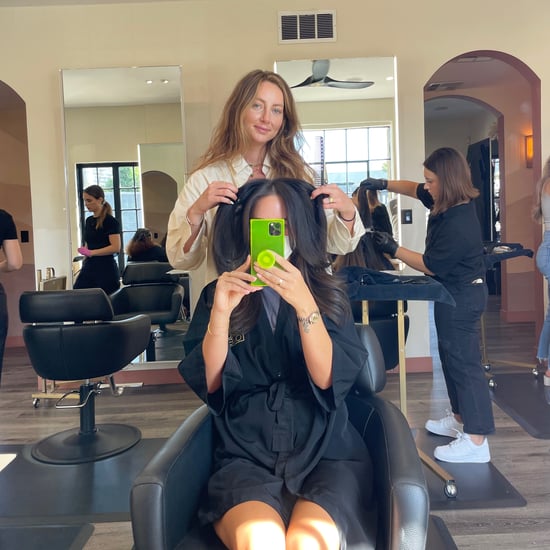 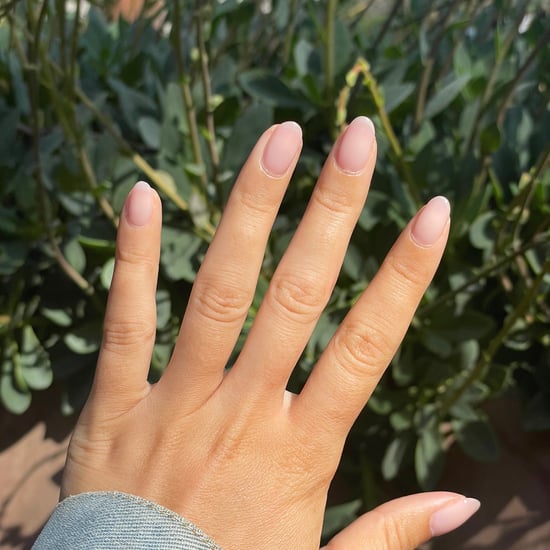 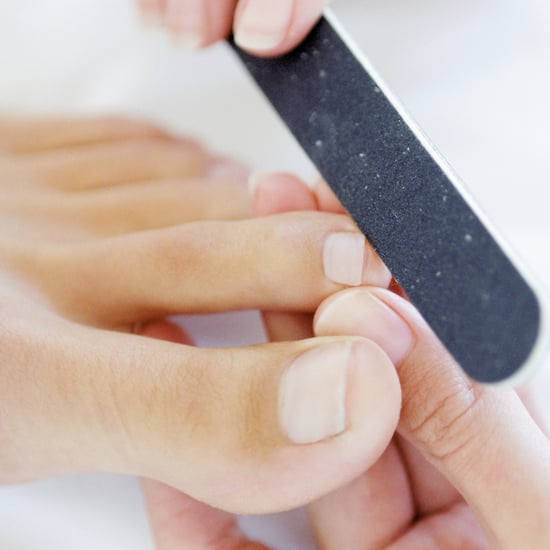