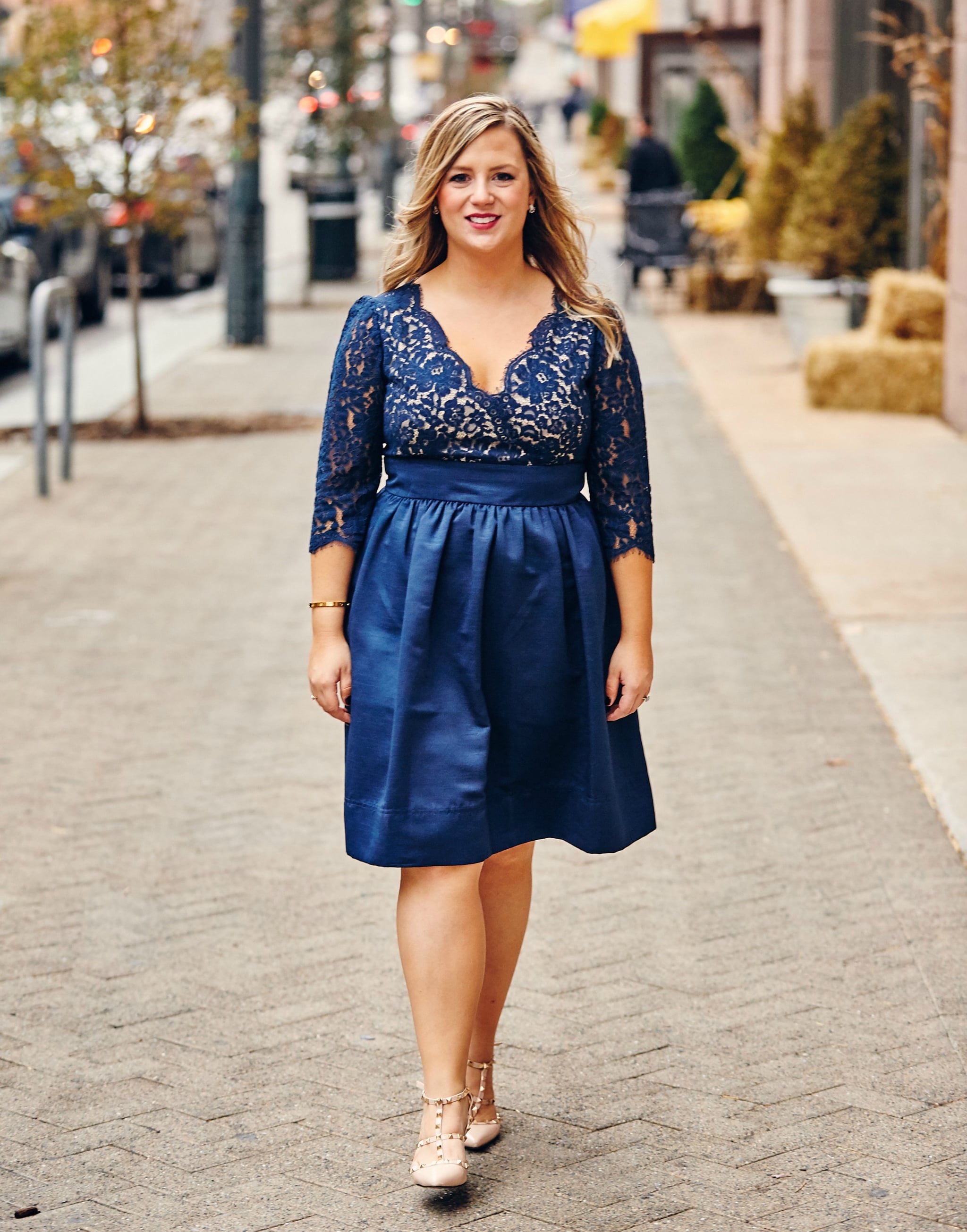 For years, I was mystified by my infrequent periods, acne, stubborn belly fat, and rampant carb cravings. It wasn't until a few years ago when I was diagnosed with PCOS, or polycystic ovarian syndrome, that it all made sense.

PCOS affects an estimated eight to 20 percent of reproductive-age women worldwide, according to the National Institutes of Health. Since PCOS isn't always clearly defined or diagnosed, the exact number is unknown. Generally, this reproductive condition affects the balance of your hormones and comes with a host of unpleasant symptoms such as irregular periods, excess body and facial hair, insulin resistance, weight gain (especially in your belly), and mood swings. Women with PCOS are also prone to develop Type 2 diabetes, thanks to the insulin resistance, and are more likely to be obese.

Related:
This Is What Solved My Extreme Bloating Problem That 4 Doctors Couldn't Figure Out

With all these scary symptoms hanging overhead, I wanted to overhaul my diet in an effort to get my PCOS under control. I had read that losing weight can help relieve PCOS symptoms, so I had previously tried calorie counting and Weight Watchers. These plans resulted in a minor dip on the scale but didn't relieve any of my other symptoms; I still had acne, energy slumps, mood swings, and brain fog. Through my PCOS research, I also learned that dairy, simple carbs, and sugar could make PCOS symptoms worse and trigger more insulin resistance and weight gain. But even though I read these facts, I was never that serious about avoiding these food groups entirely.

It wasn't until a particularly indulgent holiday season that I decided to get serious with myself and embark on a January Whole30, a whole-food-based eating plan some of my coworkers raved about. Whole30 is an elimination diet plan where you completely remove all types of added sugar and artificial sweeteners, gluten, grains, dairy, alcohol, and legumes from your diet for 30 days. After the 30 days, you are supposed to reintroduce each food group one at a time to see how your body reacts. Although I considered myself a pretty healthy eater, I would have to give up my beloved stevia-sweetened coffee, Prosecco, and pepper jack cheese, but I was ready to make a change. Here's how one round of Whole30 impacted my PCOS.

With PCOS, it's notoriously hard to lose weight, especially from your midsection. My weight has fluctuated my entire life; despite a regular workout schedule and (relatively) healthy eating habits, it's a struggle for me to lose the 20-ish extra pounds I carry on my small 5'3" frame. Although you're not supposed to weigh yourself during the program, I weighed myself before I started my Whole30 and then again on my final day — and I had lost eight pounds! Eight pounds in a month might not seem like a lot, but for someone who has struggled to see even a half-pound drop on the scale in a week, it was a personal victory. I especially noticed it in my belly area, which is the first place I gain weight and notoriously the hardest place for me to lose it.

My Skin Cleared Up

I have suffered from hormonal acne on my chin since high school. Even a strict skincare regimen and birth control prescription couldn't prevent me from regular breakouts. However, after eliminating all types of added sugars and dairy, my skin had never looked better. Not only did my breakouts clear up, but my skin had more color and was more radiant. I could actually leave the house without slathering on foundation!

My Blood Sugar Was More Stable

Many women with PCOS also have insulin resistance. And while I was never technically diagnosed with insulin resistance, I knew my body didn't handle sugars and simple carbs well. I would get an immediate spike of energy followed soon after by a drop in blood sugar and overwhelming hunger pangs, an energy slump, and cravings for more sugar and simple carbs. While on Whole30, my blood sugar and hunger levels evened out. My meals — packed mostly with healthy fats and protein — kept me feeling satisfied for hours and energized throughout the day. I didn't experience that dreaded midafternoon slump or need to make a 3 p.m. coffee run.

I Didn't Have Sugar or Carb Cravings

I don't have much of a sweet tooth, but I do love my simple carbs: bread, pasta, crackers, pretzels, potato chips, french fries . . . Even if I rarely let myself indulge, the cravings for my favorite starchy comfort foods would sometimes be overwhelming, thanks to my hormones being all out of whack. The first few days without any kind of sugar or refined carbs were tough, but after getting over the withdrawal, I found I didn't even crave them anymore. The longer I went without sugar and refined carbs, the less and less I missed them.

My Gas Was Relieved

OK, so this isn't a PCOS-specific symptom necessarily, but before Whole30 I was, um, pretty gassy — I'm talking farting at least a few times an hour. For obvious reasons, this was mortifying, especially in a small office space. After cutting out gluten and dairy, however, my farts were fewer and far between, a welcome reprieve from my typically gassy self. I found out that dairy was the culprit; as soon as I added it back in after my Whole30 was complete, I experienced the same gas and bloating. No more skim milk lattes or cheese-and-cracker snacks for me!

It Launched Me on a Healthier Path

It's a cliche ending to a round of Whole30, but it's true; I enjoyed the program so much, I decided to eat mostly Whole30 afterward. I found that by eliminating simple carbs, dairy, and sugars, my body functioned better, and I was relieved of most of the negative symptoms from my PCOS. When I start to slip back into my more unhealthy eating habits (hey, I can only stay away from pizza for so long!), I know what I need to do to get back on track and finally feel better from the inside out.