If your insatiable sweet tooth is preventing you from losing weight, findings from a recent study may be just the thing to help you slim down. Researchers found those who ate a large breakfast that included something sweet lost weight and were able to keep off more pounds than those who ate a small breakfast. 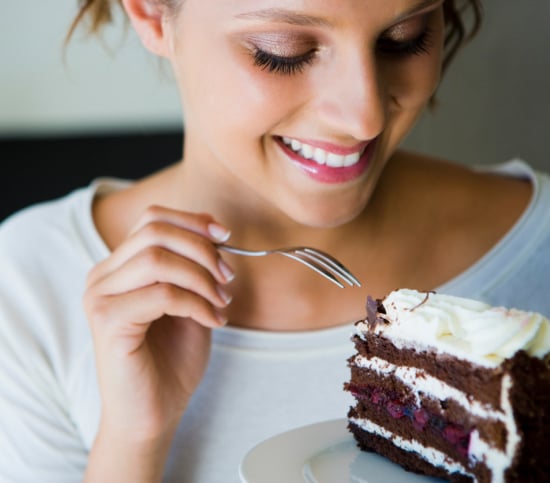 A group of 193 obese adults (not a huge study) were split into two groups. One ate a large, 600-calorie breakfast that included a sweet item such as a cookie, cake, or doughnut. The other group ate a 300-calorie breakfast with no dessert. Both groups ate the same amount of calories daily: 1,600 for men and 1,400 for women.

After 16 weeks, both dieting groups lost the same amount of weight. Each group then continued with the plan they were on, but were allowed to consume more calories if they were hungry. The group eating the smaller breakfast ended up gaining back an average of 24 pounds, while the group eating the bigger breakfast, including a sweet treat, gained an average of 15 pounds.

The researchers running the study believe eating a breakfast full of carbs and protein helps a person feel full throughout the day. And adding a little something sweet to the first meal of the day satisfies sugar cravings, which prevents binging later in the day.

Before you slice into a red velvet cake tomorrow morning, the study's conclusions are certainly controversial. Experts agree that eating a large, balanced breakfast is key to losing weight, but some nutritionists think eating dessert for breakfast is a major dieting no-no. It could increase sugar cravings throughout the day, leading to the consumption of more sweets and weight gain.

The bottom line: a big, healthy, balanced breakfast complete with lean protein and complex carbs will fill you up for hours and give you energy all morning. It also helps suppress feelings of hunger throughout the day, which can prevent gorging during lunch or dinner. There's nothing wrong with having a little something sweet with your first meal, as long as the majority of your meal isn't sugary. Keep in mind that regularly eating foods made with refined flour and white sugar can increase your risk of heart disease and cancer, so skip the decadent icing-covered pastries and opt for fruit instead. The low-calorie juicy sweetness will satisfy your cravings and the fiber will add to your satisfied feeling. 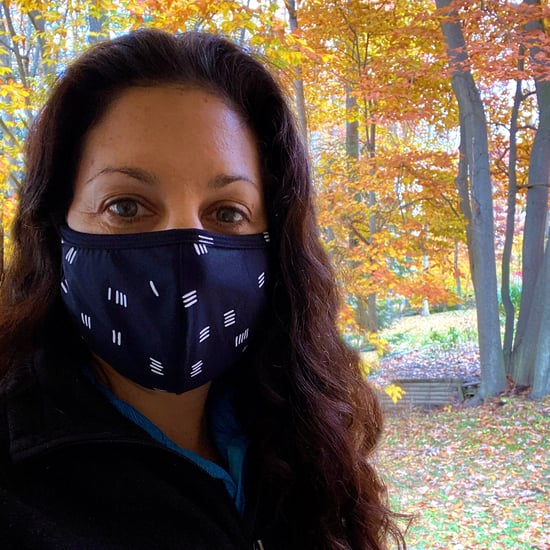 Healthy Living
I've Tried Working Out in 8 Brands of Masks, and Carve Masks Are My Fave — They Only Cost $8!
by Jenny Sugar 3 hours ago

Healthy Living
With Reproductive Rights at Stake, Should You Be Stocking Up on the Morning-After Pill?
by Esther Bell 5 hours ago

Healthy Living
This New Cereal Is Made With Adaptogens to Help You Relax, and We'll Take 5 Bowls!
by Tamara Pridgett 1 day ago