While it's obvious that eating bacon in everything isn't a healthy choice, a new study isolates just how bad the link between processed meat consumption and heart disease and cancer can be. 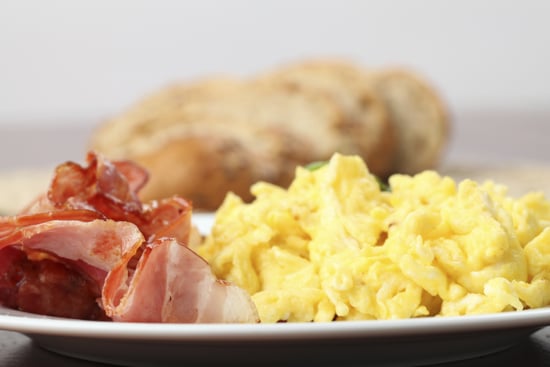 The study, from BMC Medicine, tracked almost 450,000 healthy men and women between ages 35 and 69 during the 1990s through 2000s and found that the more processed meat the volunteers consumed, the higher their risk of death from heart conditions and cancer. Interestingly, the researchers did not find a significant link between eating unprocessed red meat and early death when they adjusted their data — but they did find that more than three percent of deaths could be prevented if the participants ate less than 20 grams of processed meat a day, specifically. The study found no link between early death and poultry consumption.

The current study is important because it not only tracked healthy individuals for many years, but it also attempted to isolate just how much eating processed meat affects your health, even if you're otherwise healthy and active. And since the study didn't find the same correlation between other types of meat (and in fact found a decrease in death risk in those who ate a little bit of unprocessed meat every day), it highlights the importance of eating fatty, nitrate-filled, high-salt processed meats sparingly.

So how much is 20 grams of processed meat? Less than an ounce a day — or one small strip of bacon, says NPR. The study's lead author suggests that people eat a pound or less of all types of meat a week (300-600 grams). For more on how to be a healthy meat eater, check out our tips here.