We've seen Emma Stone play a variety of roles over the years, and she perfects each and every one of them. This year, though, we get to see her star in perhaps her most interesting role of all time — legendary tennis player Billie Jean King in Battle of the Sexes. In order to prepare for this movie, which stars Steve Carell and will be released on Sept. 22, Emma had to get in serious shape, and celebrity trainer Jason Walsh was the mastermind who helped her change her body.

Because Billie Jean is such an athletic icon, as the former World No. 1 with 39 Grand Slam Titles under her belt, Jason and Emma recognized this was a "big role" with a "big duty." POPSUGAR chatted with Jason about how he physically and mentally prepared Emma to play Billie Jean, and he said, "We knew we wanted to put on some good weight, some muscle."

They worked together for three consecutive months, working out five times a week, sometimes for twice a day. "I tortured the hell out of her," Jason joked, but "she was game" from the very start. He said Emma was "very much concerned that Billie Jean was represented as well as possible," so "the body transformation really helped with the psychological, not only the physical."

The very first thing Jason did was progress Emma into using heavier weight and "a lot of volume." "She really embraces strength training in general," Jason told POPSUGAR, and focusing on powerful compound movements kept her body guessing and allowed her to gain strength quickly.

Jason wanted Emma to "progressively and naturally put on the weight in a healthy manner," so she steadily gained five pounds per month, equaling a total of 15 pounds — of pure muscle — at the end of their training together.

Related:
More Reps or Heavier Weight For Weight Loss? The Tone It Up Girls Give Their Answer

So what were the movements Emma did to change her physique? She pushed and pulled a heavy sled loaded with hundreds of pounds, and she did pull-ups, push-ups with chains on her back, heavy front squats, single-leg squats, and farmer carries. These kind of big exercises give you "the most bang for your buck," Jason said.

"Cardio tends to be a little counterintuitive as far as putting on weight," Jason told POPSUGAR, so for the first two months, Emma steered clear of it and instead focused heavily on strength training. During the last month, though, Jason added in one or two Rise Nation classes a week, to mix it up and give Emma some high-intensity work.

Related:
We Might Steal the Tone It Up Girls' Motto For Healthy Eating: "Lean, Clean, Green"

Emma couldn't have made all these changes without adjusting her diet, though. She's a healthy eater already, but Jason said they had to increase her daily caloric intake in order for her muscles to properly develop.

The physical transformation wasn't the end game for Emma, though. "Just having that kind of strength and that kind of confidence that athletes have was a big psychological advantage," Jason said. Those 15 pounds of muscle paved the way for Emma to step into the shoes of Billie Jean with a healthy dose of gumption and conviction. 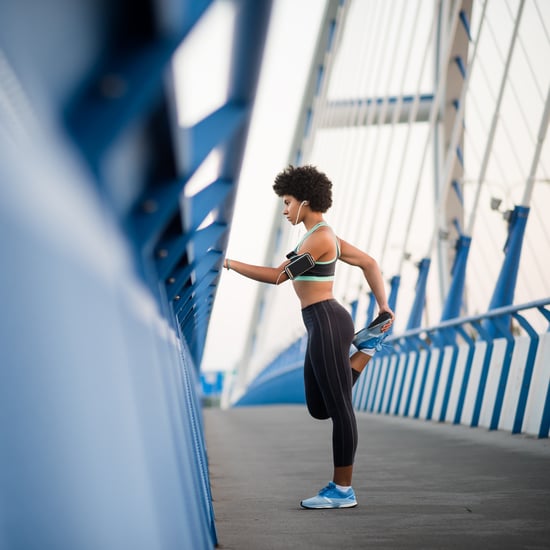