Kombucha tea is all the rage, but whether the health claims have been substantiated is a different story. I constantly get asked whether the kombucha (pronounced com-boo-cha) hype is real when I'm guzzling down my favorite flavor. Unfortunately, there haven't been enough studies on the ancient tea to leave us with a simple fact or fiction answer, but here's what we do know. 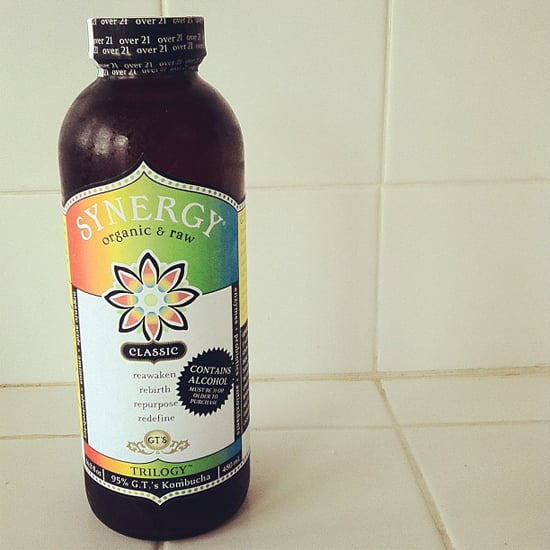 Kombucha tea is touted as a health drink that boosts the body's ability to fight disease while also bringing balance back. Often referred to as a mushroom, kombucha is actually a symbiosis of bacteria and yeast. After sugar and tea are added to the kombucha starter, a fermentation process results in an effervescent tea. In addition to the new fizz, the final product contains vinegar, B vitamins, and a number of other chemical compounds. I'll be honest; the flavor of kombucha is definitely an acquired taste. Some folks think it's plain awful, but many people claim the drink gives them a calm energy and a helping hand, cleansing their bodies of toxins.

Although it has been consumed by the Chinese since 221 B.C., there hasn't been a single human trial on the benefits of kombucha. Many experts, including Dr. Weil, have expressed concern about kombucha. In addition to the unsubstantiated health claims, some worry about the possibility of contamination in home-brewed kombucha — some batches can grow aspergillus, a toxin-producing fungus, which has been shown to cause adverse reactions in individuals with weakened immune systems. While this doesn't necessarily mean there are no benefits to the tea, it does leave me with the feeling that we should take the advertised health benefits of kombucha with a grain of salt.

Do you enjoy this tea regularly? Be sure to get a glimpse at how kombucha is created, and tell me whether you love it or loathe it in the comments below!

Food Reviews
I Tried Vera Wang's New Prosecco, and It Was a Holiday-Party Hit
by Anvita Reddy 4 days ago

Healthy Living
What You Can Do to Help Prevent Bacterial Vaginosis, According to Ob-Gyns
by Victoria Moorhouse 5 days ago