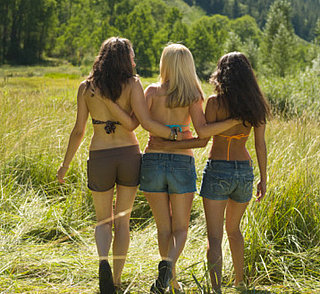 The study also found that Americans are becoming more isolated with three times as many Americans reporting having no confidant than just 20 years ago. And since loneliness is contagious, this isolation could be the start of future health problems; and the conclusion of the researchers suggested we start to view our social relationships as an important part of our overall health. Spending more time with my girlfriends will help me live longer? Sign me up!

Demi Lovato
Demi Lovato Is Being Accused of "Queer Tourism" For Changing Her Pronouns. Here's Why That's Harmful.
by Emma Flint 21 hours ago