If we've heard it once, we've heard it a million times: sugar has no nutritional value, and consuming too much of it causes health problems like obesity and heart issues. But it's the hardest thing to give up, especially if we're accustomed to eating it on a daily basis.

I would know, because I used to be a sugar addict who couldn't go to sleep without having some kind of dessert. Whether it was a cupcake, a piece (OK, sometimes a bar) of chocolate, or a handful of gummy bears, I had to satisfy my sweet tooth before my head hit the pillow. But all that sugar was starting to catch up to me. I was experiencing sugar crashes on the regular, my skin was looking a bit dull, and I had very little energy during my workouts. So I decided to give it up cold turkey, because the cons were starting to outweigh the pros.

Related:
How to Give Up Dairy When Cheese Is Your Everything

There was a naive voice in my head saying it wouldn't be that hard to give up sugar. All I had to do was stop eating it, after all. Turns out, it's a lot harder than it sounds. I went through some pretty painful withdrawal symptoms — headaches, mood swings, fatigue — because my body was forced to create its own source of energy again, rather than rely on sugar. It took a full week before I started to feel the positive changes and then an additional week before I felt clear-headed again.

I developed some habits along the way to make sure my sugar-free lifestyle would stick. These are the things I recommend for anyone trying to give up sugar.

Clear out everything in your kitchen that contains sugar

This sounds like a no-brainer, but it's easier said than done. If you're trying to purge your body of refined sugar, you can't risk having anything around that has sugar in the ingredient list. You might think you'll have the willpower to refuse it, but once your third day of withdrawals kicks in, there will be nothing stopping you from ripping open that sneaky bag of Oreos in the back of your pantry.

Related:
Add These to Your Smoothie to Drop Major Pounds

Schedule sugar-free indulgences throughout the week

Just because you're giving up sugar doesn't mean you have to give up the joy of eating. There are so many ways to enjoy dessert without consuming sugar. Pick a few healthy, plant-based recipes that satisfy your cravings for something sweet — without giving you the dreaded crash a few hours later. Here are a few great options to indulge in throughout the week:

Always carry healthy snacks with you

During my breakup with sugar, I would go through strange pockets of the day when I had a strong urge to snack on something. These times of the day were when I habitually reached for sugar, so instead of risking going back to that old habit, I always carried snacks with me that were free of sugar and high in protein, like vegan protein bars or almond butter and a banana. Sometimes I would even cart around half of a baked sweet potato, since it's full of fiber. Eating these healthy foods would curb my cravings and ensure I didn't eat something sugary.

Exercise at the time of day when you usually crave sugar

Some people crave sugar in the morning, while others yearn for it in the late afternoon. Then there are some who would do anything for sugar in the evening. It may sound unconventional, but it's helpful to plan your workouts around the time when you crave sugar the most. I changed my schedule and started going to the gym in the late afternoon, around 4 p.m., as that's the time of day when I would toss back anything sweet I could find.

By moving your body and getting the blood flowing, you forget entirely about your sugar withdrawals. Plus, you naturally crave things that are better for your body post-workout.

Related:
I Gained Weight When I Went Vegan — Here's the 1 Thing I Wish I Knew Before

Now's the time to get creative in the kitchen. Not only will it take your mind off your longing for sugar, but it will also give you the chance to learn what you're actually putting in your body at all times. Ask yourself what dishes you'd like to try cooking that you never have before. For example, I started experimenting with curries, since I've always wanted to learn how to make them myself. Every other day I would make a different kind of curry, and soon enough my diet completely changed, just from the sheer fact that I was cooking my own meals instead of eating packaged or processed foods.

Healthy Living
This New Alarm Clock Features Everything From Meditations to Sleep Playlists, and We Need It
by Tamara Pridgett 2 hours ago

Healthy Eating Tips
I Traded My Evening Glass of Wine For This Alcohol-Free Tonic, and I Sleep Better
by Lauren Manaker 4 hours ago 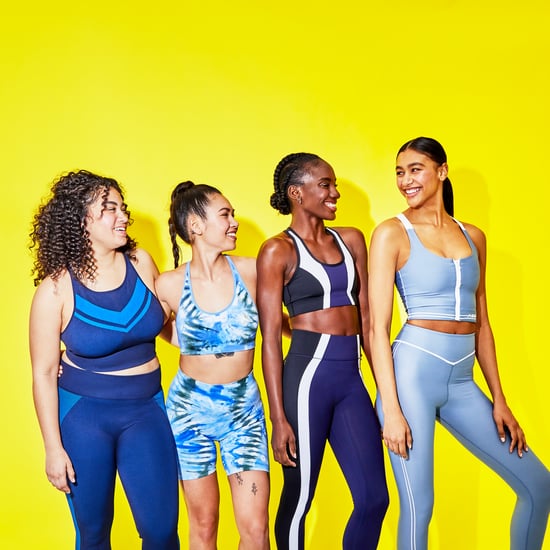 Personal Essay
As a Black Fashion Editor, My Loyalty to Brands Is Dwindling
by Natasha Marsh 1 day ago