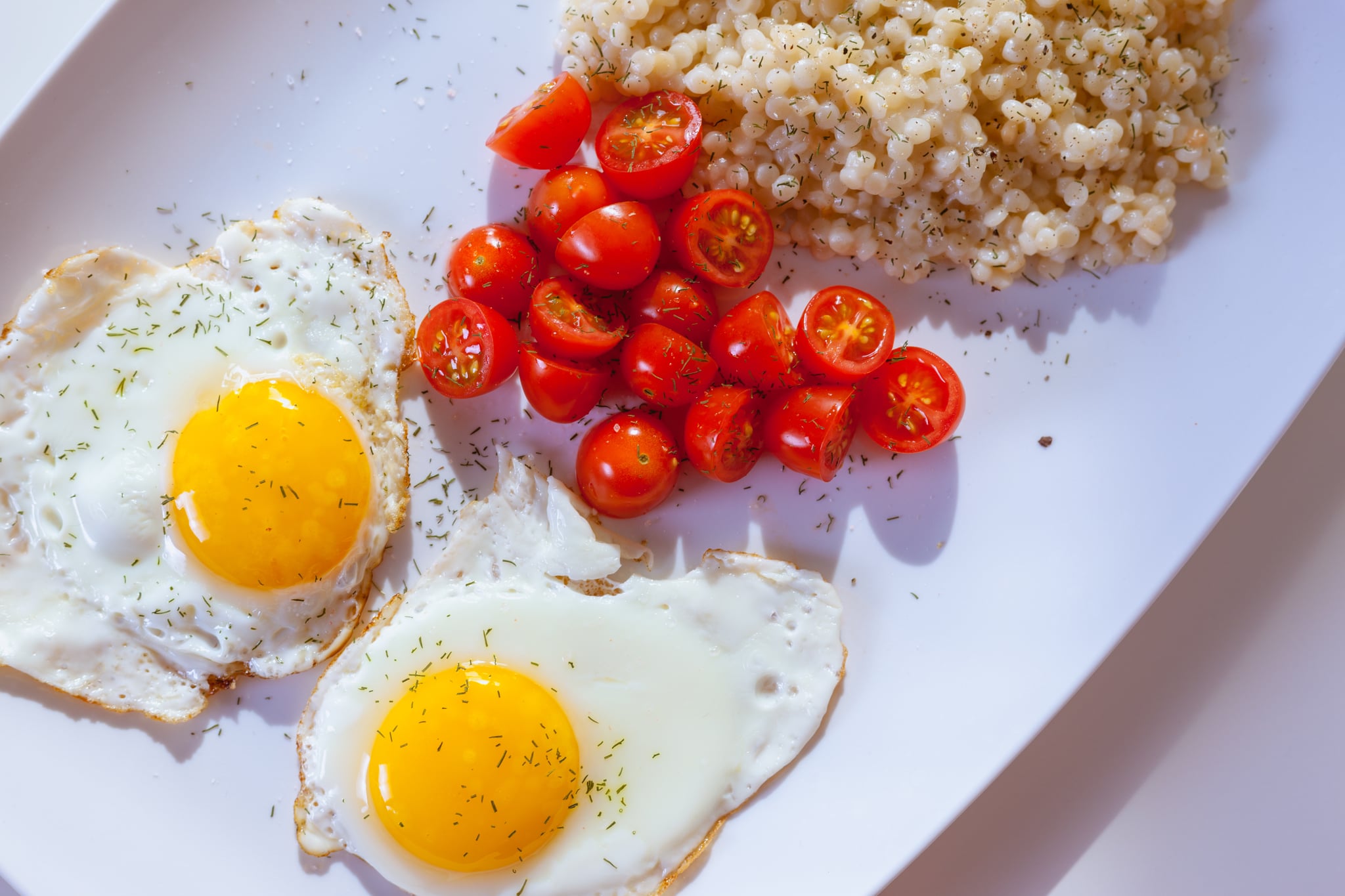 If you're anything like me, the idea of following a diet is daunting — especially one that forces you to quit pretty much all of the things you love — and therefore not something you're excited about diving into. That being said, I give serious credit to my OrangeTheory Fitness (OTF) trainers who got me excited to do a modified Whole 30 program, which helped me shed 10 pounds in 30 days.

I did a trial class at OTF, and it was love at first splat. About a month after I joined, my trainers posted a sign-up sheet for an Orange 30 Challenge but refused to give out any details. So naturally I signed up. They didn't tell us until the night before the challenge started exactly what we were in for; we would essentially be hitting an internal reset button by eliminating foods that have a negative impact on our health. It was a modified (i.e. less restrictive) version of the Whole 30 program that they dubbed the Orange 30. I was mildly terrified, but I had signed up and was going to crush this challenge (OTF brought out a competitive side of me that I never knew I had). There were only five rules we had to follow, and our trainer was there to coach us through the month, which, as it turns out, wasn't so bad after all. Here are the rules I followed for 30 days.

Related:
8 Tips For Tackling the January Whole30 Like a Pro

Eat real food. Real food includes meat, seafood, eggs, tons of vegetables, Orange 30-approved fruits, and healthy fats. Anything processed was out. That meant no deli meat, canned vegetables, or pre-made meals. This rule forces you to step up your food-prep game, but it's worth the extra effort and actually easy once you get into a routine. I prepped on Sundays. I'd make a compliant breakfast casserole and grill enough chicken breasts and sweet potatoes to last the entire week. With breakfast and lunch taken care of for the week, the only thing I had to worry about daily was dinner.

Related:
I Still Can't Believe How Much the Whole30 Impacted My Life For the Better

If it's not on the approved foods list, do not eat it! OrangeTheory gave us a list of approved foods, which was broken down into the following categories: proteins, fats, carbs, vegetables, fruits, nuts/seeds, and drinks. I was surprised by how long the list actually was and by the fact that carbs were not entirely off limits (I learned to love oatmeal, quinoa, and brown rice, while sweet potatoes became my new staple).

Do not consume added sugar of any kind, real or artificial. For me, this was the hardest part because I am a sugar addict. I was a big soda drinker, and dessert is my vice. I do wish that someone had warned me about sugar withdrawal (because yes, that's a thing). Thankfully, my trainer had me covered and sent over a recipe for Orange 30-approved sweet potato brownies that saved my life.

Related:
I Survived Whole30, and This Is Exactly How I Did It

Do not consume alcohol in any form. I promise that this sounds much harder than it is. I almost cried at the thought of not being able to order a prickly pear margarita at my favorite restaurant, but instead I decided that that would be my reward on day 31. And on day 31, that margarita had never tasted so good!

On day 30, we weighed in on a fancy scale that calculated our actual body fat. Mine was down exactly 10 pounds, and I had never felt better. Not only were my clothes fitting more comfortably, but I had more energy, rarely found myself in a bad mood, and I just felt so proud of myself for having accomplished something I never thought I could do. The best part was that I was eating foods I truly enjoyed and never once felt that I was depriving myself. Since I didn't resent the program, Orange 30 went from being a diet to a lifestyle, and because of that, I am forever indebted to OTF.

Personal Essay
As a Black Fashion Editor, I Have People Like André Leon Talley to Thank For My Dreams
by Shelcy Joseph 5 hours ago