Mosquito bites don't just cause an annoying itch — they can also be deadly. The Centers for Disease Control (CDC) have already reported 693 cases of the West Nile virus (WNV), with 26 of those cases resulting in death. In recent news, the mayor of Dallas declared a state of emergency to combat the spread of the mosquito-borne infection since there have been three times the amount of reported cases since 2003.

The good news is that less than one percent of those infected with WNV will come down with a life-threatening illness, but 20 percent will suffer from a fever, headache, body aches, nausea, vomiting, and sometimes swollen lymph glands or a skin rash.

To control mosquito populations, Dallas has decided to do aerial spraying, just like neighborhoods in New York City and Sacramento, CA. Here are ways you can protect yourself since Texas isn't the only state at risk and many people are spending time outdoors exercising in the warmer Summer weather,

People typically develop symptoms from WNV within three to 14 days of being bitten. If you're suffering from mild symptoms, it's not necessary to see your doctor, as the illness will improve on its own. However, if you are pregnant or nursing, or have serious symptoms such as intense headaches or confusion, seek medical attention immediately.

Summer
This Viral TikTok Recipe Is Just What Your Summer Needs to End on a (Watermelon Sugar) High
by Lauren Harano 11 hours ago
Rihanna
Rihanna Wore Teeny Denim Shorts in Miami, and Somewhere Daisy Duke Is Trembling
by Kelsey Garcia 16 hours ago

Summer
Frozen Honey Is Taking Over TikTok, but How the Heck Do You Make It?
by Haley Lyndes 1 day ago 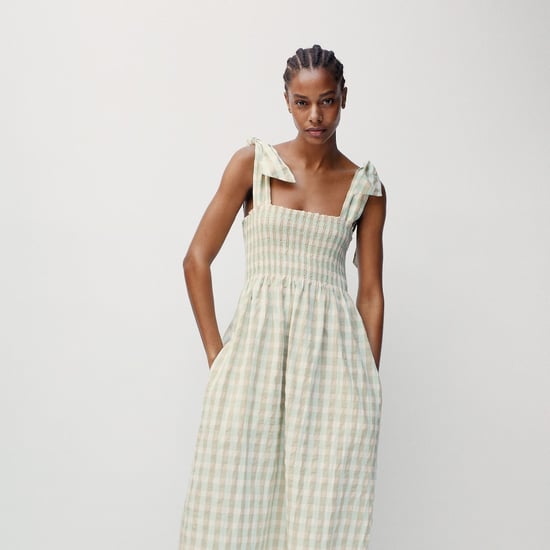