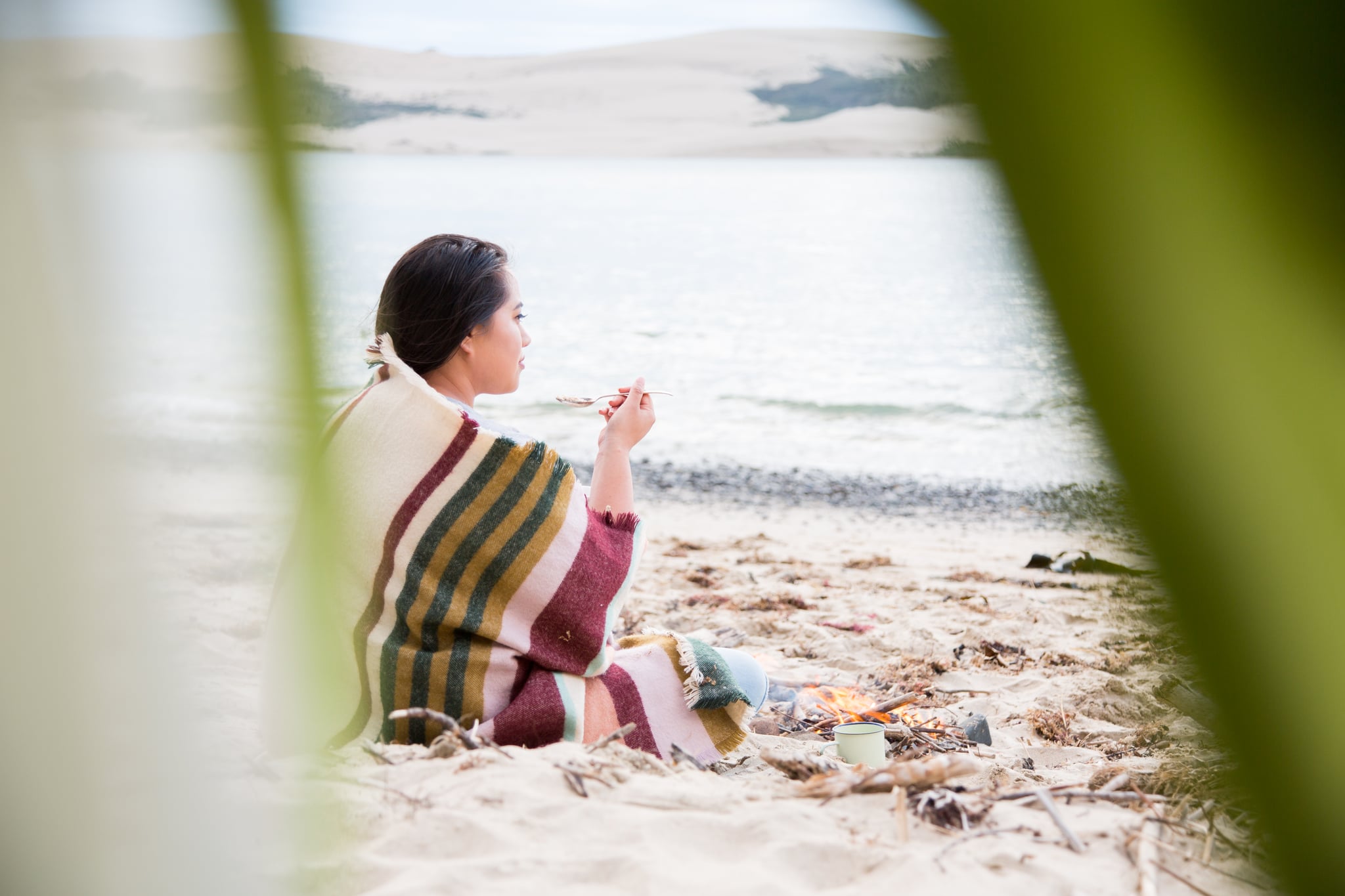 My overeating habits make the post-dinner lull a dangerous time for me. I love reaching for a bowl of cereal as "dessert" right after my meal. That's fine when I'm really hungry for it, and enjoying a food you love isn't a bad thing; in a balanced diet, there's always room for the healthy portions of the foods that taste amazing and make you happy. But indulging too often, when I'm already full from dinner, isn't a good long-term choice either. The treat tastes great while I'm eating it, but a little while later, the usual symptoms of overeating come out to play: bloating, lethargy, and sometimes even nausea.

"The body is smart and the body knows how much it needs," said dietitian Michele Fumagalli, RD, LDN, of Northwestern Medicine and Fit Plate Nutrition. "We just have to actually listen to it and know when we're hungry versus if we're craving something." Easier said than done, for sure, but Michele offered an easy tip to do just that. Think very clearly, she said, about carrots and hummus. Picture it in your mind: the taste, the texture, the feeling you'd get after eating it. Does it sound good?

"If you can ask yourself that and you think, 'Yeah, I'll eat carrots and hummus,' then you're probably hungry," Michele told POPSUGAR. If that snack doesn't sound good, she explained, "then you're probably just craving something really delicious instead." It doesn't have to be carrots and hummus, either — think of any snack that's a balance of healthy nutrients, like vegetables or fruit, and protein, like hummus or peanut butter.

Related:
12 Reasons You Overeat and Can't Seem to Lose Weight

I've tried this trick using bananas and peanut butter as the "imagined snack," and found that, even though that example taps into my natural sugar cravings a bit more, it's an effective test to see whether I'm actually hungry. If I really do need food, a filling snack sounds amazing. I'll grab my peanut butter from the fridge and go at it. But other times, when I imagine that snack in my stomach, it doesn't sound appetizing at all. That's a big sign that what I'm feeling is a craving, not hunger.

Frankly, I'll occasionally still eat the post-dinner cereal, even after I've determined that I'm just craving something. Sometimes, a girl just needs a bowl of cereal! But I've found that even in those cases, I like having the foreknowledge that, OK, I'm indulging here, and that's fine. I can eat a bowl of cereal, satisfy that craving, and be done with it — I don't have to stress about overeating, because I listened to my body, acknowledged that I wasn't really hungry, and made a conscious decision to eat the delicious food instead of mindlessly indulging.

"Our body knows best," Michele said, and getting curious about what your body is telling you — craving? Hunger? Somewhere in between? — can help you tune into what you need to feel strong and healthy.