If you've been thinking about going vegan but are concerned about the cost, getting enough protein, or missing out on a few key nutrients, here is some information to help you. Even though the rumor that going vegan automatically leads to weight loss has been cleared up, there are still a lot of questions out there. The choice to give up all animal products really depends on your personal preference and how you choose to eat, but before you nix the idea of veganism, learn a bit more about the diet and lifestyle. 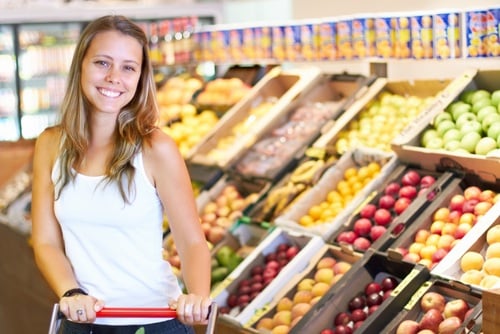 It's expensive: Yes, packaged vegan foods are expensive. There is a lot of time and preparation put into making something taste and feel like the real thing, but you don't necessarily need these pricey alternatives. You can use the vegan lifestyle as inspiration to cook your own food and skip the premade substitutes. To avoid overspending, it is best to save these store-bought alternatives for special occasions, like Thanksgiving. This might sound drastic at first, but one of the reasons people go vegan is to improve their health, and a diet consisting of plenty of packaged foods is not healthy. Plus the natural, more nutritious options like produce and nuts are actually cheaper.

You lack the right amount of protein: It might be hard to imagine eating enough protein without meat, eggs, and dairy, but there are loads of plant-based protein options, including beans and nuts. The reason vegans are able to fuel their bodies with adequate protein is because they partake in various protein sources that carnivores don't frequently use — hummus, to the vegan, is more than a dip. There are plenty of protein options out there including tempeh, seitan, pseudograins, and TVP (textured vegetable protein) that vegans can use in tasty, creative ways.

Load up on supplements: Although it is recommended that vegans take extra supplements for the nutrients they miss by skipping meat, poultry, fish, dairy, and eggs, it doesn't mean you need to take a laundry load of supplements. Iron and B-12 supplements are recommended for vegans unless they are adding enough into their diet daily. Vitamin B-12 can be found in fortified foods, which should be eaten two to three times a day, or in a daily B-12 supplement containing 10 micrograms or a weekly supplement containing 2,000 micrograms. Fortified soy milk is a popular source of B-12 as well as fortified meat (or faux meat). Iron is found highest in vegan-friendly foods like quinoa, spinach, lentils, and soybeans as the winner, containing 8.8 mg of iron in just a cup. Vegans are recommended to take double the recommended iron intake since the iron from plants is not absorbed as easily. You can make the choice yourself if you want to take extra supplements like iron and B-12, include them in your food, or do both!

Healthy Living
Yep, There's a Reason Your Feet Are Always Cold
by Elisa Cinelli 8 hours ago

Healthy Living
If Worrying Keeps You Up at Night, It Might Be Time to Try Deep Sleep Meditation
by Elisa Cinelli 2 days ago

Healthy Living
Ever Wonder Why Stress Leads to Shoulder Pain? We Asked 2 Experts to Explain
by Brittany Natale 2 days ago