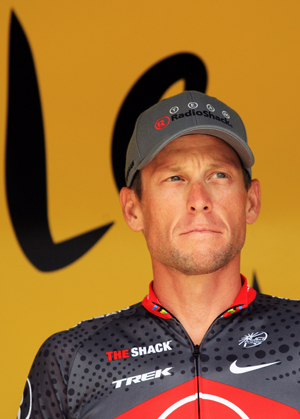 When Floyd Landis (the cyclist stripped of his 2006 Tour de France title for doping) publicly accused Lance Armstrong of using performance-enhancing drugs, I dismissed it as jealousy on the part of Landis. The accusations were made a few months ago during the Tour of California, and Lance denied any wrongdoing. At the time there was little evidence to support what Landis had to say.

Today, The New York Times ran with a story stating that the criminal investigation against Lance for "systematic doping" is intensifying: several cyclists (including former teammates) have provided details of how Lance and other members of the United States Postal Service cycling team used performance-enhancing drugs and blood transfusions during races. And accusations have been made that the team sold its bikes to finance a drug program for its athletes.

Lance has had a remarkable career in cycling, and beyond that won a personal battle against testicular cancer. If these allegations prove to be true, it will be utterly heartbreaking. In a sport already plagued with doping scandals, to have its greatest athlete fall under the microscope could prove to be devastating.

For now, Lance is keeping quiet, but he has said in the past that he has never doped during his career. Lance's lawyer spoke out, saying there is no "scientific evidence" to back these claims, and only a series of accusations from fellow cyclists "caught up in the pursuit of a celebrity to catch him in a lie." I'm waiting for more details to come out before forming my final opinion, but I am hopeful that Lance is telling the truth. Tell me . . .

Pharrell Williams
Pharrell Designed Jerseys For These Iconic Soccer Teams, and We Can't Enough of the Tie-Dye
by Maggie Ryan 1 day ago

Politics
"There Is No Doubt Who We Support": In a Rare Move, the Seattle Storm Endorse Biden-Harris
by Maggie Ryan 6 days ago

Baseball
Congrats, Jessica Mendoza, For Becoming the First Woman Analyst at the World Series
by Samantha Brodsky 1 week ago