Lady Gaga's near collapse on stage last week had both fans and the media worried: has the grueling tour schedule finally proved too much? The star looked frail during a New Zealand performance of "Bad Romance" — even having to sit and lie down through the song. This incident comes shortly after postponing two concerts in the US due to exhaustion. She did, however, make it through the song and looked as good as new at the next night's performance.

On Friday, she told Australian radio hosts, Kyle and Jackie O that it was jet lag — not overwork — that caused her to nearly pass out: "I was so jet lagged. I passed out about three times on stage that night but I got myself to the floor. I'd rather die on stage than walk off because I was going to pass out."

To find out how to make jet lag more bearable, read more.

I think most people can attest that jet lag has the power to leave us feeling incredibly tired, irritable, and foggy. For some, it even causes headaches and may make sleeping difficult. And while most of us aren't putting ourselves through the rigor of Lady Gaga's tour, there are ways to make jet lag more bearable during the times we do fly.

Healthy Living
If You Have Diarrhea, Abdominal Cramps, and a Fever, It Could Be a Salmonella Infection
by Christina Stiehl 8 hours ago

Healthy Living
On Birth Control? Here's What to Do If Your Period Starts Before You Reach the Placebo Pills
by Emily Weaver 10 hours ago 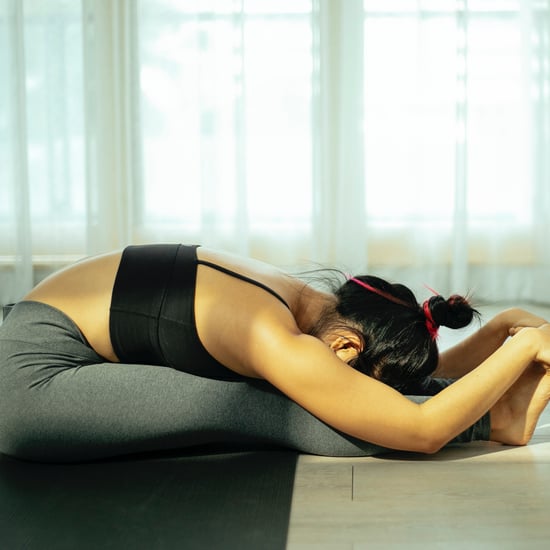 Healthy Living
10 Mental Health Podcasts That Will Help You Feel Seen (and Teach You Something, Too)
by Sydni Ellis 1 day ago

Healthy Living
IUD Insertion Doesn't Have to Be Excruciating: Here's How My Doctor Minimized the Pain
by Maggie Ryan 1 day ago