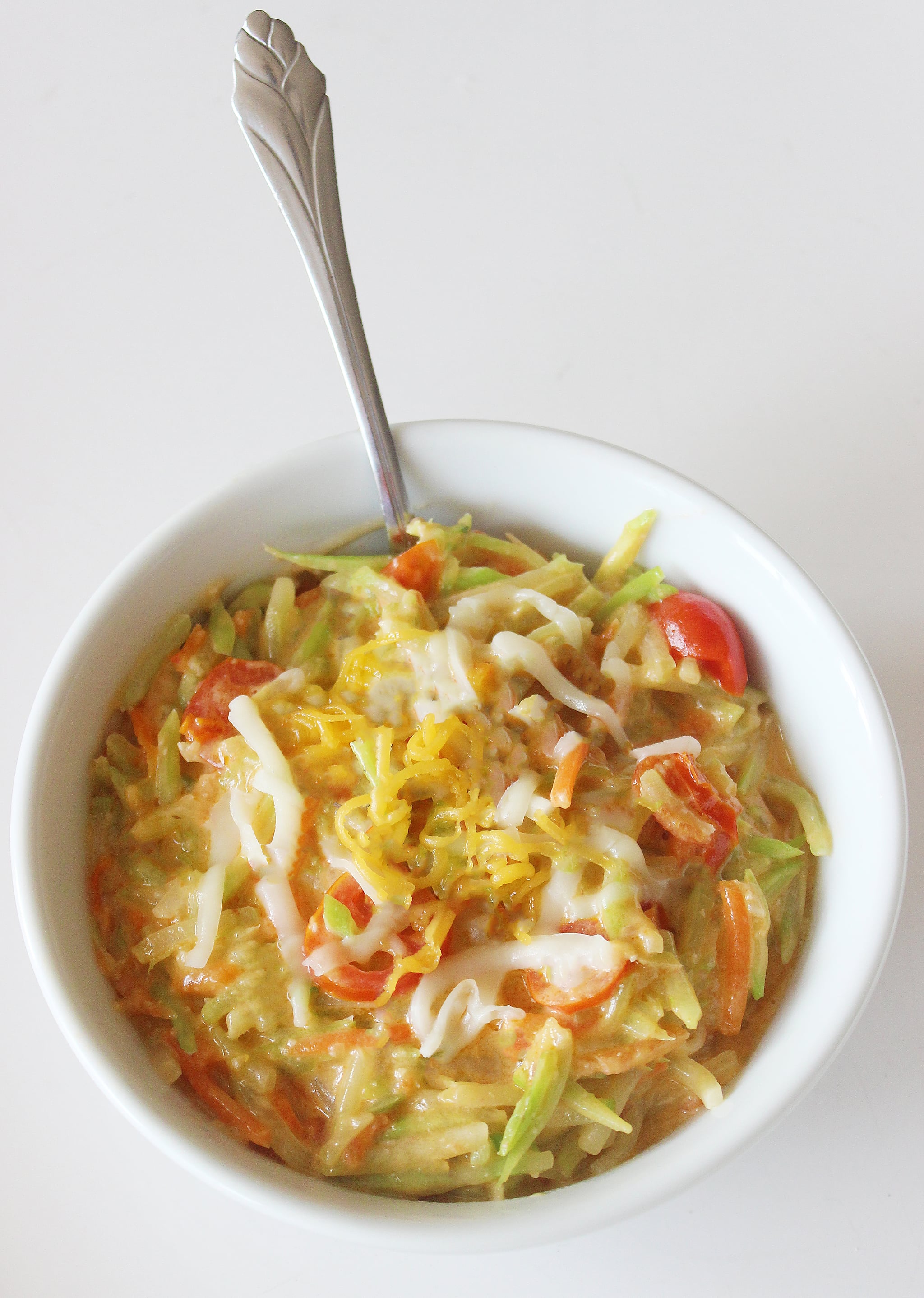 If you're craving mac and cheese but are trying to cut back on pasta, this recipe is for you. Cheesy, creamy, and under 315 calories, this recipe lets Trader Joe's versatile organic broccoli slaw stand in for traditional noodles, so you won't leave the table feeling overstuffed and bloated from all that gluten. This recipe is delicious on its own, but it could also be cut in half (or shared) as a side dish with an additional source of protein. A piece of grilled chicken or lean steak would be tasty on top. 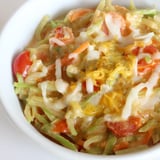