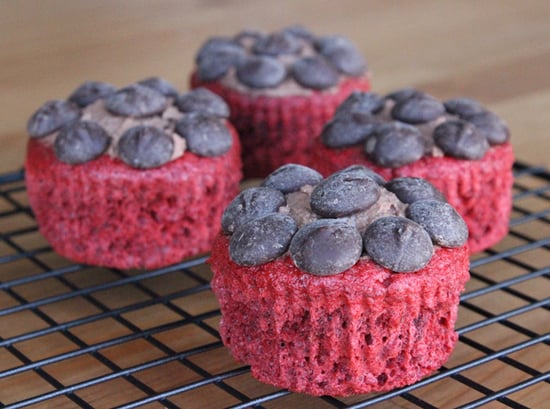 For a sweet treat that cuts back on calories, fat, and sugar, bake a batch of light and airy low-calorie red velvet cupcakes. While there's still a tablespoon of agave nectar used, the high-sugar content of traditional cupcakes is brought down with the addition of Stevia to the mix. This recipe only makes four cupcakes total, but consider it a blessing — this way you won't be tempted to chow down on all the leftovers lurking in the kitchen.

The zero-calorie sweetener is not something I typically use in baking, but I was more than pleased with the results.

Healthy Living
For $650, You Can Buy an Air Purifier That Eliminates 99.9% of Airborne COVID-19
by Maggie Ryan 1 hour ago

Healthy Living
This Hysterical TikTok Explains How the COVID Vaccine Works, and Oh My God, the Beatboxing
by Samantha Brodsky 1 hour ago

Healthy Living
I Did This 3-Step Journaling Method For 10 Days, and It Noticeably Improved My Mental Health
by Maggie Ryan 6 hours ago