Anyone who has attended a barre workout knows making it through an hour-long session is no easy feat. But what about those big, muscly dudes at the gym who claim to be in tip-top shape; how would they feel after 60 minutes of lifts and tucks? Read on to hear all about Matt Borucki of Dude's Digest and his first experience at a barre class. We have a feeling this guy is going to walk out of that studio saying, "What the tuck just happened?" 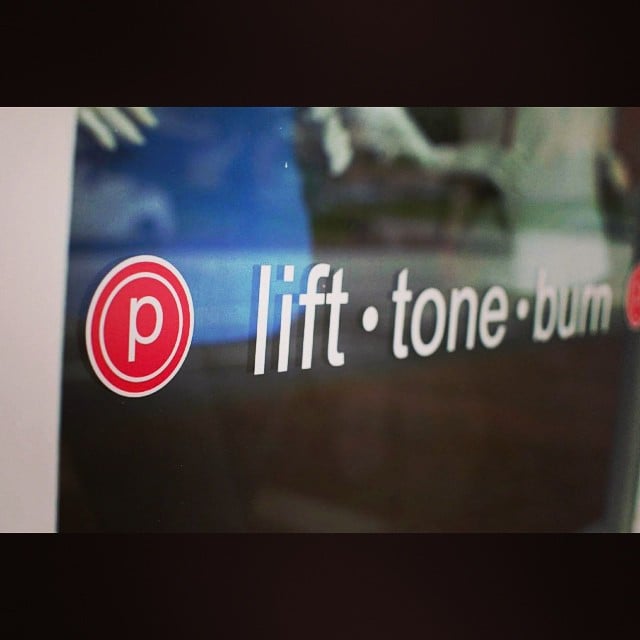 My fiancée goes to Pure Barre five times a week, apparently to look better than she already does (not possible). If you're not familiar with Pure Barre, it's basically a chick cult, which also includes a workout session where you use a barre to perform isometric movements. She comes home and talks about how "hard" class was. I pretend like I'm listening, because that's what good fiancés do, but really I'm laughing on the inside.

Last week she tells me Pure Barre is having a "Bring the Men" session, and she wants to bring me to class with her. I was knee-deep in a Destiny Crucible match, and as all men know, when your girl asks you if you want do something while you're gaming you simply respond with "yes" and hope she forgets because you will. Well let me tell you something, she didn't forget. She literally brought it up once an hour since her proposal.

I immediately regret this decision, not because the class will be hard, which it won't be because I'm a superior athlete, but because GameStop called to tell me I can pick up the video game I pre-ordered at 9 p.m. on Monday, which happens to be the same time as class. I turn this into a bargaining chip to get some unobstructed gaming time in. I'll go to class, if we go pick up the game afterwards. She responded with "yes" so quickly you would have thought I volunteered to pay for her wedding dress.

Usually when I'm doing some sort of athletic activity: brisk jog, flag football, looking for stray cats in the neighborhood to collect reward money, I get mentally focused. I didn't do any of this. Not only that but I walked into this class with my d*ck so far out I wanted people to think I was the god damn instructor. Much to my surprise, I wasn't the only male who got duped into coming to class. There are five other couples in class with us.

Upon entering we need to collect three items for class: some resistance bands, two dumb-bells, and a ball I recognize from high school dodge-ball that I used to pelt the nerds in the face with. Not sure if they are on a budget or what, but they don't have the 60 pound dumb-bells I'm accustomed to, only increments less than five. They'll do I guess.

So we go take our positions and the instructor starts playing some progressive and trance vibes, i.e. 128 to 140 BPM sh*t. I'm really getting into it now. The fun is short-lived though. We start moving. We start moving fast. I was expecting some type of warmup but no. My fiancee is firing on all cylinders. She's a natural. I on the other hand look ridiculous. You could compare my success rate in these coordination exercises to a paraplegic trying to roller-blade. Little did I know that the next 55 minutes would be the worst of my adult life.

We lay on the floor and start with aerobics. The "instructor" is "instructing" me to contort my body in ways God never intended it to. My leg is out, my arm is up, basically we are playing Twister and I spun the four corners. We are five minutes in, and I'm getting shown up by six girls with an average weight of a buck o five.

We move to abs. Abs I can handle I thought. But I thought wrong, you guys. Not sure where this workout originated but my mid-section feels like it's being ripped open by ten-grit sandpaper. After all, lift, tone, and burn is the motto of Pure Barre, I learn. We move to planks which I'm laboring through. We are 15 minutes in, and I want to quit.

Next we're doing push-ups, then arms, then shoulders. I feel like the Great Wall of China is piling on top of me. Some bro across the room has run into the backroom. I want to join him, but I'm refusing to be that guy. I didn't care if I passed the f*ck out and woke up in the hospital, I wasn't giving anyone the satisfaction of knowing I couldn't make it through this workout. The other guys have horror written all over their faces. We're gonna make it, bros.

I'm playing mental games to get through this session. 45 minutes to go. 45 divided by five is nine. BASEBALL! I'm treating every five minutes like it's an inning to give myself some way to cope with the time. Fourth inning, top of the order coming back up. Oh man, top of the sixth, bullpen is stirring. Seventh inning, need an insurance run . . .

I want to die.

My fiancée keeps looking at me and smiling. Borderline laughing. Can't wait till she's pushing out our child between her legs. I will be standing over her with a sh*t eating grin on my face. 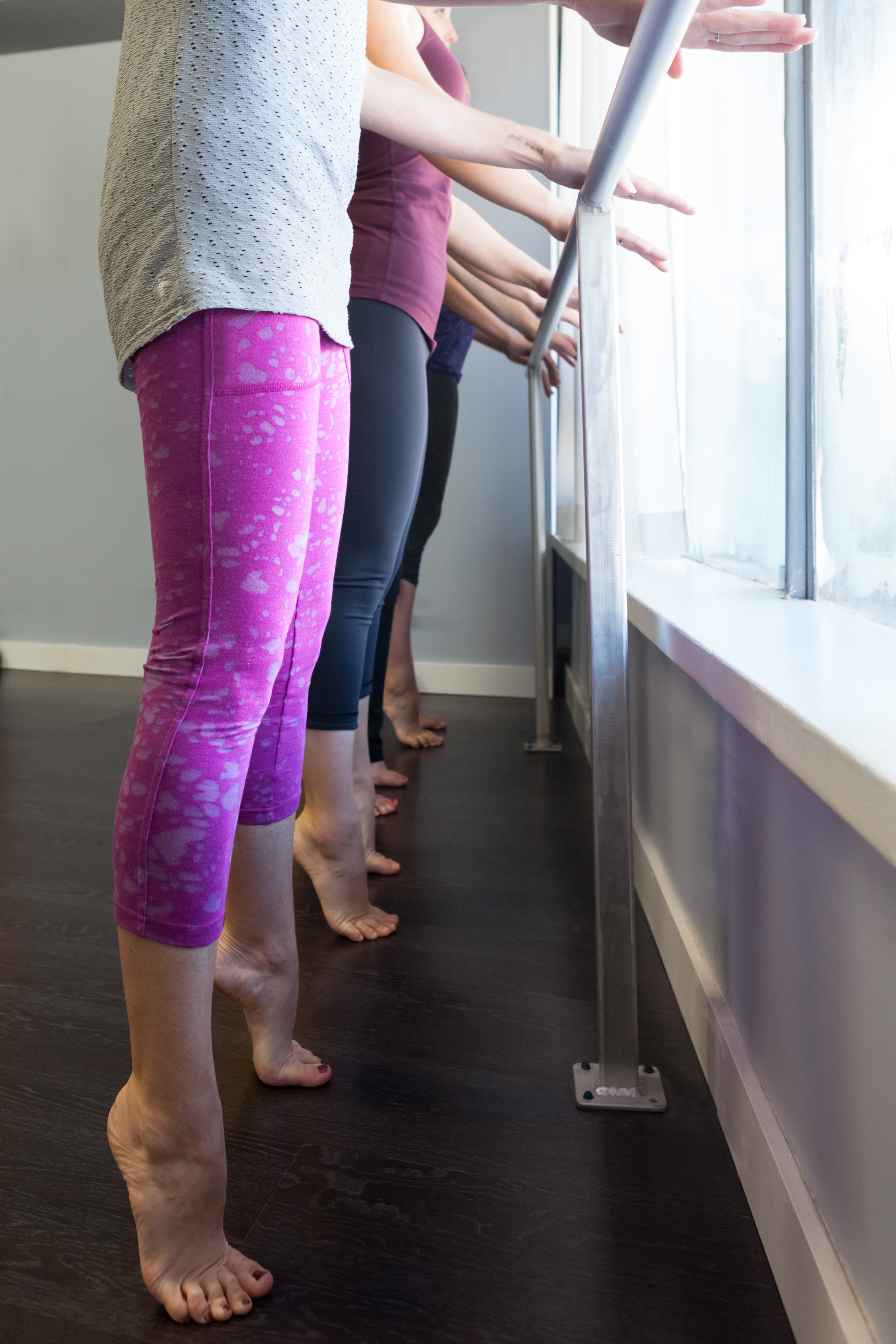 We move to the barre. Instructor tells me not to lean or put too much weight onto it. If she knew that was the only thing keeping me from keeling over she wouldn't have been saying that. Every exercise I'm supposed to be violently tucking my pelvis into my abs. "And tuck, and tuck, and tuck." All I'm thinking is I want to be tucked into bed by my Mother.

I go through a 15 minute stretch (or three innings, whichever you prefer) where I have no memory. Probably blacked out. Not sure if my body was shutting down, the only thing I recall is getting flashbacks of my childhood when I played with Stretch Armstrong, because those are the movements the instructor is asking that I replicate. Eighth inning arrives! 10 minutes to go!

We went into what was called the Cobra Stretch. At this point, I would have rather been eaten by a god damn Cobra then doing this god damn stretch. F*ck me. We finish with some more ab work and I'm thankful because it involves laying down on a mat so if I passout few will notice. Strike three, closer gets the save, game over. The room is spinning. I need a beer.

Get enough women together and they can figure out what men want. We went outside the room and there are pretzels and beer waiting. I'm in no mood to field the cliche rhetorical questions from the others, "Have fun? "It's hard, right?" I grab two Bud Light bottles to-go and start walking to the car. I need an IV and a body cast.

Add Pure Barre to the list along with Instagram pressure, high-heels, night cream, and 2 1/2 hours to get ready for night out, of things women have to do to be socially acceptable. I want no part of that. Shout out to females everywhere. You're the real MVP. I'll stick to the weight room where I dictate how much time I have between sets and natural body movements.

Relationships
Why Is It So Much Harder to Get Over a Healthy Relationship Than a Toxic One?
by Taylor Andrews 21 hours ago