As far as vices go, smoking has always taken top honors as being the worse thing you can do to yourself. Not anymore. A new study says that obesity is becoming a bigger threat to a person's quality of life than having a cigarette habit.

The results are based on interviews conducted with 3.5 million adults in the United States from 1993-2008 — the largest ongoing health study of its kind. During the 15-year period, the proportion of smokers in the study declined by 18.5 percent, while the proportion of obese adults increased by 85 percent. The study's findings also confirm that obesity causes more illnesses than smoking and that it's a greater contributor to disease and a shorter life expectancy.

Smoking isn't off the hook, though — it's still a major health risk. The study found that there were more smoking-related deaths than those related to obesity. So while being obese will cause a host of illnesses, diseases, and a shorter life expectancy, the greater risk associated with smoking is death. Either way you look at it, it's not good.

If you find yourself in either of these high-risk categories, please use the new year as an excuse to reform your health. Here are some great tips to help you quit smoking and lose the weight and keep it off. Remember that we are totally behind you and here to help!

Healthy Living
FYI, You Can Still Get COVID-19 If You're Fully Vaccinated — Here's Why You Shouldn't Worry
by Christina Stiehl 2 hours ago

Healthy Living
FDA Will Allow Abortion Pills by Mail During the Pandemic — but What Is a Medication Abortion?
by Samantha Brodsky 3 hours ago 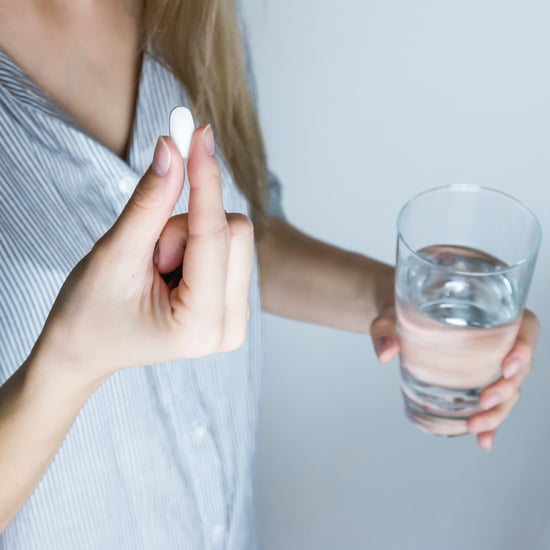 Healthy Living
Taking an Iron Supplement? Experts Explain How to Time It So the Pill Is Properly Absorbed
by Sydni Ellis 23 hours ago