The US Open isn't just about impressive athletic skill — it's about the fashion, too! Self has the details on up-and-comer Sloane Stephens's vibrant Under Armour gear, and what it's like for the tennis star to be competing in the tournament. 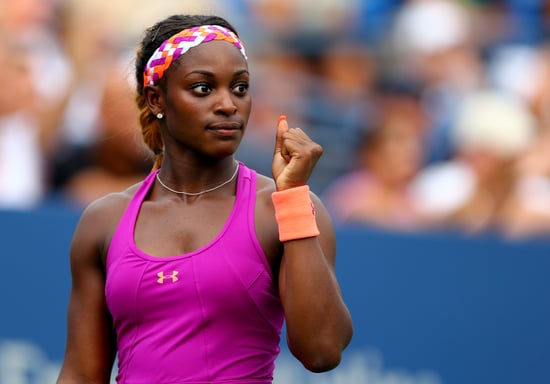 If there's one to watch this US Open tournament, it's surely Sloane Stephens. The natural-born athlete — her father was a highly regarded running back in the NFL; her mother, the first African-American, All-American female swimmer — is currently seeded 15th for the tourney and ranked 17th in the world, and has her eyes on winning her first Grand Slam title. But our eyes aren't just set on the rising star (and her rock-hard core): We're excited to bring you the sneak-peek to Stephens' on-court ensemble created exclusively for her by activewear giant Under Armour.

In talking with Sloane, there's no doubt her vivid court outfit is reflective of the vibe at the Open. "The fans are the reason the [US] Open is one of the best tournaments in the entire world. There's an electric atmosphere," the 20-year-old Florida native says, "and there's nothing like a home crowd." And just like Sloane's personality, the Under Armour gear she helped design — and will be one of the faces of — "is energetic and bubbly," she says. "UA makes really cute outfits that use vibrant, fun colors and they always seem to be ahead of the trend."

To keep her vibrancy up for match time, Sloane likes to listen to some tunes beforehand. "I wouldn't say it's motivational, but I do listen to it before my matches. Good music just makes me happy and keeps me from getting distracted." On her iPod (possibly on repeat) right now? "Clarity by Zedd ft. Foxes," Sloane added.

But the one thing that does motivate her is something that tennis legend Billie Jean King once told her. (OMG, Billie Jean King and Sloane talked?!?! #Jealous.) "'Pressure is a privilege,' she said. And I'm so thankful for everything that's happened this year, so I just have to remember to embrace it all and have fun while doing it." Truth, Sloane. We'll be rooting for you — in your chic Under Armour attire, natch.

Workouts
I Did Barre Workouts For 2 Weeks, and These 10 Videos Helped Tone and Shape My Legs
by Kennedy Hill 1 day ago

Workouts
Kelsey Wells's Ab Workout Is Only 6 Moves, and It Will Leave Your Muscles Exhausted
by Tamara Pridgett 1 day ago 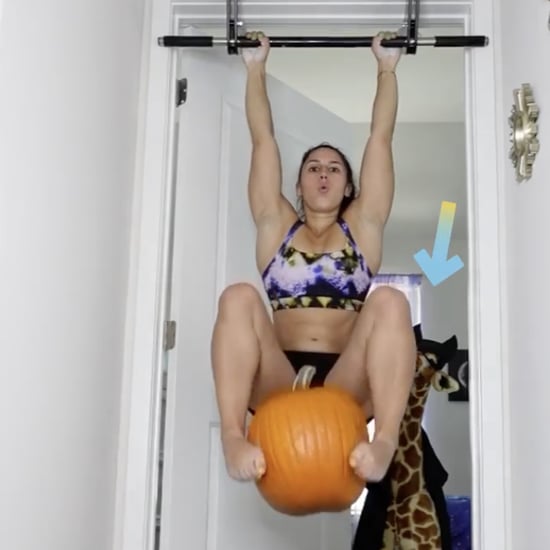 Halloween
This Trainer's Abs and Arms Pumpkin Pull-Up Challenge Is Scary-Good — Are You Up For It?
by Maggie Ryan 15 hours ago