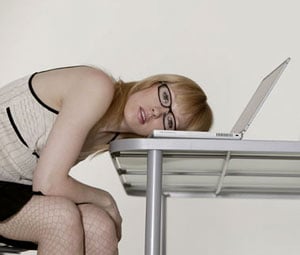 When I was a vegetarian in college, aside from not getting enough protein, my mother was always worried that I wasn't getting enough iron. While being vegetarian doesn't automatically mean you have an iron deficiency (also referred to as anemia), it definitely puts a person at risk. Women in general are also more at risk for iron deficiency because they tend to diet more than men, and may not get enough iron from the foods they eat. Women also lose blood every month (if they're not on birth control that stops their period), and heavy periods are especially a risk factor. Pregnancy and breastfeeding can also lead to iron deficiency.

For women over 18, the RDI of iron is 18 milligrams, and eating a diet rich in iron is one way to prevent anemia. The best food sources are red meat, seafood such as salmon, oysters, and tuna, chicken, egg yolks, oats, beans, soy products, leafy greens, dried fruit, and cereals fortified with iron.

How will you know if you're not getting enough iron? Oh you'll know. Symptoms include extreme fatigue, pale complexion, weakness, shortness of breath, headaches, dizziness, cold hands and feet, irritability, sore tongue, brittle nails, and a weird craving for non-foods such as dirt or ice. If you're experiencing these symptoms, talk to your doctor. They'll help figure out what's causing your deficiency, and be able to recommend ways to get your iron levels back up to par.

Have any of you every suffered from an iron deficiency?

Health
I'm a Latina With Endometriosis, and Here's Why My Story Matters
by Johanna Ferreira 8 hours ago