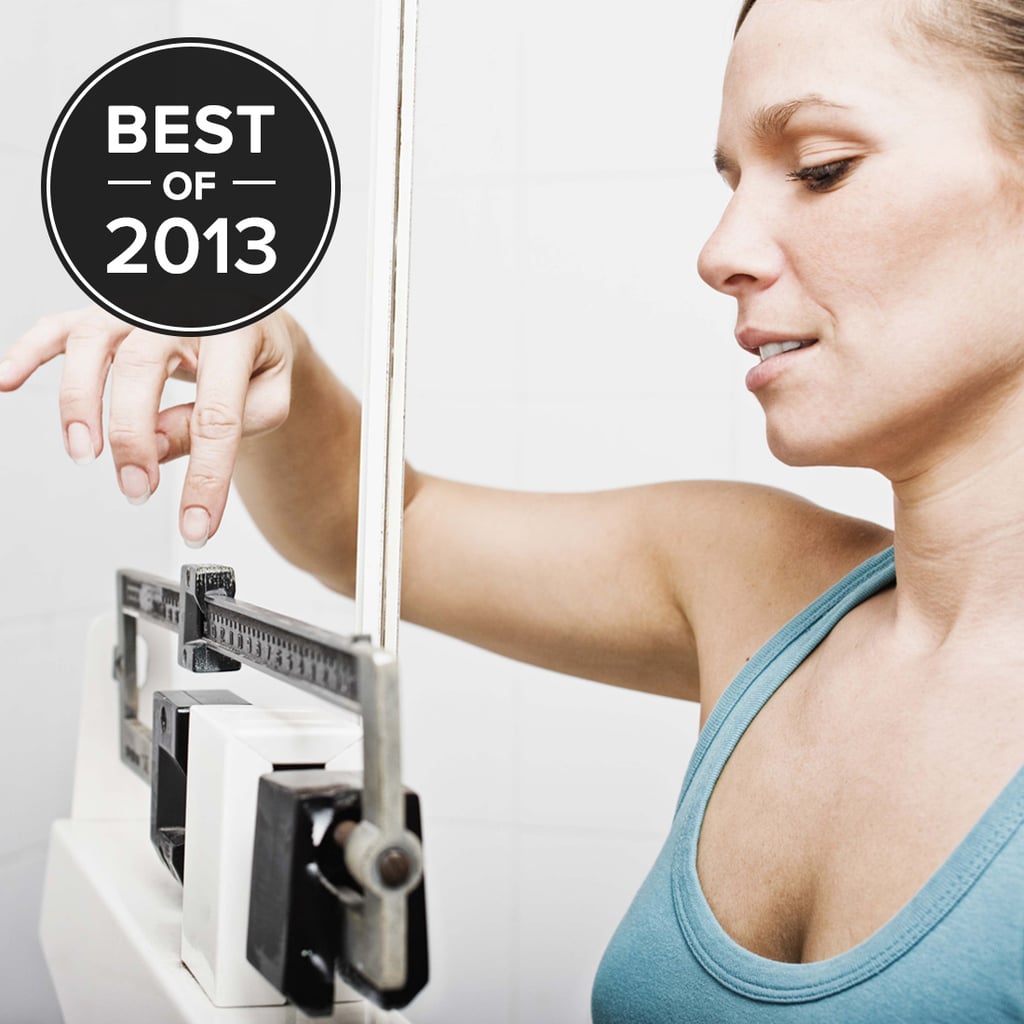 Another year, another 365 days to unlock the secrets to sustainable weight loss — and in 2013, researchers did not disappoint. From finding the best time to eat a big meal to finding yet another reason to chow down on chocolate, here are the most interesting weight-loss news stories of the year!

We've been learning more and more about just how important sleep is for our waistlines; this year, researchers showed that lack of sleep can actually change how we respond to junk food. When sleep-deprived participants were shown photos of fatty foods like pizza and doughnuts, the reward centers in their brains lit up much more than those who had gotten enough sleep — proving that when you're sleep deprived, you're more likely to make less-than-optimal diet choices than when you're well rested.

Last year, it was red wine, and this year it's even more good news: a new study found that dark-chocolate eaters who ate more calories than non dark chocolate eaters still had lower BMIs. The study suggests that an antioxidant found in dark chocolate, epicatechin, may block your body's absorption of fats and sugars.

A small study published in September found that the optimal amount of protein for those trying to lose weight may be more than the recommended daily allowance (RDA) set by the Food and Drug Administration. Researchers put patients on specific diets that differed in protein — groups either ate the RDA of protein, double that amount, or triple that amount. Those who ate double the RDA of protein lost more fat than muscle, which is important for keeping metabolism levels up when you are trying to lose weight.

4. A Well-Timed Big Lunch Is Key

If you find it hard to schedule a midday meal break during your hectic work day, listen up: a recent study found that late lunchers (those who ate after 3 p.m.) ended up weighing more than those who ate a big lunch earlier. The study also found that late lunchers were more likely to skip breakfast — also a no-no if you're trying to drop pounds. Since the Spanish participants ate their biggest meal at lunch, the study also suggests that front-loading your filling meals during the day can be beneficial for your waistline.

by Samantha Brodsky 35 minutes ago