It can feel impossible to stay active when you're stuck at a desk for eight hours a day. Even if you have a regular workout schedule, simply being confined to an office every day will make you feel like you're not getting the movement your body requires. This has been a big struggle for me for years: no matter how much I worked out in the evenings or mornings, I would still leave my desk at the end of the day feeling stiff and grumpy.

My normal outfit to work is pretty casual. I'm generally in jeans and a button-up shirt or bodysuit, and I tend to wear boots or a pair of Dr. Martens. However, having an abundance of athleisure in my closet (and a new pile of Ivy Park Fall 2017 pieces), I decided to put my workout clothes to the test and see if wearing them to work would make a difference in my overall fitness. Here's what I discovered after five days of wearing my gym gear to the office.

On average I take 10,500 steps a day (which doesn't include the steps I take if I go for a run). Most of my steps come from the fact that I walk to and from work; I honestly don't take many breaks away from my desk to take a walk around the building.

Wearing sneakers and leggings every day left me with no excuses, though. I stepped out more often during the day to go to the post office, pick up lunch, run an errand, etc. I was even more likely to walk around the office just to stretch my legs. My average steps ended up living right around 11,500.

I Stretched More Throughout the Day

I have some chronic back problems, so I know that I'm supposed to spend a good amount of time every day stretching. That's hard to do, though, when you're wearing high-waisted skinny jeans and a bodysuit. However, I felt so comfy in my new Ivy Park pants that I wanted to stretch as often as possible.

I sneaked into our office's little library/brainstorm room every chance I got to do Lizard Pose, Pigeon Pose, and even Downward Facing Dog, none of which I would have been able to do in my normal outfits. (Not sure if anyone saw me, but that's a different story entirely.) On the third day I even brought my massage balls with me, which I used to roll out my lumbar spine.

As a result, I experienced less back and neck pain at the end of every workday, which left me in a much better mood for the rest of the evening.

Related:
I Gave Up Sugar For an Entire Month, and Here's What Happened

I Went to the Gym More Often

There's really no reason not to go to the gym after work when you're already wearing workout clothes. You've already won half the battle. Four out of the five days, I went straight to Equinox after office hours, where I either did strength training or a cycling class. I came home feeling refreshed rather than exhausted, and I had a great appetite for dinner.

I Used My Standing Desk More

After a while, heeled boots can take a toll on your feet, so I found some serious relief in my Puma and Nike sneakers. Standing at your desk trumps sitting any day of the week, and I learned that firsthand, since I spent most of the day on my feet while working. I had much less lower back pain at the end of the week.

Related:
Pack a Different Healthy Lunch Every Day This Month With Over 30 Fresh Recipe Ideas

It Made Me Feel Healthier All Around

I don't know what it is about wearing my favorite Alo leggings, but it made me reach for my water bottle way more often. I ended up drinking almost 90 ounces of water one day, compared to many other days when I can barely get through 40 ounces. Additionally, I found myself making healthier choices for lunch and afternoon snacks. Something about dressing up for a healthy activity encouraged me to engage in other healthier habits, which eventually made my whole day better. 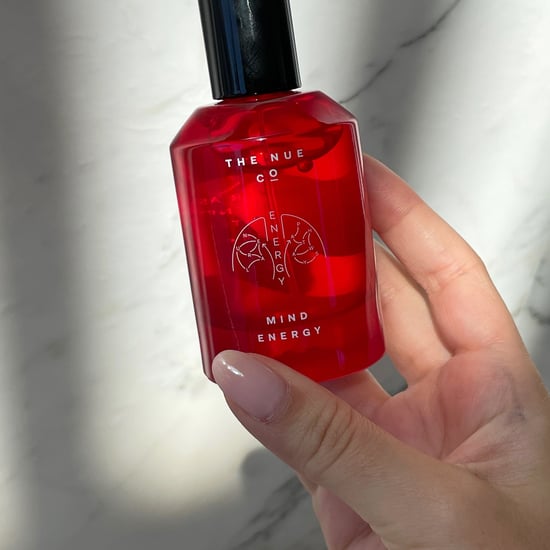