In 2016 I gained quite a bit of weight. It was by far my toughest year yet; I experienced loss, survived a near-death experience, and moved across the world to start a new life in a city I had never even visited before. It was impossible to keep my normal diet and fitness routine in the midst of all this chaos, so I ended up putting on some extra pounds — a fact I wasn't stoked about, but I knew it was only temporary.

At the beginning of this year I started my weight loss journey (well, it felt more like a battle at the start). Over the course of several months I got my diet back on track, started exercising more, and even meditated on a daily basis. But for every step forward, it seemed like I would take two steps back, and I couldn't get rid of those last stubborn pounds. It wasn't until recently that I made two significant changes to my lifestyle that helped me shed the unwanted pounds.

Related:
I Wore Workout Clothes to the Office For a Week — and It Was a Game Changer

For starters, I started lifting heavy weights. I had always loved strength training much more than cardio. Give me a barbell any day of the week, just as long as I don't have to run at all. But I was one of those women who was afraid to lift heavy — I didn't want to look "bulky." After researching and talking to a few personal trainers, though, I learned that lifting heavy weights wasn't going to make me bigger. In fact, it was going to do the opposite and help me slim down.

So I started back squatting, hip thrusting, shoulder pressing, and deadlifting, all with the help of a personal trainer, so I could learn how to do it all on my own. I even incorporated chest dips and bench press into my workout routine. Before I knew it, I was squatting 200 pounds — and feeling like a total badass.

The picture on the left was from six weeks ago, and the one on the right was taken the other day. I couldn't believe how quickly the transformation started showing up on my body. Not only did I lose belly fat (without doing any ab exercises whatsoever), but my legs were slimmer, I lost fat on my shoulders and upper arms, and even my cheeks were less chubby. More importantly, though, I was feeling like myself again. I woke up with more energy every morning and felt stronger each day.

Another big change I made was the size of my meals. I already eat a vegan, plant-based diet, so I knew I didn't need to revamp the quality of my diet. Rather than trying some sort of diet fad, I simply started eating smaller portions of the food I already consume on a daily basis. When I packed my lunch, I packed a good chunk less than what I normally eat. Rather than putting a whole banana in my smoothie, I just used a small piece. These minor changes helped me reach my goals in a short amount of time.

I also made sure I was getting enough protein every day, because you can't make muscle gains without eating enough protein. I never counted my calories, but I only ate when I was hungry, and stopped when I was full. This was probably the biggest difference in my diet. Before, I was emotional eating left and right — between meals, late at night, whenever there was food around. Becoming more intentional and thoughtful about what and when I was eating made a huge difference.

Here's another picture of what I look like now.

A few people have commented on my progress and asked how much weight I lost. The truth is, I haven't lost any pounds on the scale. In the body scans I've been doing with my trainer every few weeks, though, it shows that I went from being in the "over" category of body mass index (BMI) to "normal." I ended up gaining three pounds of muscle and losing a couple pounds of fat. It's clear that the scale doesn't tell the full story.

I know my weight loss journey isn't over yet, but I'm floored at the progress I've already made, especially considering the fact that most of it came from heavy weight lifting, an activity that is known to be popular among big dudes.

But the truth of the matter is, women's bodies contain a small fraction of testosterone compared to men's, and that's the very hormone that produces muscle mass. So it's almost impossible to get "bulky" when you're lifting heavy weights (unless you're taking crazy supplements, of course). Furthermore, the more lean muscle mass you develop in your body, the more fat and calories you burn throughout the day.

Throughout all this, I was still doing cardio four times a week, because as good as weight lifting is for you, you still need cardio if you want to lose weight! I did an endurance running class twice a week, as well as cycling and HIIT cardio.

I can't wait to see what kind of changes will happen in another six weeks, because I'm still continuing along my path of weight lifting and portion control. And I'm feeling better than ever. 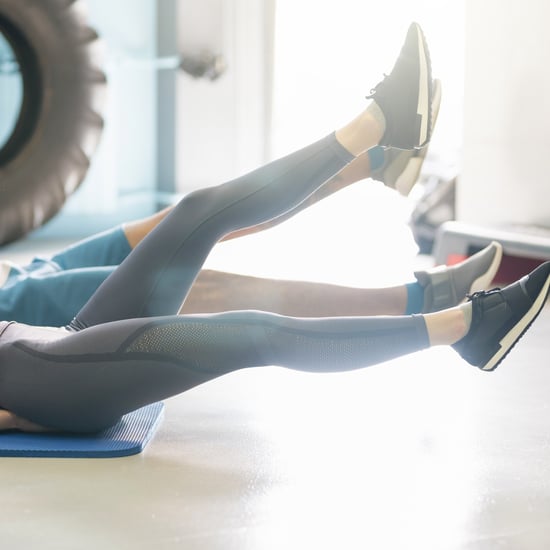 Personal Essay
Natural Hair in the Workplace Is Often Looked Down Upon, but That Needs to Change — Now
by Natasha Marsh 23 hours ago

PBS
If You're Not Watching Beecham House, You're Missing Out on Something Really Special
by Nandita Godbole 23 hours ago 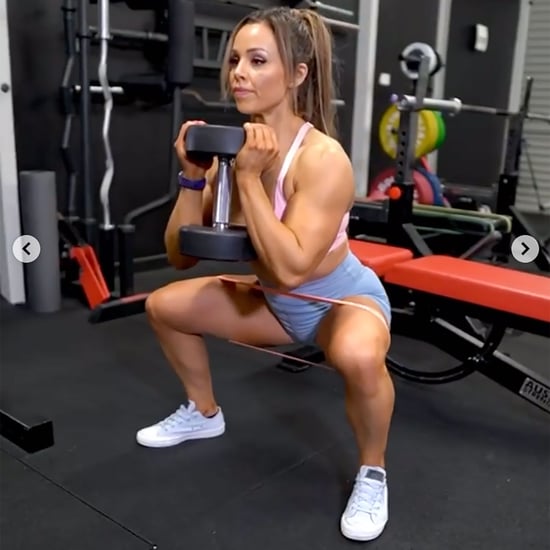