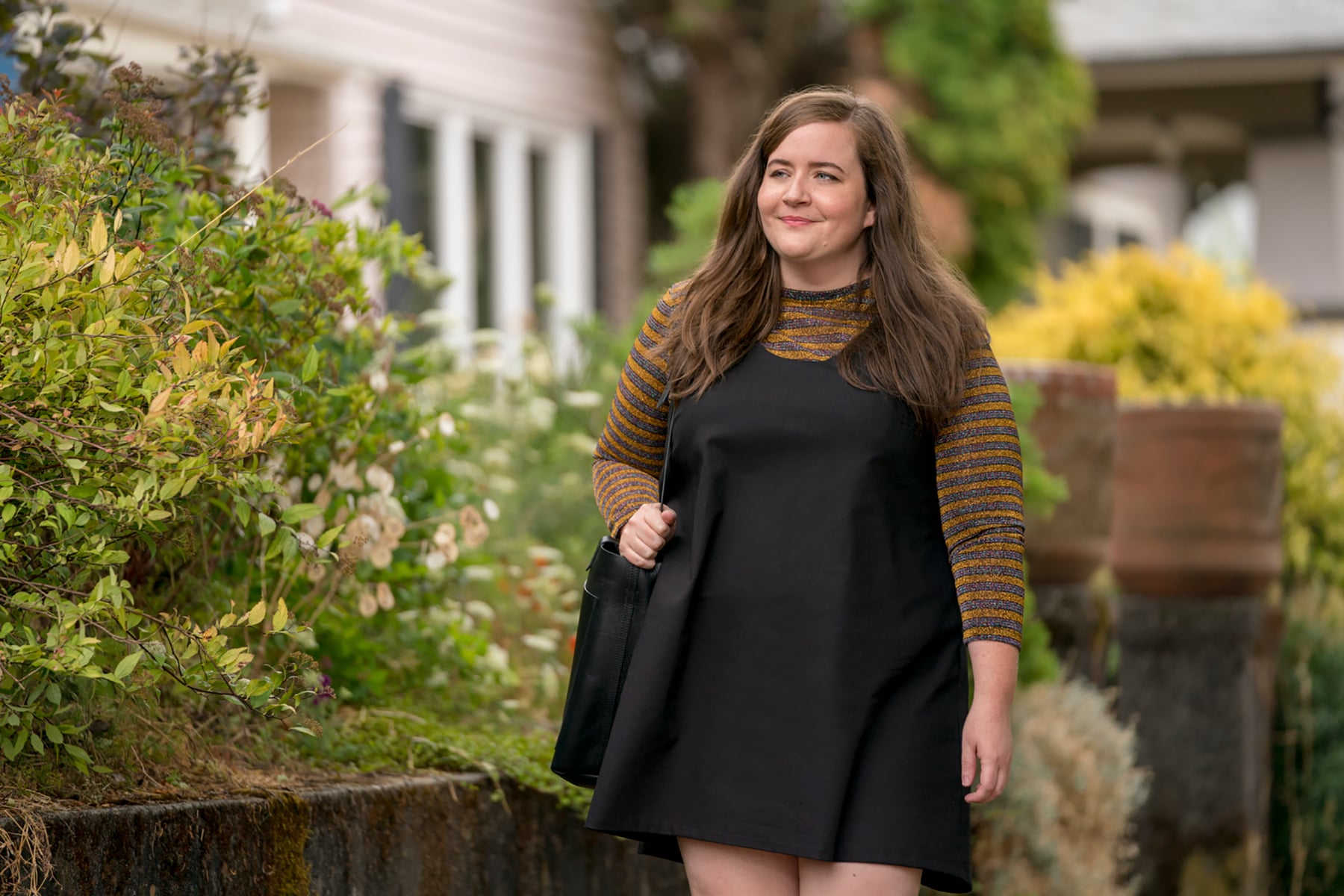 On the first episode of Shrill, the new Hulu show starring and cowritten by SNL's Aidy Bryant and author Lindy West (who wrote the memoir on which the series is based), Aidy's character Annie discovers she's pregnant despite taking the morning-after pill soon after unprotected sex. Puzzled, she asks a pharmacist why the emergency contraception didn't work for her. The pharmacist drops a bombshell: the morning-after pill isn't effective for people over 175 pounds.

This had the editorial staff at POPSUGAR curious: Is this true? As someone who has taken Plan B several times throughout her life (although I think this had more to do with my anxiety than me actually needing it), I had never heard this caveat to emergency contraception. And since I'm the health point person (and an inquisitive fitness editor), I decided to investigate.

Related:
These Are the Only Antibiotics That Make the Pill Less Effective, According to Ob-Gyns

What Is the Morning-After Pill?

Emergency contraception (commonly referred to as the morning-after pill) reduces the risk of becoming pregnant after unprotected sex. It's available in three pill forms: Ulipristal (sold under the brand name Ella), which delays or prevents ovulation when taken within five days of unprotected sex and is available only with a prescription. There are also progestin-only pills (levonorgestrel, sold under the brand names Plan B One-Step, My Way, and Next Choice One Dose), and combination pills. Another form of emergency contraception is having a copper IUD inserted as soon as possible after unprotected sex, but no more than five days after.

Can You Take the Morning-After Pill If You Weigh More Than 175 Pounds?

"Data suggests that certain formulations of emergency contraception are less effective at BMIs above 30," Cherie Richey, MD, an ob-gyn at Columbus Women's Care in Columbus, OH told POPSUGAR. Although BMI isn't the best benchmark for health, it is calculated by using a BMI chart based on height and weight. She explained that Ulipristal is more effective than levonorgestrel for women with a BMI over 30, as a 2016 review found, but the copper IUD is one form of emergency contraception that's not affected by weight.

Despite this, in 2016, the FDA concluded the data is not strong enough to suggest that emergency contraception will be completely ineffective for women over 165 pounds. "There are no safety concerns that preclude use of levonorgestrel-containing emergency contraceptives [Plan B One-Step] in women generally, and the FDA continues to believe all women, regardless of how much they weigh, can use these products to prevent unintended pregnancy following unprotected sexual intercourse or contraceptive failure," the FDA declared, and stated that the most important factor in emergency contraception effectiveness is how soon it's taken after unprotected sex.

What People Should Know Before Taking the Morning-After Pill

Dr. Richey said many doctors will recommend Ulipristal (Ella) over other oral emergency contraception options, especially for women over 175 pounds; the biggest caveat is that using Ulipristal requires a prescription. She added that copper IUDs are the most effective emergency contraception option over everything else, but it's harder to obtain a copper IUD within the proper time frame (within five days) unless you have a trusted doctor you can readily call. Plus, there's the cost factor if you don't have insurance to pay for it.

Bottom line: No matter which form of emergency contraception you use, Dr. Richey emphasized using it as soon as possible after unprotected sex. That's within 72 hours (three days) to use levonorgestrel (Plan B One-Step); after that, effectiveness significantly decreases. Ulipristal can be used up to 120 hours (five days) after unprotected sex, and your weight is less likely to have an impact.

"Essentially, if you are pushing your window of opportunity to use emergency contraception and you are not under 165 pounds, you may want to pick up the phone and call your ob-gyn to get a prescription sent to your pharmacy for Ulipristal (Ella)," she said. "Or better yet, prepare for the unexpected and get the prescription in advance when you come in for your annual exam so you have it when you need it."

Ideally, if you are planning that far in advance, you should talk to your doctor about more effective, long-term contraception options such as birth control pills, a birth control implant, IUD, or something else that works with your lifestyle. It will be much more effective than emergency contraception. After all, it's called "emergency" for a reason.

Health
Is LASIK Safe? Here's What You Need to Know
by Lacey Muinos 2 hours ago