Most of us have gotten the memo: strength training is a must for women who want to improve their health, feel fit and strong, and lose weight. But lifting weights can be an intimidating thing if you're new to the game. When they first start strength training regularly, some women say they gain weight or feel themselves getting bigger, which can be a turn-off. If that sounds familiar, don't go anywhere. We chatted with two experts who will explain exactly why that happens and what you can do to prevent it.

"As you demand more from your muscles with weight training, it develops microscopic tears in your muscle," Joel Freeman, Beachbody Super Trainer, told POPSUGAR. "Then your muscle [is] going to regrow bigger. So with that, it's going to be heavier."

"Even though we know muscle weighs more than fat, we see the number creeping up and you definitely freak out."

This helps to explain why muscle has a greater density than fat, so if you compare the same volume of muscle and fat, muscle would likely weigh more because it takes up less space than an equal mass of fat. If you went from doing zero weightlifting to doing a few sessions a week, the scale will show an increase in weight, because even though your body is becoming leaner, you're putting on extra muscle where fat used to be. "Even though we know muscle [is denser] than fat, we see the number creeping up and you definitely freak out," Joel said. "Even my wife deals with it, and she's been in fitness her whole life. She's a former gymnast and lifts heavy. Acording to her BMI, she's borderline overweight, but she is anything but — it's muscle!"

Related:
Having Trouble Growing Your Butt? These 4 Expert Tips Will Help You Earn a Big, Curvy Ass

So the scale actually might not be the best thing to rely on when you're strength training to get lean. "There's also minute inflammation when it comes to muscle regeneration, so that might make you feel a little bit bigger," Joel added. "That's because your muscles are working and demanding more blood, so you've got more blood flowing through your muscles. It's just a little bit of everything combined."

Don't let this discourage you! It's all part of the process. As you build up all that muscle, you're also revving up your metabolism, which will help you burn more fat in the long run.

"If you're getting too big, it has nothing to do with your training in the gym. It's what you eat."

Magnus Lygdback, a celebrity trainer who has worked with Alicia Vikander, Gal Gadot, and Katy Perry, also chimed in on this topic. "If you're getting too big, it has nothing to do with your training in the gym," he told POPSUGAR. "It's what you eat."

It's that simple. If you feel like your body is getting bigger, rather than leaner, as you're lifting weights, Magnus insists this has nothing to do with your workouts. It's all about your diet. Easier said than done, we know, because the bottom line is, you get hungrier when you do more strength training.

Related:
This Beachbody Trainer Explains How Many Sets and Reps You Need to Do For Weight Loss

"It is really easy to be hungry," Joel confirmed. "That's how your body reacts when you're strength training, so it really comes down to making sure that your macros are measured out. Today it's so easy to measure your macros using apps."

He recommends following the very simple formula of eating 30 percent protein, 40 percent carbs, and 30 percent healthy fats. This should keep everything balanced and help prevent any extreme weight gain.

"It is really easy to be hungry. That's how your body reacts when you're strength training."

"Food is a big part of life, and it should be enjoyed," Magnus told POPSUGAR. "I hate the 'cheat day.' Seventeen out of 20 meals should be on point, and you should enjoy life three out of 20. So it's up to you when you want to do those three meals out of 20, but that's my philosophy." And it seemed to work for Alicia, because she looks lean AF in the trailer for Tomb Raider.

Related:
The 5 Best Exercises to Do If You're Trying to Lose Weight

To sum it all up, if you feel like you're not getting leaner from strength training, don't panic. You will inevitably see a little weight gain on the scale, but eventually you will start slimming down. And if you don't, look closely at what you're eating, because it's so easy to overeat when you're lifting weights. But sticking to your personal macros and following Magnus's 17/20 rule will certainly get you to where you want to be. 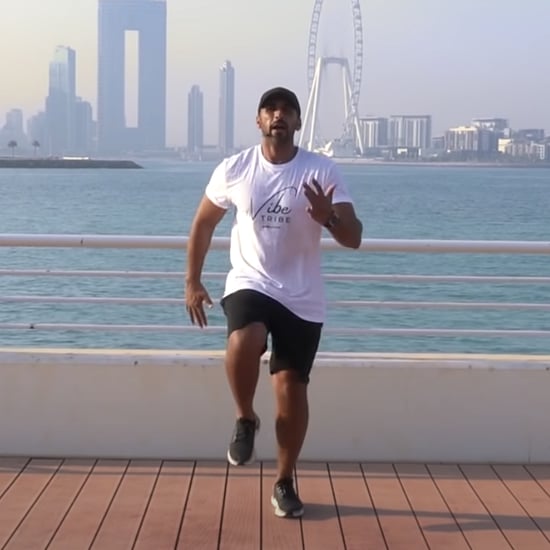 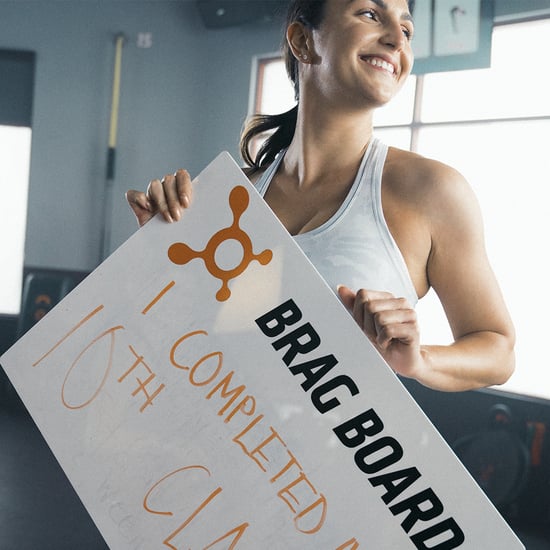 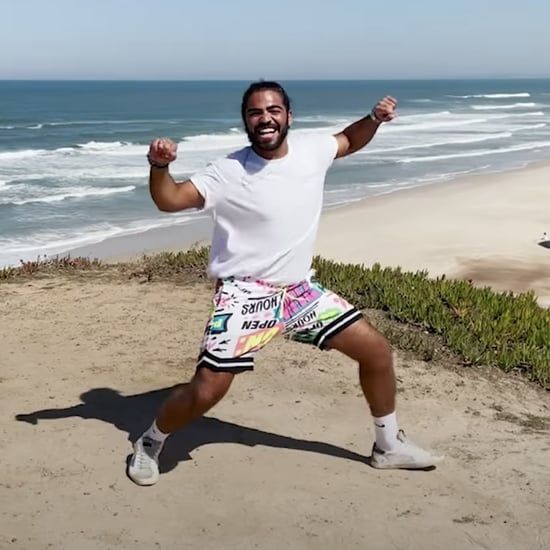