Dieting can be hard, but is it something that we can ever escape from? Elyssa Friedland, author of Love and Miss Communication, shares her experience with dieting and its presence in her everyday life over the last twenty-one years. 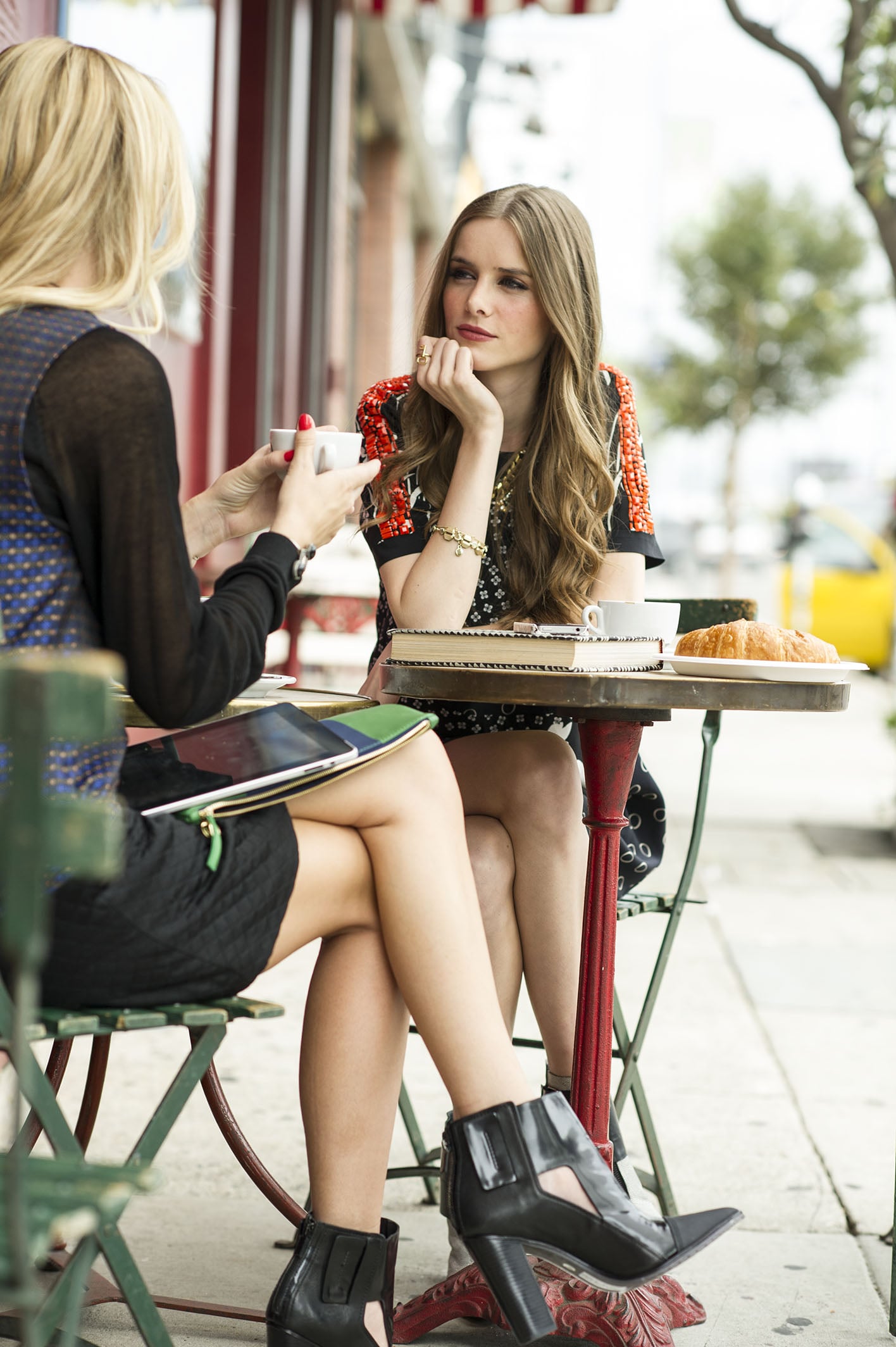 It's date night. Actually, it's not date night. I hate that term. My husband and I are just out to dinner by ourselves, enjoying an evening without the cacophony of our three young children or the company of friends. All is going well. We are simply catching each other up on the week's events, our jobs, our errands. As harried, working parents in Manhattan, the time we have to really talk is limited. Hence date night, or not-date-night as I prefer to call it. And it feels great. Until something startling arrives that subtly shifts the power dynamic between us and darkens my mood: the bread basket.

The waiter has no idea what he's unleashed when he places the crusty sliced baguette on the table. I watch my husband reach for a double slice and spread creamy butter across the surface. He takes a first bite and all I hear is a soul-sucking "crunch." A bit of white, foamy butter rests on his upper lip and he licks it off. He signals to the waiter to come back. "Would you mind bringing olive oil as well?" Jesus, honey, I think – are you trying to kill me? First you need to cover your crusty bread in heavenly butter, then you need to soak your second piece in a pool of golden olive oil.

I consider my options: (1) Abstain from the bread basket, feeling terribly resentful of my husband but happier by the time we get home; (2) eat half a slice, a compromise that will end up feeling worse than abstention; or (3) eat as much bread as I want, slicked with oil and coated in butter, which will be orgasmic for about fifteen minutes and cataclysmic by the meal's end.

I choose option three. And when I take my first bite, I don't hear a decadent crunch. I hear the sound of my teeth grinding up guilt. And because I've decided to eat three pieces of bread, I conclude that the meal is basically a lost cause. Cue the pasta and molten lava cake. I try my best to enjoy them. Because if I'm going to consume 2,000 calories in one meal, I might as well savor them. But I can't, and the reason is this: I'VE BEEN ON A DIET SINCE 1994.

That's right, ladies. I've been on a diet for the past 21 years. In 1994, I was in seventh grade. Puberty hit with its usual wrath and I took notice of my body like I never had before. I read Seventeen magazine and talked about boys ad nauseum with my friends. And I started to watch what I ate. When I turned down that first dessert, how would I have felt knowing that was the start of a lifelong obsession with my daily consumption? Pretty depressed, most likely. And the crazy thing? I don't have an eating disorder. Not even an ounce of one. I'm a healthy weight, I do indulge from time to time, and I look pretty good, but if I lost five pounds, I'd look even better.

So if I don't have an eating disorder, then what is making me scrutinize my caloric intake? Why do I glance at my friends' plates to see what they've chosen? Why do I feel guilty after an indulgence and frustrated after an abstention? What I have are two X chromosomes. I'm a woman, plain and simple. Now I know some of you will respond to this and say that I don't have a healthy body image, that not all women think about what they eat so much. So I'll take a step back and redefine myself: I'm a woman in a major metropolitan city that cares about my appearance. Not obsessively. I don't sneak glances in mirrors and dog-ear fashion magazines. But yes, I care what I look like, and I suck in my gut when I need to and I wear black when I'm feeling bloated.

I polled a number of my friends before writing this piece. And it turns out they feel the same way. They too said that even if they haven't been an official diet for the past twenty years, they've at least watched what they ate pretty much continuously. It's not like I've gone from Atkins to Weight Watchers to South Beach to Dukan without a stop. It's just that it's been a really long time since I ate a pint of ice cream in front of the TV and then didn't self-flagellate at least for a bit after. In a word, it's been a long time since I've heard a scrumptious "crunch" instead of the chewy sound of what I perceive to be lack of discipline.

It's a bummer and it also makes me hate my husband a little. He wanted to lose weight before our wedding so he cut down on carbs pretty effortlessly and dropped fifteen pounds in about two months. Yes, that actually happened, and he wasn't even grumpy. The worst part, depending on how you look at it, is that he's kept it off for nine years already! Can you imagine?

When will it end? I'd like to think when I'm seventy-five, I'll eat Brie and jam for breakfast and steak frites for dinner without a care in the world. But maybe I won't. Maybe it never goes away, and I'll want to be the hot granny, the one who can wear a swimsuit without a coverup around the retirement village. I bring this up with my mother. She's in her sixties. I won't get more specific than that because I'd like to continue having a relationship with her. We're out to lunch and I tell her I'm working on a piece about dieting.

"Your generation is nuts," she says. "We were never this crazy about dieting."

"What about your friend Susanne [not her real name]? She's a stick."

"Come to think of it, she always orders salad. And she says her stomach can't tolerate dressing."

Maybe that's the difference between our generations. We are open about dieting and exercise, probably to excess. The older generation did in fact diet (though exercise seems to have completely evaded them), but at least they had the decency to keep it out of cocktail party conversation.

"So do you watch your weight, Mom?"

"Not really," she says, a half second after she's ordered simply grilled salmon with extra vegetables instead of the whipped potatoes. Conclusion about my mother? Nothing for certain, really. She either has warped taste buds or genuinely doesn't believe that she's on a diet because she's not weighing in at a Weight Watchers meeting or recording her intake on her smartphone.

I like to fantasize about a day that starts with waffles, is punctuated with a hot pastrami sandwich and capped off with penne a la vodka. That day ends when I lay my full belly and dreamy head to sleep and I don't plan a gluten-free, fat-free, taste-free tomorrow to balance out the damage. Will it be when I'm fifty? Sixty? Seventy? Or what if I give myself one day a year to do that, starting now. That could work… maybe. I'm not sure. I really am quite talented at being hard on myself.

I said this to my husband recently: On my deathbed, in case I'm not coherent, please bring me a pint of Talenti mint chocolate chip ice cream. It is my absolute favorite and I'd like to enjoy it at least once without the aftertaste of guilt. He responded, with honest-to-goodness confusion, "If you love it so much, why don't you just eat it now? It's in the freezer."

Oh, honey, if only it were that simple. 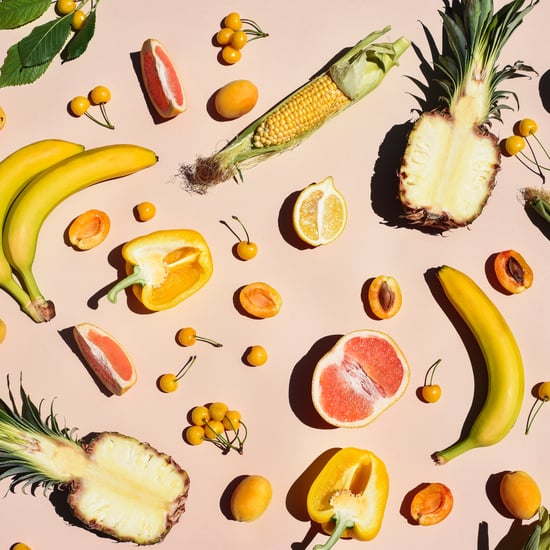 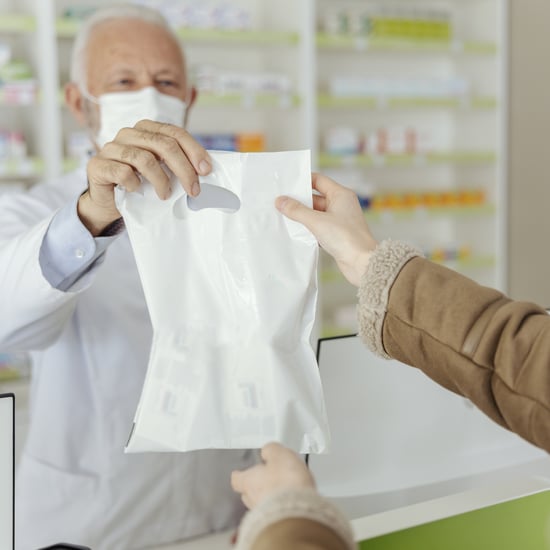 by Jenny Sugar 8 minutes ago