When you're gearing up for a run, one of the first things you might do is reach for something to snack on. Before you open up a pack of chips or unwrap a bar of chocolate, though, remember that what you eat before your cardio session will have a big impact on how well your run goes. If your goal is to improve your running game, lose weight, or strengthen your endurance, it pays to take a closer look at what you're noshing on pre-workout.

POPSUGAR spoke to Michael Olzinski, MSc, Purplepatch endurance coach and Equinox run coach, who said a prerun snack is necessary in many ways. "The biggest purpose is to give you lots of free and available energy to allow you to hit intensities that you are looking to hit," he said. "Also, one of the most underutilized and underrecognized benefits of prerun fueling is actually how you recover."

According to Mike, when you start a run underfueled, "your body will have to dig a bit deeper for energy, and that has been shown to potentially damage muscles, tendons, or ligaments a bit deeper, thus taking longer to bounce back." That's right. You could actually be increasing your risk for injury if you don't eat well before your run. Your body might start "to break down essential proteins for energy," and nothing good comes from that.

ADVERTISEMENT
Related:
A Killer 30-Minute Treadmill Workout That Will Whip You Into Shape

"In short, a good plan for fueling prerun will allow you to train hard, avoiding too much of a spike or plummet of energy," Mike explained. "It will also leave your body well-prepared with the proper nutrients to start recovery quicker and fuller," which means you'll be ready for your next workout even sooner.

We got the inside scoop on what exactly Mike eats before he goes for a run, and as someone who has recently run a 50-mile ultramarathon, he's definitely a reliable source. "I try to avoid anything that is very fibrous or high concentrations of fruit," he said. He focuses on eating complex carbs and maybe a little bit of protein. These are his favorite snacks.

However, if you're going for a run — or any physical activity, for that matter — that will last longer than two hours, you need to get some extra grub in your system. These are the snacks Mike likes to eat when he's going for an extended workout.

"I like these because I am a fan of using normal, whole foods that I would eat in my normal diet. This way, it is not a massive shock to my system," Mike told POPSUGAR. "I love to go with maple syrup, some agave, or honey for a little extra glucose in the bloodstream, especially if I know this is a harder workout."

Perhaps the biggest takeaway here is that you shouldn't be afraid of eating complex carbs. Whether it's a piece of whole grain bread or mashed sweet potato, your body needs this sustenance to perform a killer workout. So stock your pantry with the good stuff and go for a great run! 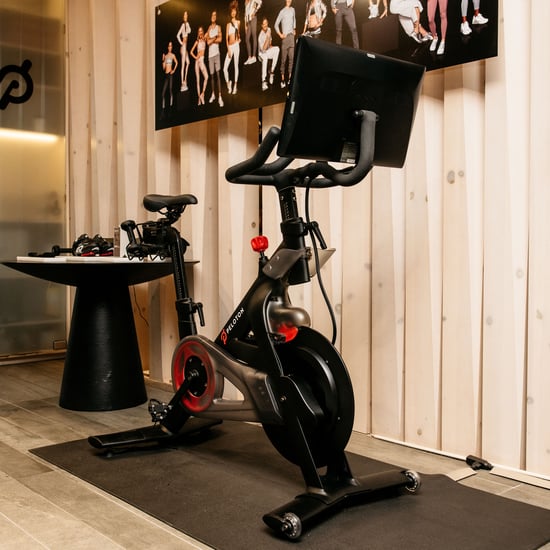 Workouts
I’ve Been Using This 1 Piece of Running Gear For 6 Months and Now I Can't Run Without It!
by Jenny Sugar 1 day ago