Most people who opt for nondairy milk do so because of lactose allergies or lifestyle but often don't think about their needs beyond skipping dairy. Although lactose-friendly milks can provide nutrition in areas that skim milk is otherwise lacking, not all are created equal. Rice, soy, coconut, almond, and hemp milk are growing in popularity, and each has its own benefits. See how the most popular types of milk stack up in other areas and find out which one you should add to your shopping cart. 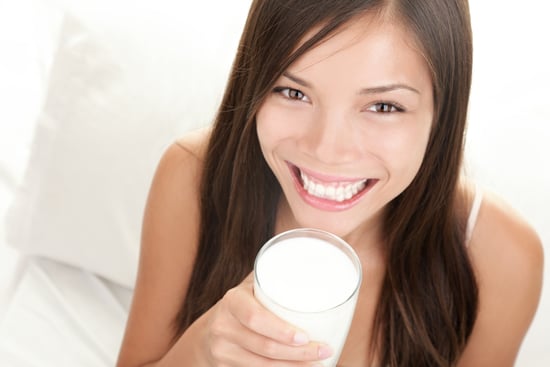 Get more calcium: With the exception of almond milk, all of these beverages contain as much as or more calcium than dairy milk. Soy and coconut take the lead, while rice and hemp contain as much calcium as traditional skim milk. Almond milk, unfortunately, contains no calcium; if you're trying to build stronger bones, steer clear of this type.

Cut back on carbs: If you're committing yourself to the no-bread policy, it's best to watch liquid carbs as well. Surprisingly, coconut milk wins the low-carb contest with even fewer grams of carbohydrates than skim milk. Tied for second place are soy and almond milk, following with hemp. All five of these milks are only hairs away from each other except for rice milk, which contains twice as many carbs as the rest.

See which milk is best when it comes to protein and fat after the break!

Reduce saturated fat: One of the advantages skim milk has is the fact that it contains zero saturated fats. Don't fret if you're married to nondairy, though; both almond and rice milk contain no levels of saturated fat. While small and harmless, hemp and soy contain a measly 0.5 grams. Just like the oil, coconut milk is high in saturated fat, containing 5 g. If this is your only source of saturated fat for the day, you might be alright, just watch the serving size.

Boost your protein: While no nondairy beverage can match the full 8 g of protein in skim milk, one comes close. Soy milk contains 6 g of the fuel to keep you feeling satisfied. If you need a post-workout drink, this is the one for you. Hemp milk falls far behind soy with 2 g, and the other three types of milk close in last with only 1 g of protein. When you need to feel full longer, opt for soy.

Healthy Eating Tips
Vitamin D Is Key to a Healthy Immune System, and These 7 Foods Have It in Spades
by Lauren Manaker 3 hours ago

Healthy Living
Why Pandemic Uncertainty Is So Scary, and What You Can Do to Cope Right Now
by Maggie Ryan 8 hours ago

Healthy Living
Turns Out, Antimicrobial Masks Are No More Effective Than Your Regular Fabric Face Masks
by Hedy Phillips 22 hours ago