Curvy. Thick. Voluptuous. These are all words I've been hearing people call me for most of my life, and in my younger years, they all felt like an insult every single time.

For as long as I can remember, I've been just a little bit chubby. I was a chubby kid and a thick teenager, and now I'm a curvy woman. 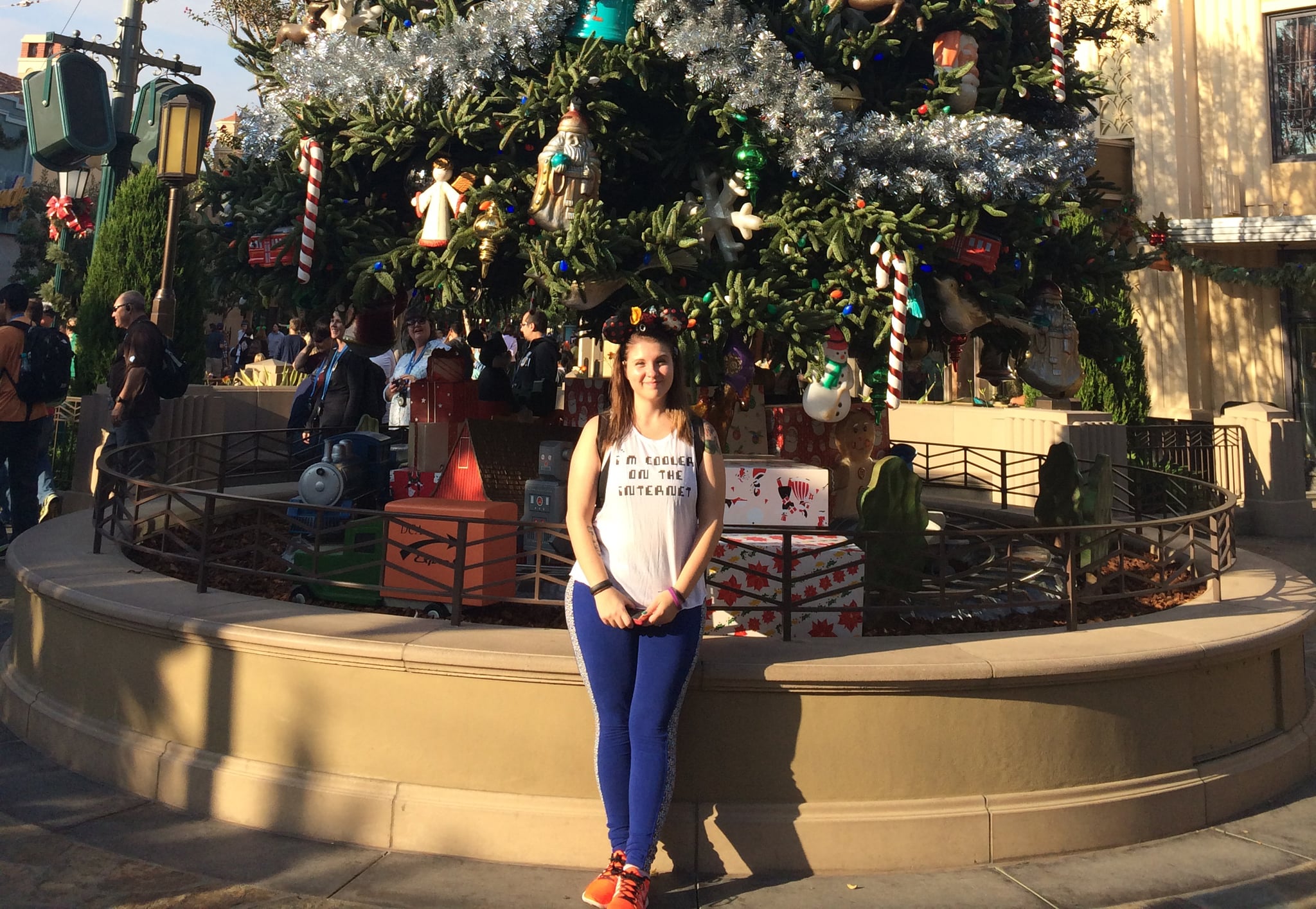 Related:
An (Almost) Love Letter to My Thighs

In high school, I was incredibly healthy. I was too busy to eat too much and didn't have any interest in crappy food. I was a year-round cheerleader, so I had practice (which included running, weight-lifting, and tumbling) two hours a day, five days a week, in addition to basketball games, football games, and cheerleading competitions. I was strong, I was in shape, and I was still thick.

After one of my last cheerleading competitions my senior year in high school, a mom of a young girl on a different squad pulled me aside and thanked me. I asked her what she was thanking me for, and she told me I was a role model for her daughter who thought she was too heavy to be a successful cheerleader. She told me that when her daughter saw me out there, tumbling with my squad, she felt like she could grow up to do the same, despite what she weighed. At the time, I didn't know how to take that. At 18, I felt like she was telling me I was the fat cheerleader, and let's be honest, I already felt like I was. But thinking about it now, I realize how amazing it was to show that little girl that you don't have to be skinny to do the things you want to do. I flipped my fat ass over my head better than half the girls in that gym, and that little girl knew it.

Once I left high school and my daily activities shifted away from constant exercise and more toward TiVo and nap time (I was a really lazy college student), I realized I needed to make some serious changes to keep healthy. I started going to the university gym at least five times a week and tried not to eat anything stupid, but nothing worked. I started down a dangerous path that I nearly didn't pull myself out of.

But then I tried a doctor-monitored diet a few years later and lost about 50 pounds, still placing me on the "overweight" side of normal for my height by about five pounds. Maintaining that weight was not even close to manageable. I had a resting energy expenditure test done at the end of the weight-loss journey and found out that I literally have a metabolism slower than that of a middle-aged woman. With no activity, I barely burn a thousand calories a day, which surprised even the nutritionist who did the test for me. We tried the test twice to make sure there were no errors, and nope, I just have a really, really crappy metabolism.

I tried maintaining that weight. I was eating the healthiest (and littlest amount) I've ever eaten in my life, and I was exercising an average of an hour a day, seven days a week. No matter what I did, the weight crept back on. But I didn't really mind, because I was still really healthy and active.

But then I had a backslide. Just like always. Just like after every other diet I'd tried in my life — and I'd tried them all. I went back to living how I was used to and how I was comfortable, which included mostly healthy eating with treats here and there and exercise a few times a week. I was happy, I was healthy, and I was still thick.

Related:
My Sister and I Got Tested For the Breast Cancer Gene — and Only 1 of Us Was Negative

I've come to realize that what's great about the world we live in today is that, even though it seems like models are getting thinner and thinner, society seems to be getting more and more comfortable with highly visible people who aren't stick-thin. I've got people from every angle preaching at me to love myself and be comfortable with who I am, but my brain just wouldn't accept that. My brain still wanted me to be skinny. It has been an unbelievably frustrating battle for virtually my whole life.

And now today, I'm what doctors would consider to be overweight, but you know what? I'm also really healthy. I've run half-marathons. I eat right, I exercise regularly, but my genes just don't want me to be skinny. No one in my family is skinny. It's just not going to happen. But if I'm healthy, does being skinny really matter? Sure, I'd love for shopping trips to be less stressful. I'd love to look in the mirror and not think my arms look terrible. I'd love for people to stop telling me that blaming my genes is an excuse. But I'm coming up on 30 now, and I've decided it's time to stop being mad at myself. It's time to stop constantly agonizing over the number on the scale and the number on the tag in my pants. It's time to embrace being thick. It's time to embrace being curvy.

It's time to love me.