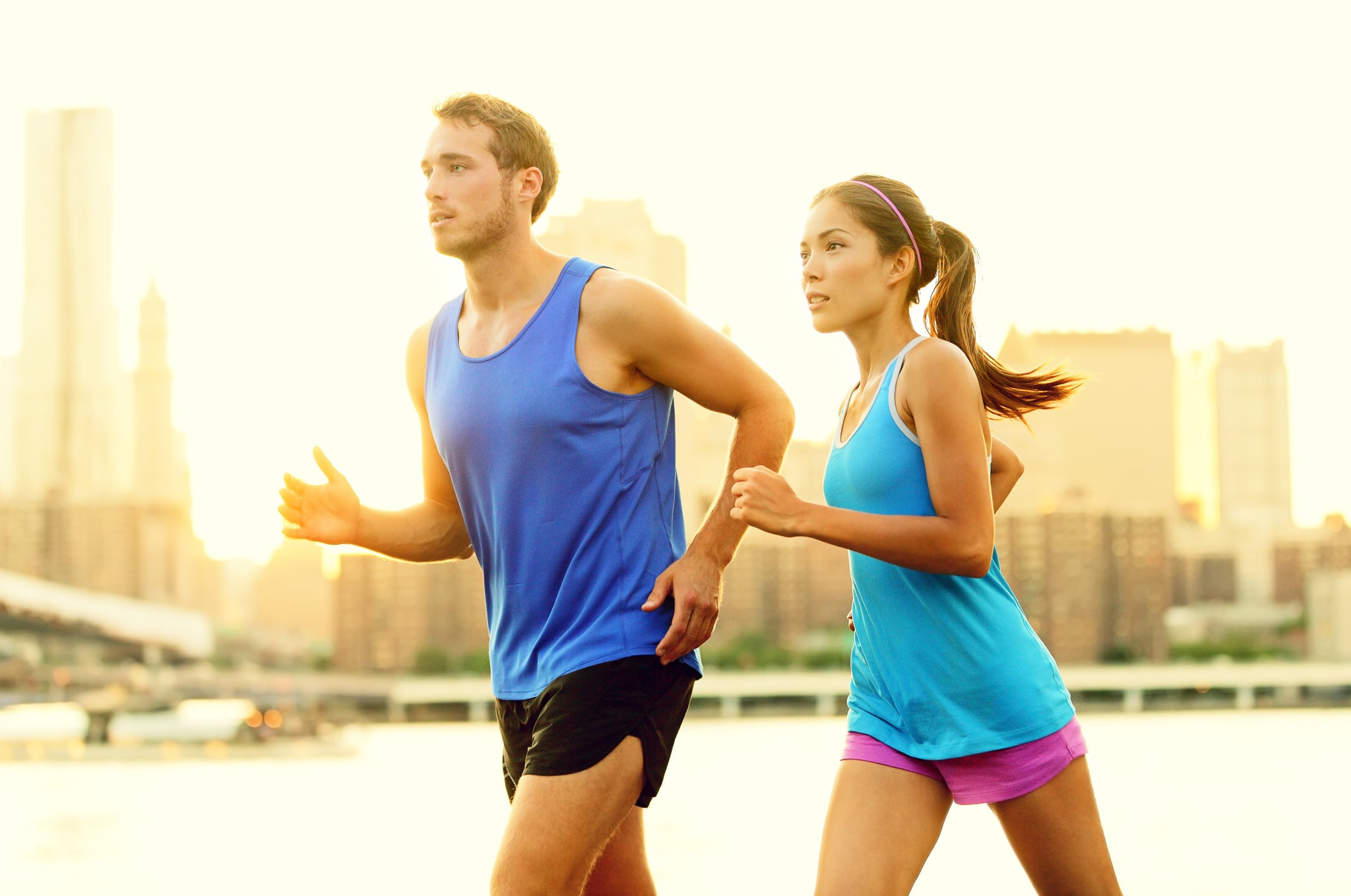 It's no surprise that having a fit partner-in-crime helps when committing to a new workout routine — but this new study explains it especially helps if that person is your literal partner. Research conducted at Tel Aviv University found that when one spouse improves his or her exercise routine, the other spouse is up to 70 percent more likely to be healthier.

Researchers examined records from a study that followed 3,261 couples, first at an initial medical visit and then at a follow-up visit six years later. At each visit, researchers asked the pairs about their physical activity levels to determine whether they met the physical activity guidelines for Americans: a minimum of 150 minutes per week of moderate-intensity aerobic exercise or at least 75 minutes of vigorous-intensity exercise per week. During the first visit, 45 percent of husbands and 33 percent of wives met the recommendations. When they revisited these couples year later, researchers found that when a wife met these recommendations at the first visit, her husband was 70 percent more likely to meet them at the next visit. Likewise, when a husband met recommended exercise levels, his wife was 40 percent more likely to meet the levels at the follow-up visit.

Tel Aviv University researcher Dr. Silvia Koton explained, "It was well known that spouses exhibit similar risky behaviors like smoking and drinking, but it wasn't clear how an individual's level of physical activity was influenced by changes in his or her spouse's level of physical activity . . . our study tells us that spouses can have a positive impact on one another in terms of staying fit and healthy over time."

A major takeaway from these findings for couples out there? To really make your new routine stick, you might consider training with each other. Here are some couple workout ideas to get your SO sweating by your side.