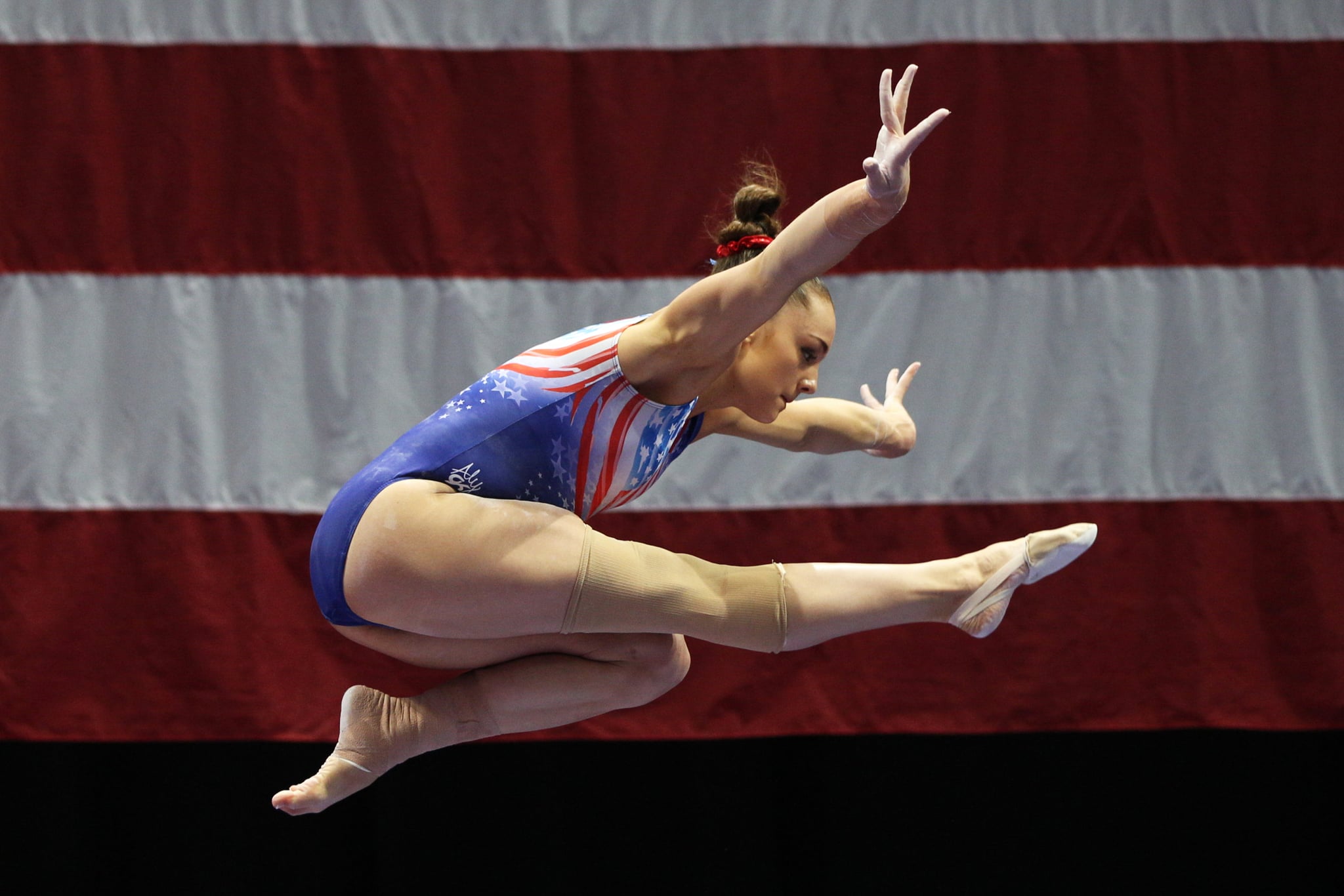 Maggie Nichols. Simone Biles. Aly Raisman. McKayla Maroney. Gabby Douglas. Jordyn Wieber. Jamie Dantzscher. Rachael Denhollander. These are just eight of the 500-plus survivors who have come forward to share stories about sexual abuse at the hands of former USA Gymnastics (USAG) and Michigan State University doctor Larry Nassar. Athlete A, a Netflix documentary directed by Bonni Cohen and Jon Shenk and premiering on June 24, tells their narrative — beginning with the team of reporters at the Indianapolis Star who broke the initial story on USAG's failure to properly report claims of sexual assault made against coaches, which brought Nassar's years of abuse to light.

Survivors reported Nassar's abuse as early as 1997. Nichols, a former national team member and two-time NCAA All-Around Champion for University of Oklahoma, was the first to take those claims to USAG in June 2015. The documentary showcases the troubling lack of action that followed. The FBI didn't open an investigation into Nassar until five weeks later. What's more, he continued treating patients at MSU for over a year until he was fired in September 2016. He was arrested that December.

While the documentary does not go into detail about MSU's insufficient action against Nassar, MSU let him return to work after a 2014 Title IX sexual assault investigation. At least a dozen people reported to police that Nassar sexually assaulted them after MSU allowed him to return to work. And despite a criminal investigation conducted by the MSU Police Department, the Ingham County Prosecutor's Office cleared Nassar in late 2015.

Athlete A features interviews with the women who first came forward to Indianapolis Star journalists. Their stories helped build a case against Nassar and led to an avalanche of allegations from athletes on every level and across sport. You'll witness some of the 156 total impact statements from Nassar's sentencing, where he was given 40 to 175 years in prison after he had been sentenced to 60 years on child pornography charges (note: Nassar was then separately sentenced to 40 to 125 years in prison, which he will serve concurrently with his first criminal sexual conduct sentence). It's also worth noting that there are no graphic videos or images shown, but Athlete A may be triggering for those who have experienced sexual assault.

As a person who knows just how cruel the world of gymnastics can be under the supervision of toxic coaches, this documentary not only hit close to home but also woke me up. It made me reevaluate the culture of the sport that I competed in for over a decade. It's a compelling and devastating look into a system that was not built to protect its athletes.

I never faced abuse — I went to physical therapy for two separate injuries two different times in my life, and my experiences were all pleasant ones — but its specter was always there. Do I remember parents talking in hushed tones about a specific instructor at one of my earliest gyms, concerned over his "intentions" with us? Yes. Do I remember being cautioned against spending any time alone with said person? Yes. 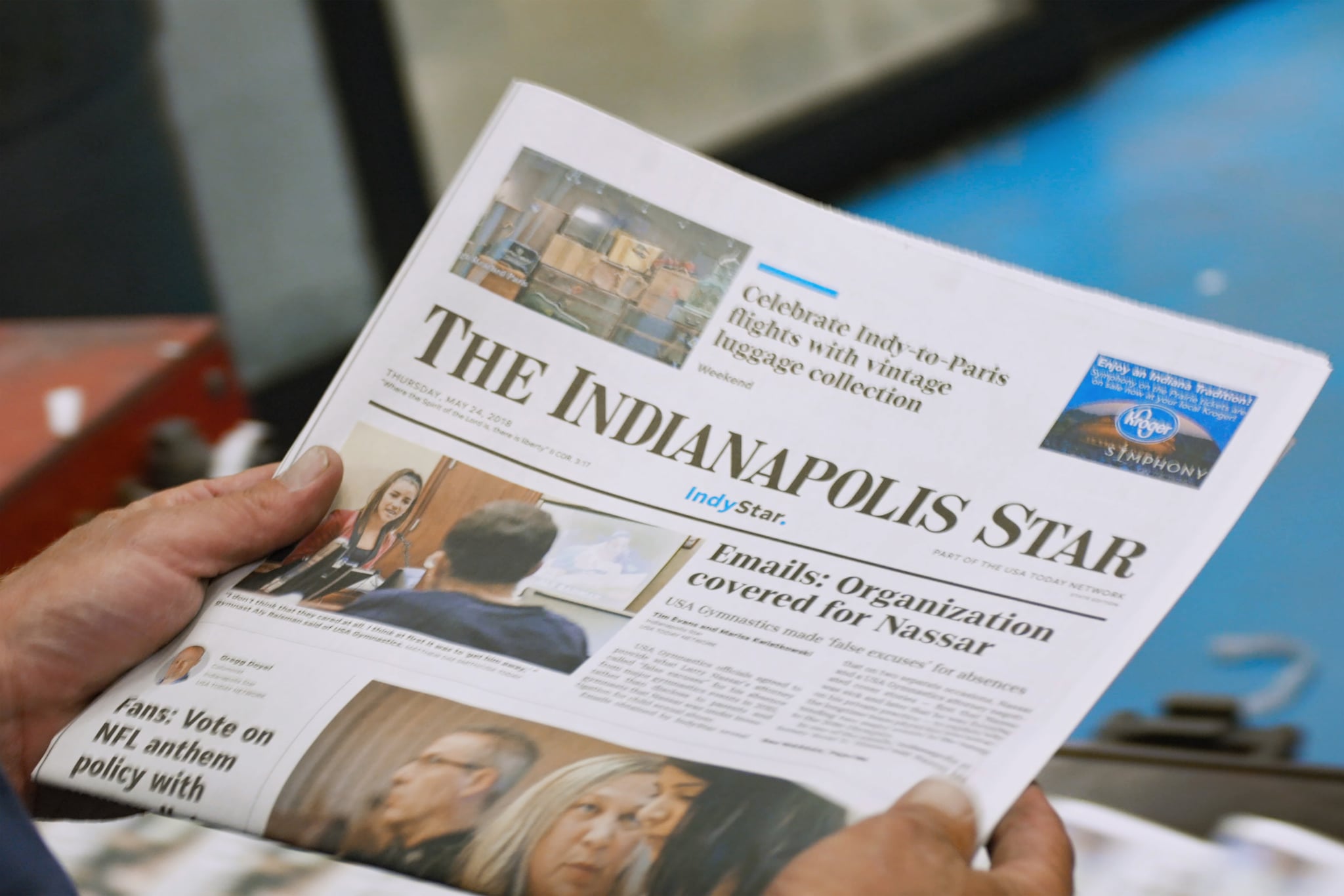 Part of what makes Athlete A so complex and disturbing is that Nassar was perceived by many gymnasts as a bright light at the now-shut-down Karolyi Camp. The culture there was so toxic that girls looked forward to seeing him. Dantzscher, who competed for Team USA at the 2000 Olympics, detailed in the documentary that he used to give them candy and was the "only nice adult" she remembers from USAG staff. And even when gymnasts began to speak up, they were not heard. Denhollander remembers telling the head coach at the gymnastics facility she worked at about Nassar's abuse. "When I was told, 'No one else is saying what you're saying,' and cautioned, even, about speaking out because of the ramifications, that really solidified to me, 'There's nothing I can do. Not right now.'"

Athlete A showcases how profit outweighed compassion; how winning and maintaining the "right image" mattered more than fostering a safe environment for athletes. The film lays out compelling evidence that Nichols may have been left off of the 2016 Olympic team roster because of her allegations against Nassar to USAG, and it illustrates the failure of both the FBI and USAG, specifically, to properly take action and accountability.

The documentary also tells a bigger story of the physical and emotional abuse that gymnasts, especially on the elite level, endured and the history of how that culture took root in the US. The "ideal" gymnast's body and the way coaches had complete control of them was a concept that Bela and Martha Karolyi brought with them from Romania after a successful track record with athletes like Nadia Comaneci. Shaming gymnasts for their weight, overworking them, and promoting an atmosphere of fear and obedience seemed to yield results — and that still is the norm in some gyms today.

Athlete A is worth the watch whether or not you have a personal connection to gymnastics. It threads Nassar's case with the long history of abuse in the sport and highlights what can happen when a newsroom, dedicated lawyers, and brave women break a chain of wrongdoing by a doctor who was using his prized reputation as a facade behind which he broke the law an unfathomable number of times. Seeing Dantzscher face Nassar in court and tell him, "We have the power now," alone should entice you to watch. Though this fight is far from over, Athlete A is a fascinating account of how an abusive culture that harmed women and girls has finally been forced to transform.