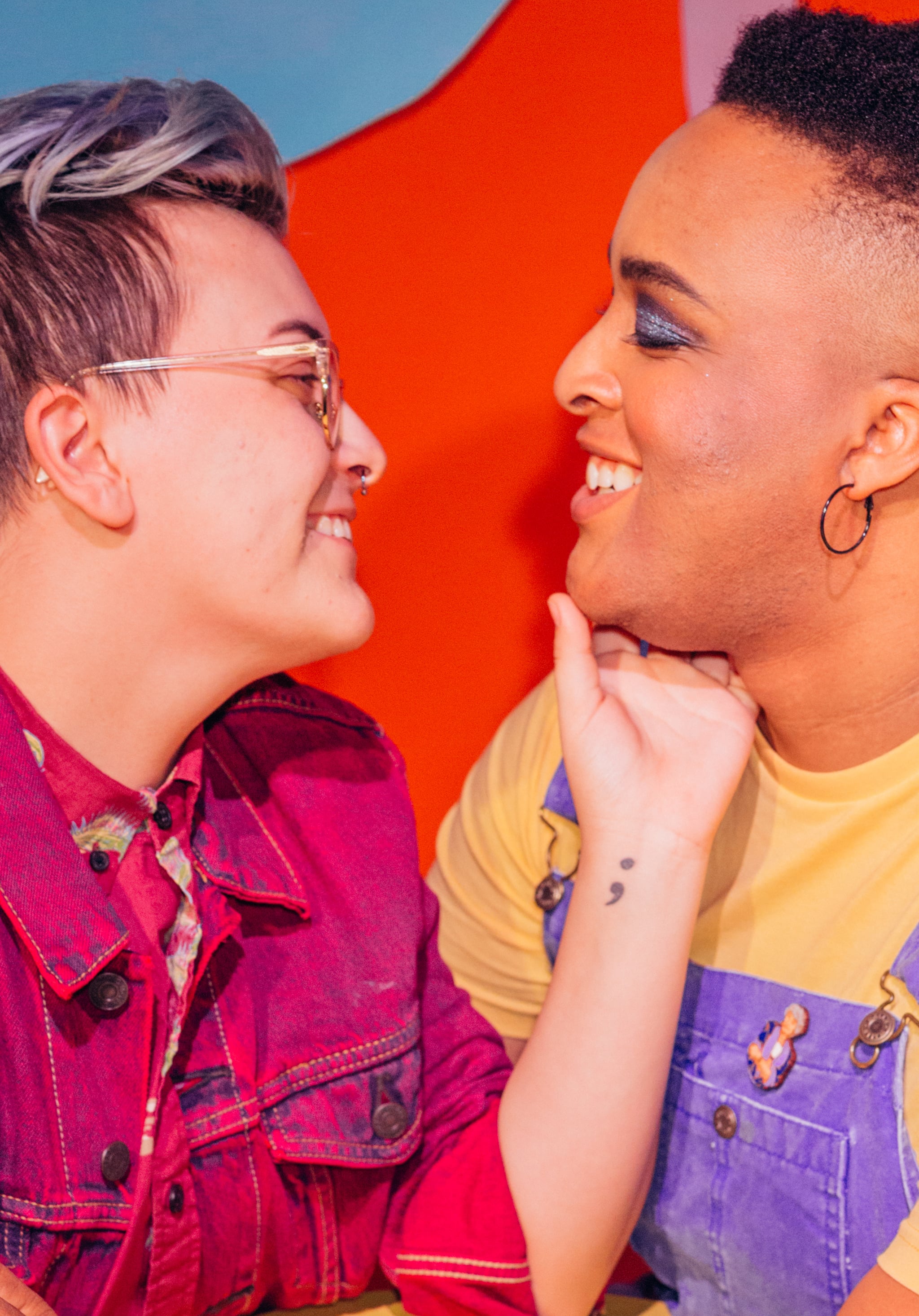 When it comes to the words we use to describe our sexual or romantic orientation, the possibilities are always expanding. After all, an individual's attraction preference can go way beyond being just "gay" or "straight." One word that you may be unfamiliar with is "biromantic." This is a label used to describe people who "experience romantic or deep emotional attraction, affection, or love for two or more genders," certified sex therapist Aliyah Moore, PhD, says.

Moore says that while being biromantic can mean you're attracted to more than two genders (for example, men and women), you could also be attracted to many genders. Maybe it's men, women, and nonbinary people; maybe it's women, men, and those who identify as transgender. The point is that you can be attracted to two or more genders.

Whether you're an ally curious to know more or you're wondering if this label might apply to you, here's everything you need to know about biromanticism, according to experts.

Related:
The Best Books About Sexual Orientation and Gender Identity For Tweens

What Does It Mean to Be Biromantic?

Simply put, being biromantic means "an individual has the capacity to have romantic attraction toward two or more genders," Wardeh C. Hattab, LCSW, says. It's important to clarify that biromanticism is a romantic orientation, meaning it's used to describe someone's romantic preferences, not their sexual preferences. Romantic preferences are about who someone would like to date, marry, fall in love with, or share deep conversations with completely outside of sex.

What Are Some Signs You Could Be Biromantic?

There is no set list of signs pointing to whether someone is or isn't biromantic. It comes down to understanding your romantic preferences and deciding whether or not the label resonates with you. While there is no definitive way to know if you are biromantic, here are some potential signs that you might be, according to experts:

Related:
From "G" to "LGBTQ" — How the Community Got Its Iconic Acronym

What's the Difference Between Biromanticism, Bisexuality, and Demisexuality?

Demisexuality also falls on the sexual-orientation scale. "Demisexual people are individuals who only feel sexually attracted to someone if they've gotten to know that person and developed a strong emotional connection with them," Moore says. As for the difference between demisexuality and biromanticism? "Being biromantic entails who you want to form a romantic relationship with (i.e., people of multiple genders), while being demisexual has to do with who you want to have sex with," Moore says. "Although there is an emotional aspect to both biromanticism and demisexuality, emotions from [being biromantic] don't have to lead to sex."

What Is the Biromantic Flag?

The biromantic flag looks the same as the bisexual flag, with one minor difference: a white heart in the top-left corner. This represents romantic attraction, Moore says. As for the colors, "the pink at the top of the flag represents pride and solidarity, the purple color alludes to the slang term 'purple menace' for bi+ people, and the blue is a representation of genders overlapping," Moore says. "Overall, the mix of colors represents attraction to different genders."

For more resources on what it means to be biromantic, check out the Bisexual Resource Center, which, according to Moore, "is a great information source and support center for the queer and bi+ community, especially for biromantic and bisexual folks." You can also visit the Biromantic subreddit for information and support.

Demi Lovato
Demi Lovato Is Being Accused of "Queer Tourism" For Changing Her Pronouns. Here's Why That's Harmful.
by Emma Flint 11 hours ago