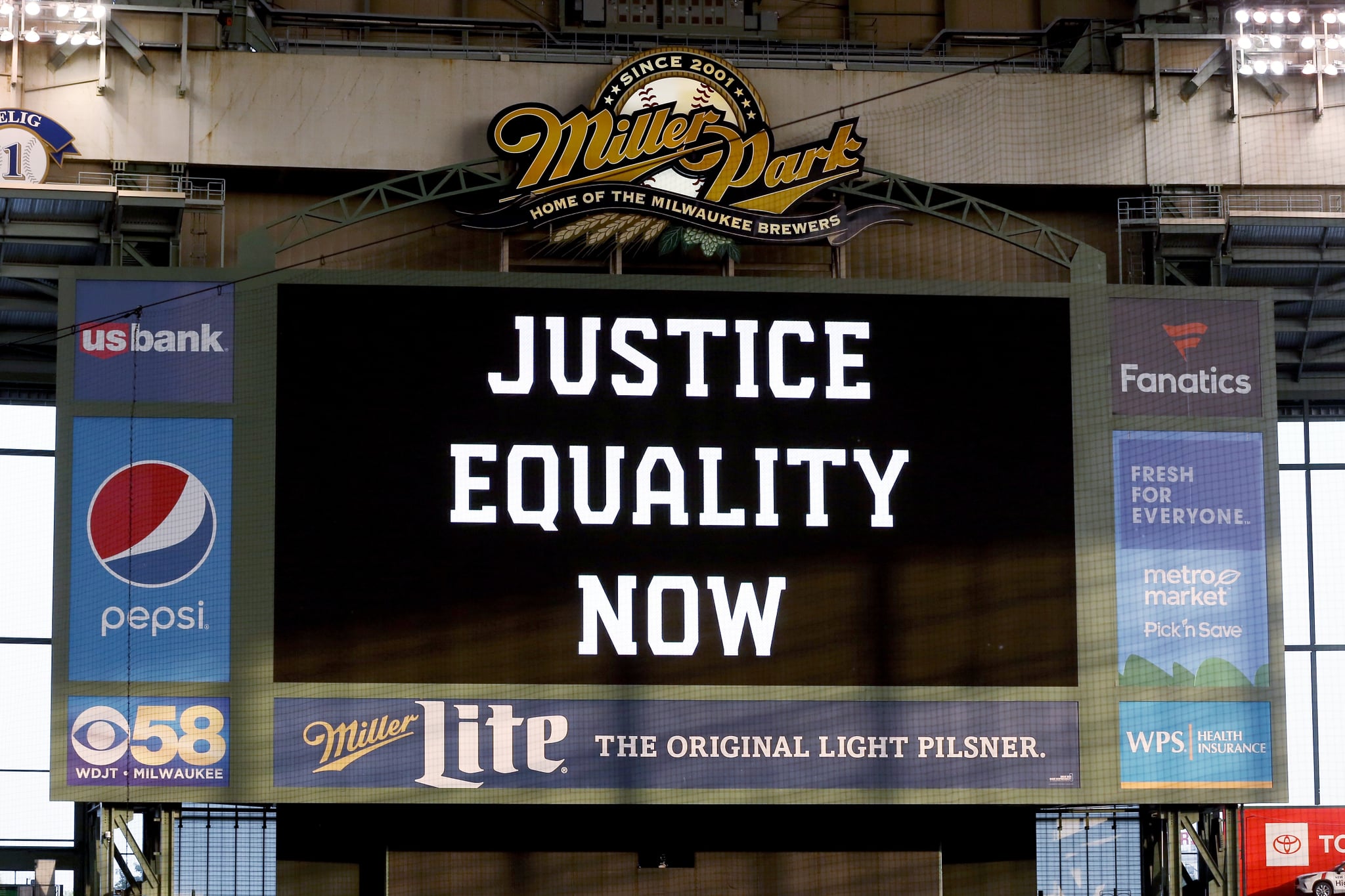 MLB players are sitting out at least three games tonight, a decision made following the police shooting of Jacob Blake on Aug. 23. Blake was shot multiple times outside his car in Kenosha, WI, with his three children still in the vehicle. His father said the bullets severed Blake's spinal cord and shattered several vertebrae, leaving him paralyzed from the waist down.

The games being boycotted are the Cincinnati Reds against the Milwaukee Brewers at Miller Park in Milwaukee, the Seattle Mariners against the San Diego Padres at San Diego's Petco Park, and the Los Angeles Dodgers against the San Francisco Giants at Oracle Park in San Francisco. According to MLB.com writer Adam McCalvy, the Brewers and Reds agreed unanimously to the boycott, which follows the Milwaukee Bucks' boycott of their playoff game earlier today. The Bucks' decision led to the NBA postponing all three playoff games on today's schedule.

Speaking about the Bucks' decision earlier today, Brewers pitcher Josh Hader called the boycott "an enormous stand. It's more than sports... This is a time where we need to, really, not stay quiet and show and empower our voices."

"Given the pain in the communities of Wisconsin and beyond following the shooting of Jacob Blake, we respect the decisions of a number of players not to play tonight," the MLB said in a statement. "Major League Baseball remains united for change in our society and we will be allies in the fight to end racism and injustice."

In a joint statement, the Brewers and the Reds stated, "The players from the Brewers and Reds have decided to not play tonight's baseball game. With our community and our nation in such pain, we wanted to draw as much attention to the issues that really matter, especially racial injustice and systemic oppression."

On Twitter, Mariners second baseman Dee Gordon released a powerful statement as well. "There are serious issues in this country. For me, and for many of my teammates, the injustices, violence, death and systemic racism is deeply personal. This is impacting not only my community, but very directly my family and friends. Our team voted unanimously not to play tonight," he wrote. "Instead of watching us, we hope people will focus on the things more important than sports that are happening."