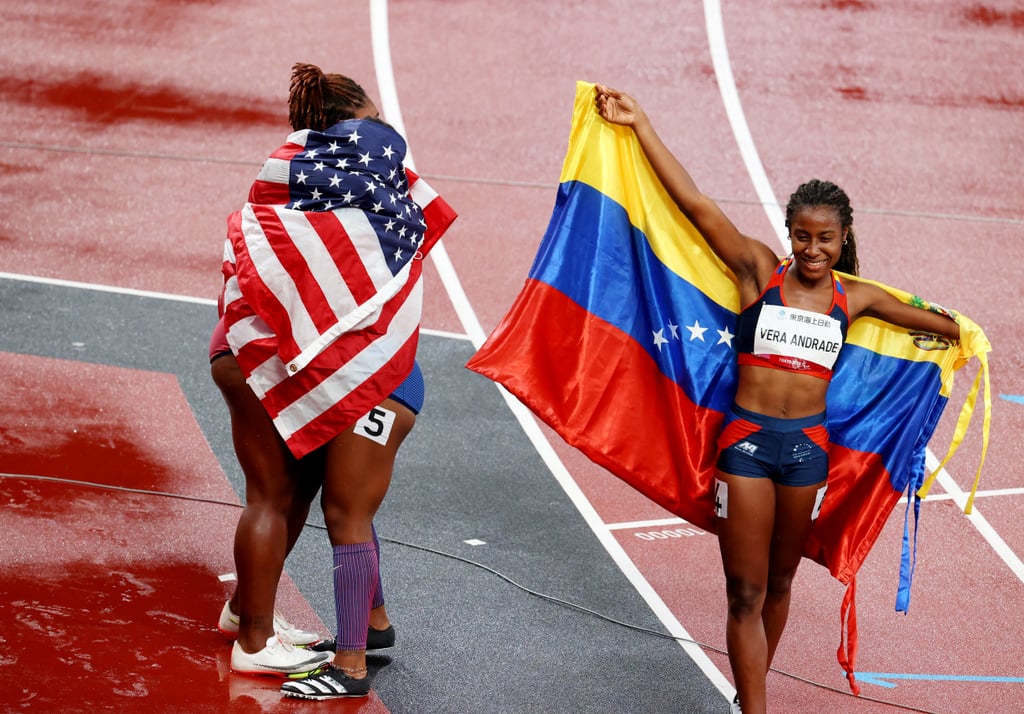 It was silver and bronze for Team USA's Brittni Mason and Deja Young in the women's T47 100m dash at the Tokyo Paralympics. Mason and Venezuela's Lisbeli Marina Vera Andrade were neck and neck at the line, but Vera Andrade just bested Mason to claim victory of the Aug. 31 race.

"When I crossed the finish line, I didn't realize I'd won, because Brittni Mason was a very strong competitor," the gold medalist said after the 100m dash. This is Vera Andrade's first Paralympic Games and second medal of Tokyo; she earned silver in the T47 400m over the weekend.

Mason, the world record holder in this event and a first-time Paralympian, and Young, the defending Paralympic 100m champion who is competing at her second Games, embraced a number of times after their podium-placing sprints. There's nothing like victory alongside teammates. As Team USA wrote on Instagram, "Hard to catch on the track. Easy to catch on the podium."

Ahead, see the sweet post-race moments plus other snapshots, and catch them both in the T47 200m run later this week.