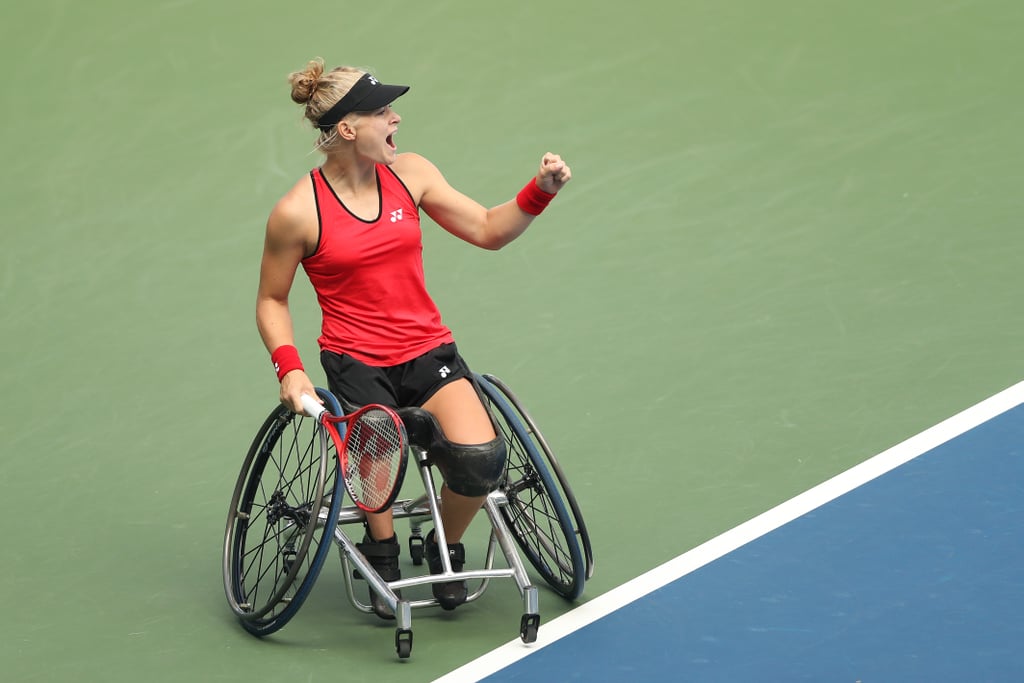 Tennis player Diede de Groot's career goals, according to her website, are to win multiple Grand Slams and to become an Olympic champion. The 23-year-old from the Netherlands has already made a major dent in those goals — actually, she's nearly crushed them.

De Groot claimed her first French Open singles title last year, meaning she's won every Grand Slam tournament there is at least once — and she only made her Grand Slam debut in 2017!

Aside from her major singles wins, de Groot has racked up doubles titles at all four Grand Slams, is a three-time world champion, and won singles titles at the 2017 and 2018 Wheelchair Tennis Masters. And, to top it all off, she won a silver medal at the 2016 Paralympic Games.

Keep reading for some facts about de Groot that you may not know.

Related:
Sloane Stephens, Naomi Osaka, and Frances Tiafoe Support BLM During the 2020 US Open
Previous Next Start Slideshow
SportsTennisUS OpenAthletes
Around The Web

Politics
"There Is No Doubt Who We Support": In a Rare Move, the Seattle Storm Endorse Biden-Harris
by Maggie Ryan 9 hours ago

Baseball
Congrats, Jessica Mendoza, For Becoming the First Woman Analyst at the World Series
by Samantha Brodsky 1 day ago

Running
This Woman Casually Ran a 5:25-Minute Mile at 9 Months Pregnant, and We're in Awe Right Now
by Maggie Ryan 2 days ago