Though the US Figure Skating Championships were filled with groundbreaking performances, the most moving by far didn't come from any medalist, but from the 12th-place finisher in the ladies' event. After years away from the sport, during which she , two-time national champion and 2014 Olympic medalist Gracie Gold made her return to nationals — and while she landed far from the podium, she ultimately won the night.

Choreographed to Sara Bareilles's "She Used to Be Mine," a signature song from the musical Waitress, Gracie's free program was intensely emotional from start to finish. The song's lyrics seemed to perfectly reflect her struggles on and off the ice: "If I'm honest, I know I would give it all back / For a chance to start over and rewrite an ending or two / For the girl that I knew."

In spite of that, Gracie remained focused, landing four difficult triple jumps, two of which were perfectly clean. Though her technical content couldn't quite keep up with that of the top ladies in the event, it was clear by the end of the performance that no one in the crowd cared about the scoring. Gracie visibly cried while taking her bows before a stadium-wide standing ovation. Even commentator and former Olympic champion Tara Lipinski got choked up while quoting Gracie's words back to viewers: "Sometimes the magic is in the journey, and it's not in a perfect performance."

The championships marked Gracie's first top-level competition in years. After faltering and landing off the podium at the 2016 world championships, she hit some rough patches. She later spoke candidly about . Her first attempted comeback in the Fall of 2018 was largely unsuccessful, as she withdrew from the second half of the 2018 Rostelecom Cup and again dealt with setbacks. This season, she was required to qualify for nationals through the lower-level competitions that elite skaters typically bypass, but she successfully earned a berth that paved the way for this incredibly touching moment on the national stage. Watch the full performance and the crowd's reactions above.

Figure SkatingAthletes
Around The Web 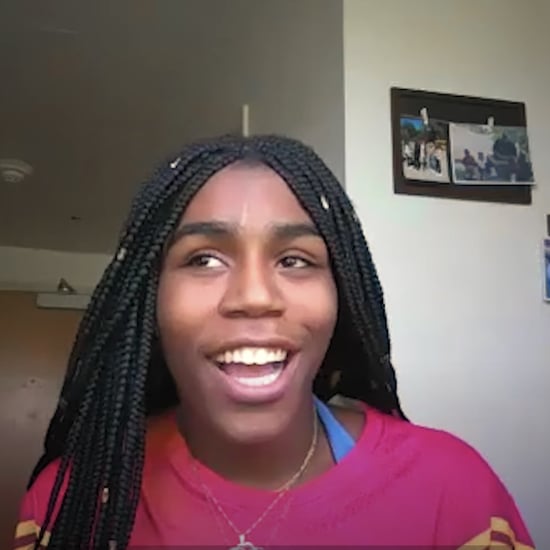