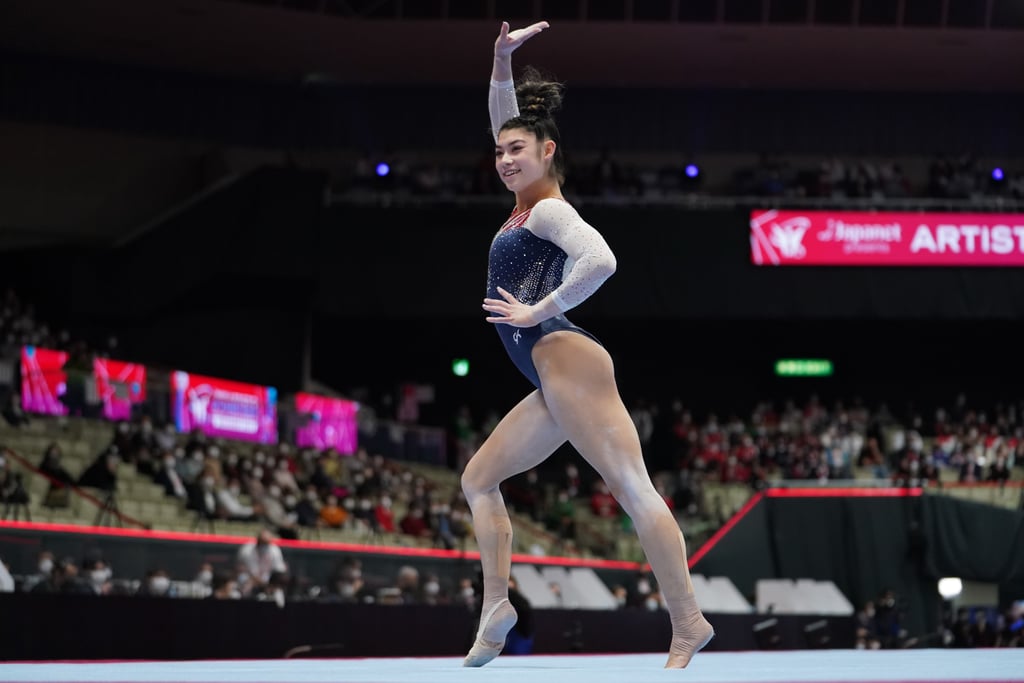 Note: there was no team event this time around, and the top eight qualifiers (with a two-per-country maximum) and top 24 all-around qualifiers (also with a two-per-country maximum) moved on to the finals, where scores were refreshed. The all-around final for the women was on Oct. 21, followed by the men's all-around competition on Oct. 22. Four women's and six men's event finals were broken up into sessions on Oct. 23 and 24, though Team USA athletes didn't qualify for all of them, just the ones seen ahead.

On Oct. 21, Wong and DiCello competed in the world all-around final and finished second and third, respectively, behind the Russian Gymnastics Federation's Angelina Melnikova. Melnikova tallied an overall score of 56.632 and maintained her first-place status from the second rotation onward. Wong also solidified her silver-medal ranking following the second rotation, and she finished with a 56.340.

DiCello started off strong with a 14.6 on vault, then a fall on bars had her contending for that bronze podium position for the rest of the competition. (Beam and floor were solid for her!) Her final all-around score was a 54.566, almost a point ahead of the next-highest contender, fourth-place finisher and Melnikova's teammate Vladislava Urazova. Read more about how the 2021 world women's all-around final went here.

The men's side of the world all-around competition took place on Oct. 22. Moldauer, a Tokyo Olympian, placed fourth with a score of 84.365 compared to 84.899 from third-place finisher Illia Kovtun from the Ukraine. A 87.964 from Japan's Daiki Hashimoto earned him silver, and China's Zhang Boheng scored 87.981 to earn the gold medal.

This is the best world all-around finish from an American man since Jonathan Horton won all-around bronze back in 2010. (Paul Hamm is the only gymnast from Team USA on the men's side to have ever claimed a world all-around title, which happened in 2003.) Moldauer was the sole American man to compete all-around in the qualifiers this time around; he placed 13th overall with 81.064, so fourth in the finals is quite the achievement. He said it's also the best all-around result he's had on the world stage.

Nedoroscik, a two-time NCAA pommel horse champion as well as the 2021 US pommel horse champion, won the pommel horse title at 2021 Worlds on Oct. 23, with a score of 15.266. This is the first time a man from the United States has earned a world gold medal on this event. China's Weng Hao and Japan's Kazuma Kaya tied for silver, both scoring a 14.9. (They had the same execution and difficulty scores that normally determine a tiebreak.)

Yoder, the 2019 NCAA champ and 2021 national silver medalist on pommel horse, also competed in the men's final after qualifying in third place. (Nedoroscik qualified through in second with a score that was one-tenth higher than his score in the finals.) Yoder finished in fifth in the final with a 14.766. No other man or woman from Team USA qualified for the additional event finals on this day.

Wong and DiCello placed fourth and seventh, respectively, on beam in the qualifying round, and neither of them medaled during the finals on Oct. 24. Wong finished fourth again with a 13.333 — she touched the beam which is a deduction of .5 tenths — and DiCello, who placed eighth, received an 11.866 after a fall and some wobbles throughout her routine. Urara Ashikawa from Japan got gold with a score of 14.1; Germany's Pauline Schäfer finished in second place with a 13.8; and Mai Murakami, also from Japan, scored a 13.733 for bronze. There will be further World Championships coverage on NBC and Peacock starting at 1:40 p.m. ET, according to USA Gymnastics. (NBC.com lists this additional coverage as beginning at 1:30 p.m. ET.) 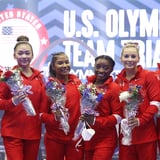 Sparkly Leotards and Sky-High Flips: Get a Sneak Peek of Simone Biles's Gold Over America Tour

On Oct. 24, Wong got bronze on floor with a score of 13.833 behind Russian gymnast Melnikova and champion Murakami from Japan, who said she's now officially retiring. DiCello finished fifth with a 13.633. By comparison, in the prelims, Wong and DiCello qualified third and fourth. Like we mentioned and according to USA Gymnastics, there will be further World Championships coverage on NBC and Peacock starting at 1:40 p.m. ET on Oct. 24. (NBC.com lists this coverage as starting at 1:30 p.m. ET.)

Also on Oct. 24, was the men's high bar final, where Malone, another Tokyo Olympian, finished third after a massive 14.966-scoring routine. Hashimoto from Japan finished second with a 15.066, and a 15.166 placed Hu Xuwei of China in first. Malone was fourth during qualifications, and he finished just off of the podium on this event at the Olympics. He's a two-time NCAA high bar champion as well.

As mentioned, there will be further World Championships coverage on NBC and Peacock starting at 1:40 p.m. ET, according to USA Gymnastics. (NBC.com lists this coverage as beginning at 1:30 p.m. ET.)

Moldauer, the 2021 US parallel bars champion, competed in the men's parallel bars final on Oct. 24 and finished in fifth place with a 15 after a tiebreak with Japan's Hashimoto. China's Xuwei (15.466) and Shi Cong (15.066) finished first and third, respectively, and Carlos Edriel Yulo from the Philippines got a 15.3 for silver.

Moldauer qualified through in sixth place, and his score in the finals was better than his prelims score of 14.866. There will be further World Championships coverage on NBC and Peacock starting at 1:40 p.m. ET, according to USA Gymnastics. (NBC.com lists this coverage as starting at 1:30 p.m. ET.)

Ahead, check out video highlights along with photos from Team USA athletes at 2021 Worlds.