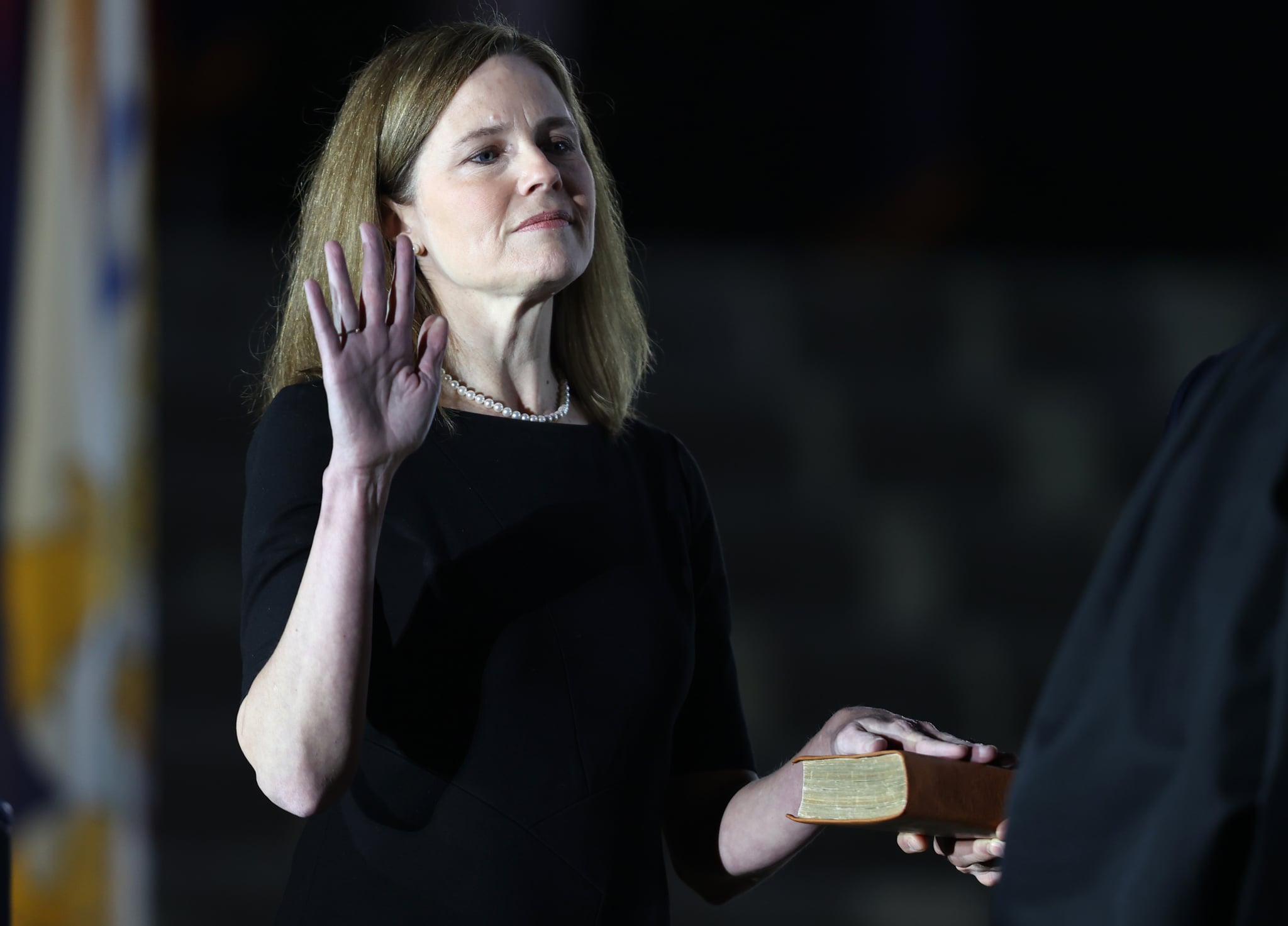 On Sept. 26, when President Donald Trump announced Justice Amy Coney Barrett as his nominee for the Supreme Court, my stomach dropped. From the moment I learned of Justice Ruth Bader Ginsberg's death, I was sure that he would nominate someone — and nominate someone whose views I didn't agree with, at that. But seeing that nomination come to pass (and during what was likely a COVID-19 superspreader event) brought the issue right into the pit of my stomach. Or, I guess if we're going to be literal, right into my uterus.

I've been on birth control for years, relying on a cheekily named alarm in my phone to remind me to take my pill every day. But as someone who needs eight alarms to get up in the morning, it's not always been the most reliable method. I'll turn it off because I'm in a meeting or watching a movie or just generally living my life, telling myself I'll take my pill in just a second. Then, the next day, when that fateful alarm goes off, I'll take the package out and realize I forgot the previous day's pill.

I get migraines, so I'm on the mini-pill, which requires the user to take it with pretty exact timing for it to be effective — not great when you can be forgetful like me. Even if I only missed a pill every few months, it was enough to throw off my cycle and leave me cursing my stupid alarm and my inability to just listen to it.

Related:
With Reproductive Rights at Stake, Should You Be Stocking Up on the Morning-After Pill?

I had long been planning to get an IUD to help mitigate my forgetfulness (and silence the annoying buzz of my phone), but had put it off because I was busy, or lazy, or got my period on the wrong day. I figured I had time, so a month here and there wouldn't make that much of a difference. Then, that ill-fated event in the Rose Garden happened, and I knew Justice Barrett's ascendance to the bench was a foregone conclusion — which made time a factor. I sent my gynecologist an email immediately, confirming I was still able to get one.

I'm privileged. I live in a state where I feel relatively confident that abortion will still be somewhat accessible should Roe v. Wade be overturned, and I could probably shoulder the financial burden should I ever require one. But the simple fact of the matter is that Justice Barrett's positions on a number of reproductive issues (and many other issues, frankly) scare the sh*t out of me, and I don't want to take that risk. An IUD is not a perfect solution — though IUDs are more effective than almost every other form of birth control — but it does allow me to exert some measure of control over what happens in my body.

I've lost confidence in the idea that the government will protect me and my right to have a say in what happens in my own body.

Justice Barrett's confirmation to the bench gives the court a clear conservative majority at a time when it's likely to hear cases on healthcare regulations, gun control, campaign finance, voting rights, and yes, reproductive rights. These decisions could undo years of progress and leave many Americans stuck in far worse positions. It's a terrifying prospect, and even more so for marginalized citizens, like the LGBTQ+ community, undocumented immigrants, and people of color.

But it comes down to this: I've lost confidence in the idea that the government will protect me and my right to have a say in what happens in my own body. It's unfair, infuriating, and just plain wrong. So while I may not be able to do anything about what cases make their way to the court, or how the justices rule, I am going to do everything I can to protect myself and those around me. An IUD is just the first step.

Vaccinations
After Picking "Pandemic" Last Year, Merriam-Webster's 2021 Word of the Year Is "Vaccine"
by Kelsey Garcia 3 days ago