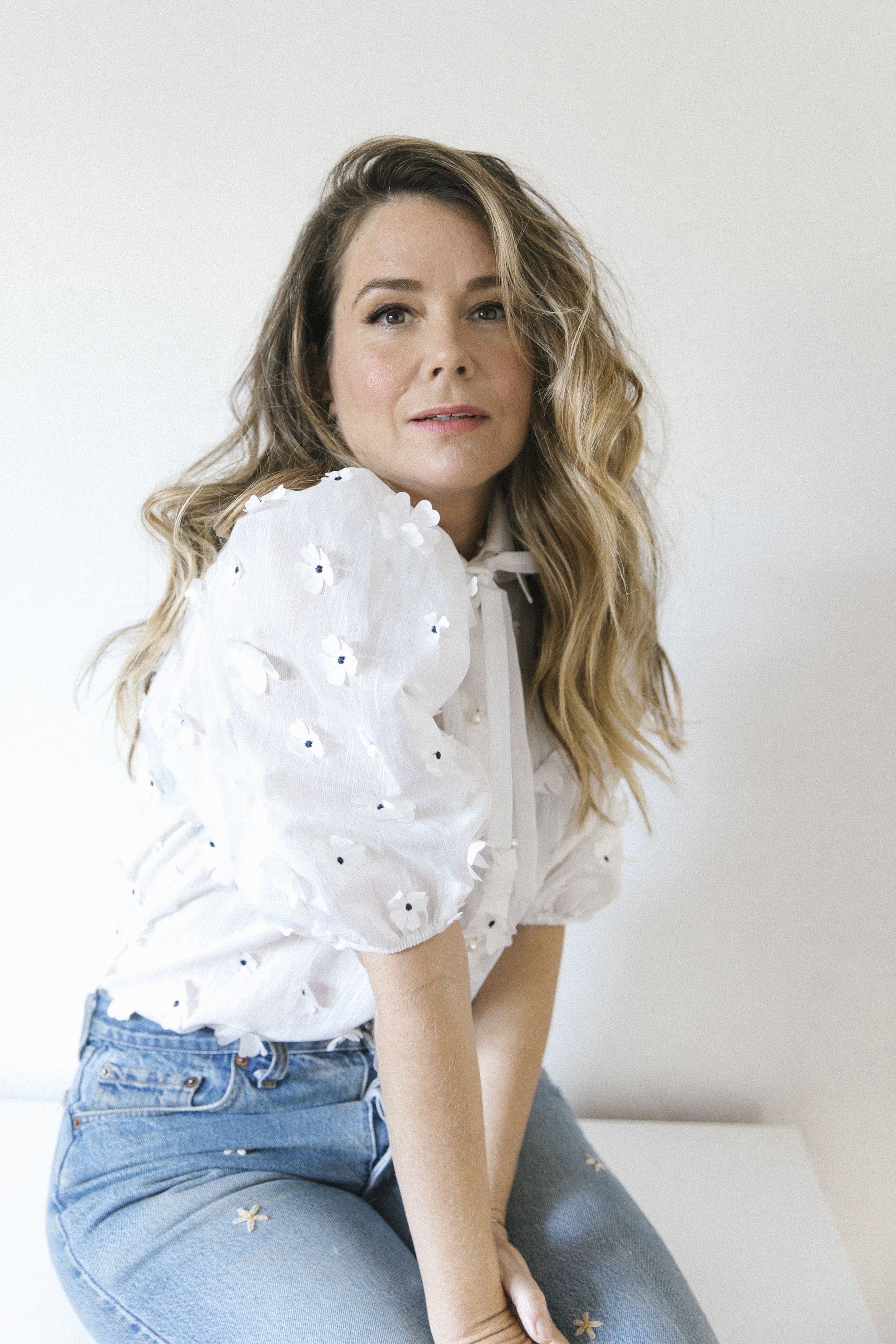 Jen Gotch has built an entire brand on being creative. Ban.do, the lifestyle company she founded in 2008 and of which she is the chief creative officer, is known for its colorful accessories and planners filled with clever sayings. Her creative vision is apparent on the cover of her New York Times bestselling book, The Upside of Being Down, where Gotch, adorned in a floral dress and cornflower blue eyeshadow, is standing in front of vintage-looking floral wallpaper with a handful of wildflowers, calling to mind her wildly popular floral crowns that put her on the map in the late aughts (Taylor Swift was an early customer).

When I talked to her on the phone in mid-March, right as the country was grappling with the emotional toll of a global pandemic, it quickly became apparent how she has gained a loyal following of over 250,000 on Instagram: she genuinely cares. When I expressed my worry about how falling off my typical schedule would impact my mental health, she advised me to take some time that night to draft up a new routine because she gets it. It's why people are so drawn to her on social media. She's not afraid to be raw and honest and share what she's really feeling: good, bad, and in between.

She's also been open about her bipolar II diagnosis, a mood disorder characterized by depressive episodes interspersed with hypomania, a less severe form of the mania found in bipolar I. Hypomania isn't typically severe enough to interfere with everyday life and only lasts a couple days; it may feel just like a giddy, happy mood. For a creative person, that can feel like a sudden rush of ideas and the energy to pursue them all — a useful tool when you're running a company that continues to evolve and innovate, but it can quickly spiral into feeling out of control.

"I think people take drugs to feel like that sometimes, recreationally."

In her book, Gotch describes hypomania this way: "mostly it's not fun, but at times it's very fun." As someone who has also been diagnosed as bipolar II and works in a creative field, I completely understood. Ideas come fast and furious, and Gotch described hypomania for her as feeling like "high creativity."

"You generally have a feeling of elation, and like everything seems better than it is, but it's very real," she said. "When I say it's fun, it's like . . . I think people take drugs to feel like that sometimes, recreationally."

Gotch was diagnosed with bipolar II over 15 years ago. And while such a diagnosis may seem scary, for Gotch, it came as a relief. After years of burning through different psychiatrists and diagnoses (depression, ADD, and generalized anxiety disorder, to name a few) and medications, she finally landed on a diagnosis that made sense, and a combination of medication that kept her moods stable.

A few years later, she founded Ban.do with fellow stylist Jamie Coulter, which Gotch describes in the book as "less of a calculated business endeavor and more of a half-baked creative project." They started with hair accessories, which Taylor Swift loved and kept buying up — she even rocked one in a Seventeen magazine photo spread. "If you could pick one person to have wearing your stuff in 2008, it was her," Gotch told Fast Company in 2017.

In the early years, Ban.do was still small, which meant more creative freedom. "There was a time with Ban.do especially that [I had] the ability to indulge a lot of my ideas, and we probably shouldn't have done some of that stuff," she said. "I think what really ended up helping me in the long run is to have people around me that are a little more grounded and can actually vet the ideas. I think how that translates to bipolar is it's a mood disorder that often compromises your judgment."

Now, she says her ideas aren't generated from a manic state. Still, it takes some trial and error to find the proper mental health professionals and combination of medication that works. For Gotch, landing on a proper diagnosis and treatment wasn't an accident — she had done plenty of her own research and advocated for herself in the doctor's office when she thought that she could be bipolar. She encourages people who are struggling with their own mental health to read and research, and spend time being introspective.

Related:
It's Time For Mental Health Days to Become Policy For Workers and Students

"Arming yourself with information is the most powerful thing that you can do when you're working with a therapist or a psychiatrist, because they're basing a lot of their decisions on what you tell them about yourself and how you're feeling," she said. "The more connected you can be to your gut or your intuition, and you combine that with your own knowledge, you will always be able to self-advocate."

"To understand emotions is what so many people are lacking."

It's why she talks about emotional intelligence so much in her book — a trait which she describes as having a deep understanding of your own emotions and why you react to those emotions. This allows you to understand other people and their emotions better.

"Human beings are actually so much more similar than we give ourselves credit for," she said. "Being able to have that deep understanding creates empathy, compassion, and honestly gives you a leg up in personal and professional relationships, because to understand emotions is what so many people are lacking." 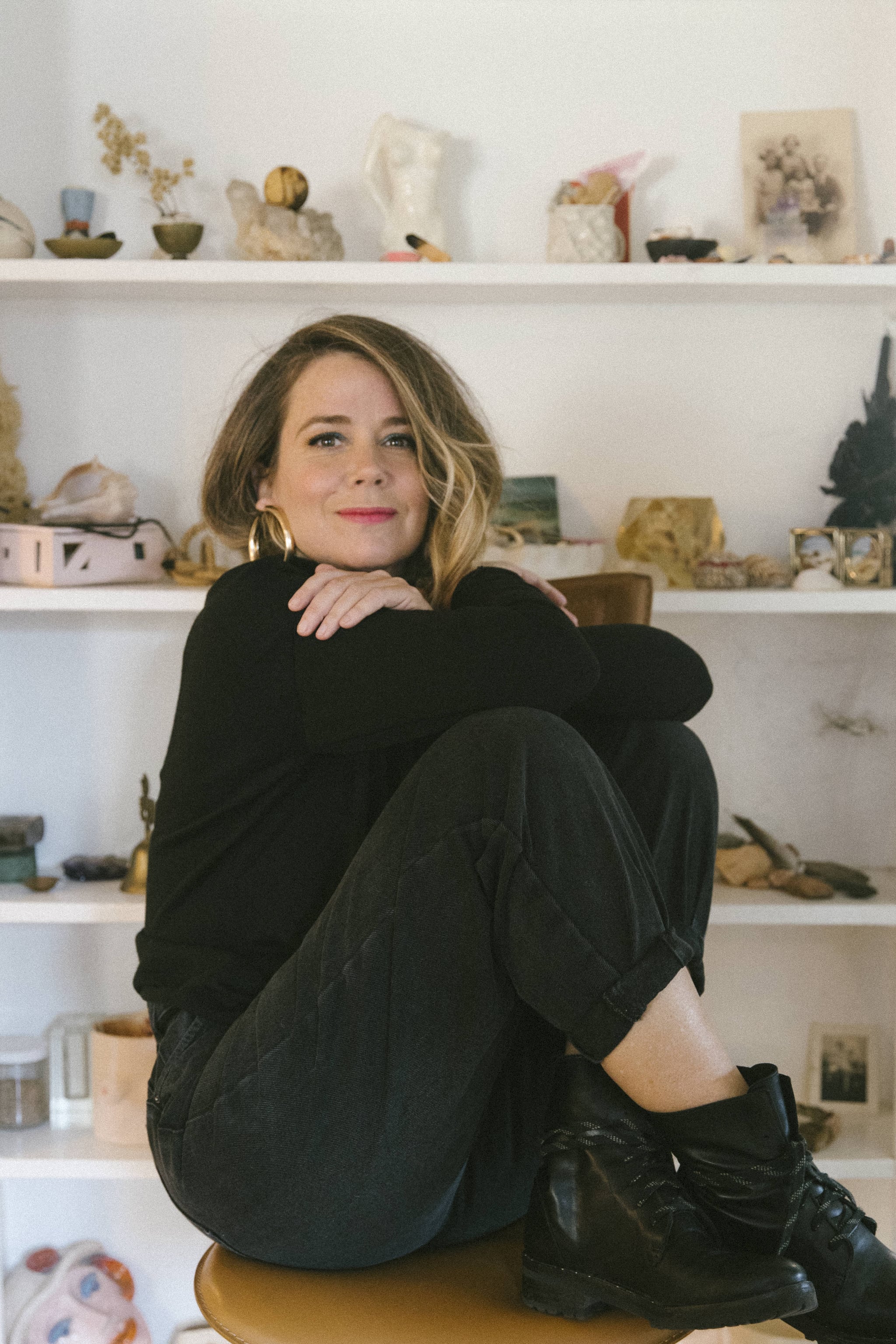 Gotch has channeled that emotional intelligence into Ban.do. While clothes with vibrant patterns and gifts with fun sayings on them are a signature of the brand, it's become much more than that. On the site, you can find graphic tees that say "I Cry at Work" and "Ask Me About My Feelings," interspersed with motivational messages like "Take Really Good Care of Yourself" and "You Can Overcome Anything" with links to self-care worksheets and mental health resources.

A couple years ago, Gotch got another spark of inspiration: dainty necklaces emblazoned with mental illness diagnoses to help normalize the conditions. The first iterations included "anxiety" and "depression," with "bipolar" added shortly after. One hundred percent of the net proceeds of the necklaces go to the nonprofit organization Bring Change to Mind, which is dedicated to ending the stigma and discrimination surrounding mental illness. The small size is intentional; you have to be close enough to read what the word says, which will hopefully be an icebreaker to open up the conversation about mental health.

Related:
I Have an Anxiety Disorder, and I'm Begging You: Please Stop Telling Me to Relax

Most recently, Ban.do created a line of Good Intentions necklaces, which Gotch described as traits people may be looking to embody: optimism, kindness, joy, strength, and gratitude. A portion of those proceeds go to the nonprofit Girls Inc., which helps girls navigate gender, economic, and social barriers to grow up healthy, educated, and independent.

Another necklace that gets a lot of attention is the 7.8 necklace — a seemingly random number, but one that has major significance for Gotch. Shortly after she moved to California as a young woman and was still navigating her own mental health, she and her mom, Saerina Taurit, created what they call an Emotional Rating System (ERS) to help Gotch track her moods. The scale ranges from one to 10, but Gotch has also implemented the use of decimals: at 1.9, she's at what she describes as "the depths of depression" and "like your soul went on vacation and you didn't get to go."

On the other end of the spectrum is full-blown mania; a 9.1 means she's in a manic episode and is being super talkative, has lots of energy, and tons of ideas. That's where the "elusive" 7.8 comes from; it's the happy level she strives to stay at. A 7.8 means "no depression, no mania. I'm productive, happy, engaging, and alert. I'm funny, but not hysterical."

Having the self-awareness to monitor her moods using her ERS has been key in Gotch managing her bipolar II, along with lifestyle efforts and an effective combination of medication. Gotch notes that she's managing but not cured; such a complicated mood disorder requires lifetime treatment.

"I have a support system in place," she said. "Where I am today is stable, medicated, grounded, mindful."

"I'm hoping to set an example for people that success and wellness and thriving in your lifetime can commingle with mental illness,"

Nearly two decades after her diagnosis, Gotch continues to achieve new levels of success. She's always been a creative person who was able to leverage ideas and inspiration into a thriving business. Now, she's been able to hone her creative process and recognize which ideas are worth going after.

"I'm hoping to set an example for people that success and wellness and thriving in your lifetime can commingle with mental illness," Gotch said.

Sure, those feelings of elation and euphoria that come with hypomania can feel like a silver lining in a sometimes debilitating mental illness; the "upside of being down." But the title of the book isn't just a nod to her mood swings. Gotch's success in all her endeavors — Ban.do, a popular podcast, a New York Times bestseller — was borne out of the resilience she gained through her own mental health struggles. It's an inspiring journey we can all learn from.

Healthy Living
I'm a Psychologist, and Here Are 5 Things I Often Think During Therapy
by Nehjla Mashal, PhD 1 day ago

Personal Essay
I Have Depression and Anxiety, and COVID-19 Has Taken an Emotional Toll
by Jenna Wirth 1 day ago