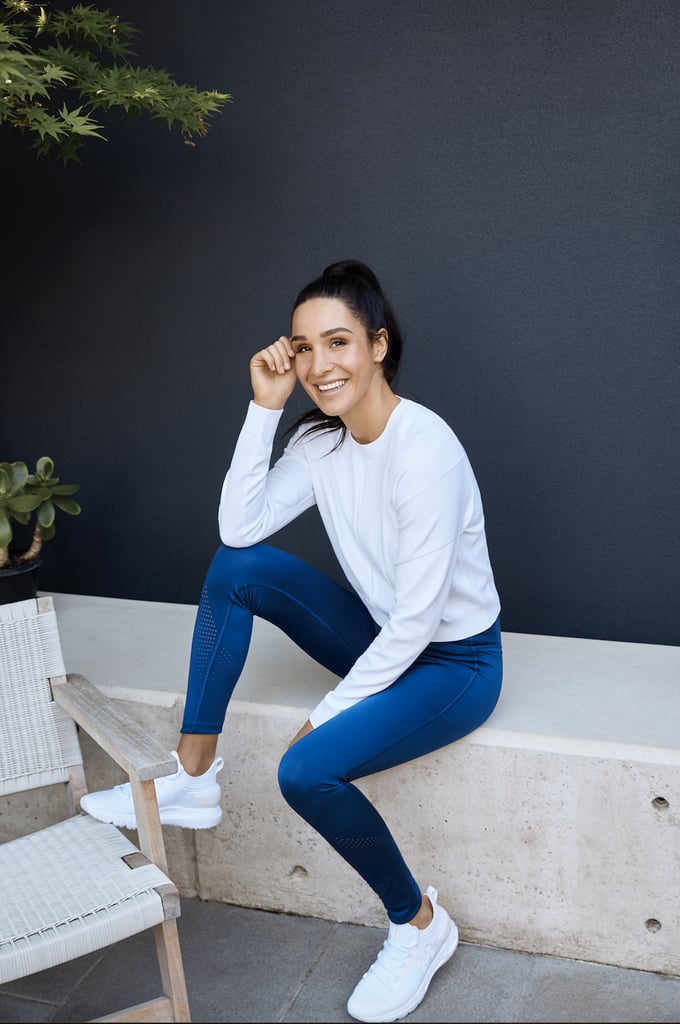 Kayla Itsines has been an athlete all of her life and a personal trainer for 10 years, but when she gave birth to her daughter, Arna, seven months ago, she was back at square one or, she said, even further back it seemed. The Australian SWEAT app founder told POPSUGAR around the launch of her two new programs — BBG Beginner and Post-Pregnancy — that, after going through her postural and foundational work once she was cleared by her doctor seven weeks postdelivery, she eased back into fitness. At first, she couldn't do any jumping at all or workouts that were high-intensity.

Kayla's BBG Beginner program is eight weeks of low-impact sweat sessions. Each week, you'll have one lower-body and one full-body resistance session (note: the upper-body day that is optional in the first six weeks will become recommended in the last two). There are also low-intensity cardio sessions (LISS) like biking or walking built in, and the first half of BBG Beginner has zero jumping whatsoever. By the time you've completed BBG Beginner, you'll be ready for Kayla's BBG program, she said.

"There needs to be a journey for women, and I'm now able to provide that," Kayla told POPSUGAR. "I can provide a journey from after you've had your baby, then into beginner, then into BBG, then maybe to the gym for BBG Stronger." Kayla provided us with an example of what a full-body workout from the first four weeks of BBG Beginner looks like.

Equipment: You'll only need a chair and a workout mat for this. (Don't forget a kickbutt playlist and some water, too!)

Directions: This workout consists of two seven-minute circuits where you'll do as many rounds as possible (AMRAP) and one 60-second rest in between. Complete circuit one then circuit two for 14 minutes of work. For 28 full minutes of work, repeat from the beginning for a total of two rounds. Your workout would look like this: circuit one (seven minutes), rest (one minute), circuit two (seven minutes), repeat.

Ahead, check out how to do each move from the two circuits. You can find out more about Kayla's fitness progression postbaby, as well as details on BBG Beginner and Post-Pregnancy, here.

Workouts
Tonal Is an All-in-One Home Gym With Up to 200 Pounds of Resistance, and I Got to Try It Out
by Christina Stiehl 9 hours ago 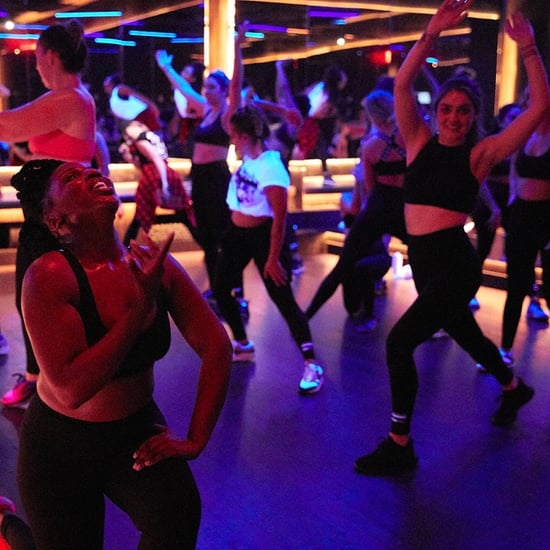 Workouts
Tight After a Long Run? This 30-Minute Yoga Flow Is Just What Your Hips and Hamstrings Need
by Maggie Ryan 1 day ago