On Sunday, Norway's women's beach handball team opted to wear shorts during the bronze medal game at the European Beach Handball Championships in Bulgaria. On Monday, the players were fined for it.

Per rules set by the International Handball Federation, women's beach handball players must wear bikini bottoms "with a close fit and cut on an upward angle toward the top of the leg." On the sides, the bottoms can be no longer than four inches. (Men, FYI, can wear shorts four inches above the knees, with the only stipulation that they can't be "too baggy.")

This isn't a new issue for women players. Kare Geir Lio, president of the Norwegian Handball Federation (NHF), told the New York Times that the organization has complained about the uniform regulations since 2006. French national coach Valérie Nicolas called the rules "unfair," telling Norwegian newspaper Verdens Gang, "We have lost players due to the suits. The players tell me they are uncomfortable, feel naked." She added that the bikini bottoms can hinder movement and make players feel uncomfortable when they're on their period, or for religious reasons.

Related:
Oksana Chusovitina Heads to Tokyo, Her 8th Olympic Games: "I Only Got Better, Like Fine Wine"

To put it bluntly, Norwegian player Martine Welfler told NYT, "I don't see why we can't play in shorts. With so much body shaming and stuff like that these days, you should be able to wear a little bit more when you play." She added that the rule is especially unacceptable because it discourages women from playing the sport. "That's really sad because maybe the best players won't participate."

The players were fined 150 euros (about $177) each by the European Handball Federation, and Lio said the NHF would pay the fines. The players joined together to flout the rules on purpose, hoping to draw attention to the sexist rule, and the story has since gone viral as just the latest example of women athletes having to deal with uniform double standards. Reminder: these are world-class athletes. The last thing they should have to worry about is feeling uncomfortable in their uniforms.

A spokeswoman for the International Handball Federation told NYT that she did not know the reason for the rules, but the organization is "looking into it internally." Meanwhile, the European Handball Federation plans to discuss changing the rules in a meeting in November, according to a spokesman speaking to the Times. Hopefully, the international outcry will lead to change. 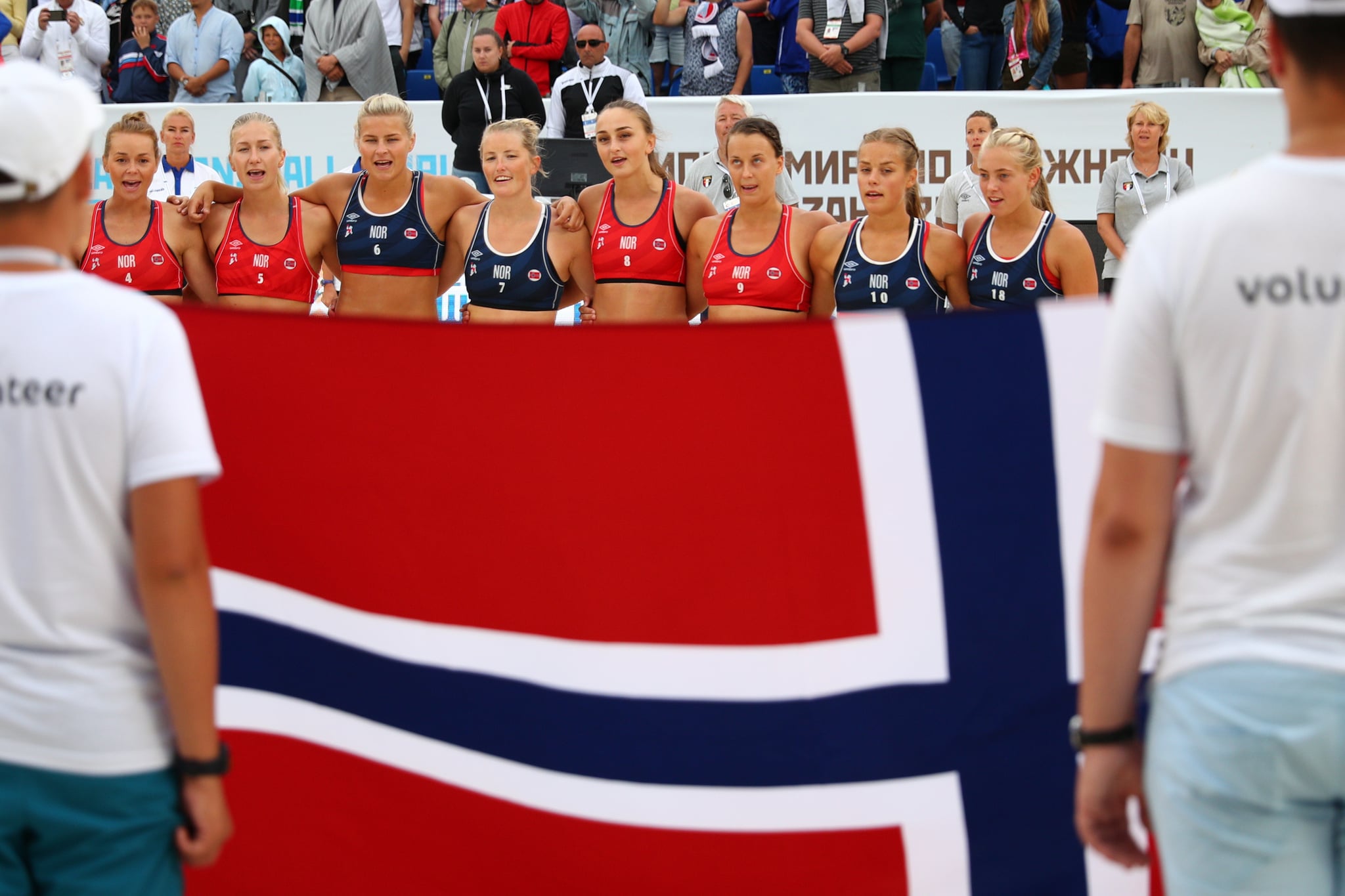