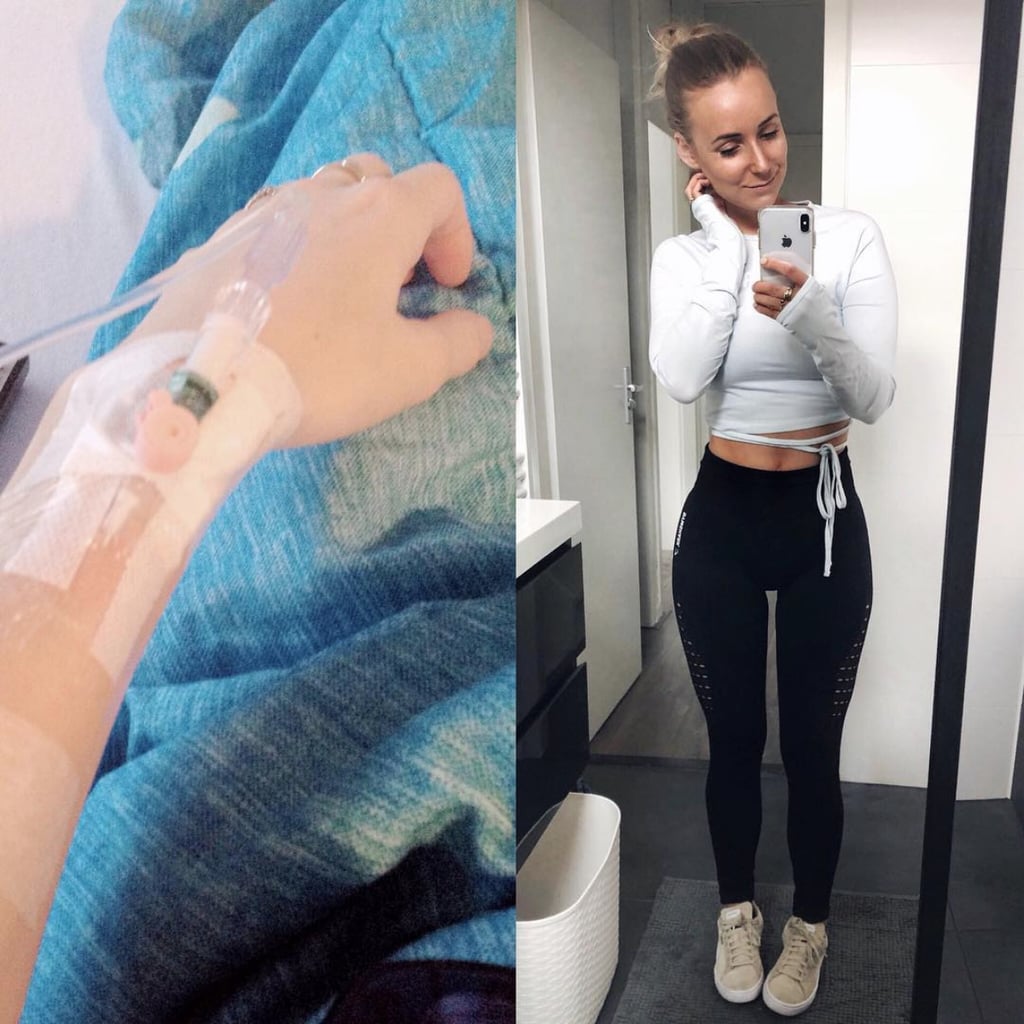 2015 was the year where a lot changed for Tess. She had been sick for weeks, and things just kept getting worse until finally she had to get admitted to the hospital. "I got diagnosed with ulcerative colitis (UC), a type of inflammatory bowel disease closely related to Crohn's disease."

There's no cure yet, and people usually have symptom flare-ups on and off. Symptoms are different for everybody with UC but for Tess, the symptoms she struggles with the most are cramping stomach pain, lack of appetite during the day, fatigue, fever, joint pain, and soreness, as well as sensitivity to some foods.

After being diagnosed with UC, she started treatment."My body started functioning more like others. Nutrients were getting absorbed again, and for the first time in my life I was able to gain weight," Tess explained. She weighed about 43 kilograms (about 95 pounds) when she was in the hospital, and eventually weighed 58 kilograms (about 128 pounds) after receiving treatment.

And although she was receiving treatment, she still struggled with her illness, and continued to have symptom flare-ups. "The symptoms get less heavy, but they are still there," Tess said.

Weight Loss
If You Are Training For a Marathon and Gained Weight, a Dietitian Explains 5 Reasons Why
by Jenny Sugar 3 weeks ago

Weight Loss
If You're Looking to Lose Weight, Is TikTok's Lemon Coffee the Answer?
by Jenny Sugar 10/25