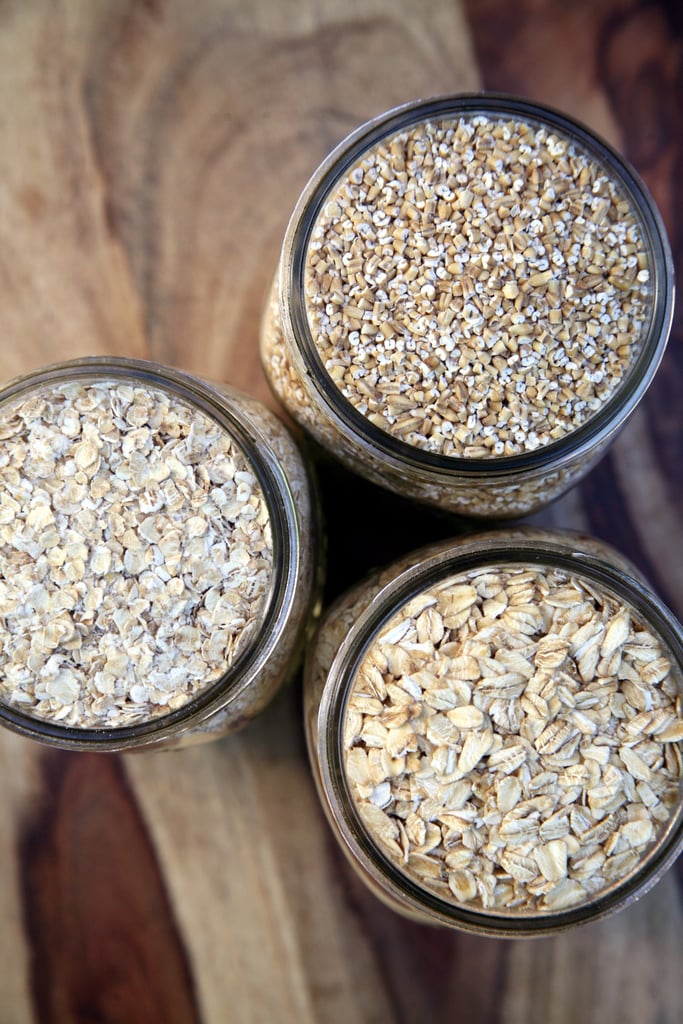 Oatmeal Is High in Fiber

One of the best reasons to eat oatmeal is because it's high in fiber. Freeman said this whole grain has both soluble and insoluble fiber, which are both "beneficial for promoting satiety, regular bowel movements, and controlling blood glucose levels." The soluble fiber in oatmeal can also help raise your HDL (good) levels of cholesterol and lower your LDL (bad) cholesterol levels by reducing the absorption of cholesterol into your bloodstream. Also, oats have a lower glycemic index than potatoes or white bread, another way it can help to stabilize blood-sugar levels.

There are various forms of oatmeal, and similar to other types of whole grains, the less processed, the more beneficial, Freeman explained. See the ranking below, from least processed to more processed. As you can see, oat groats are highest in fiber.