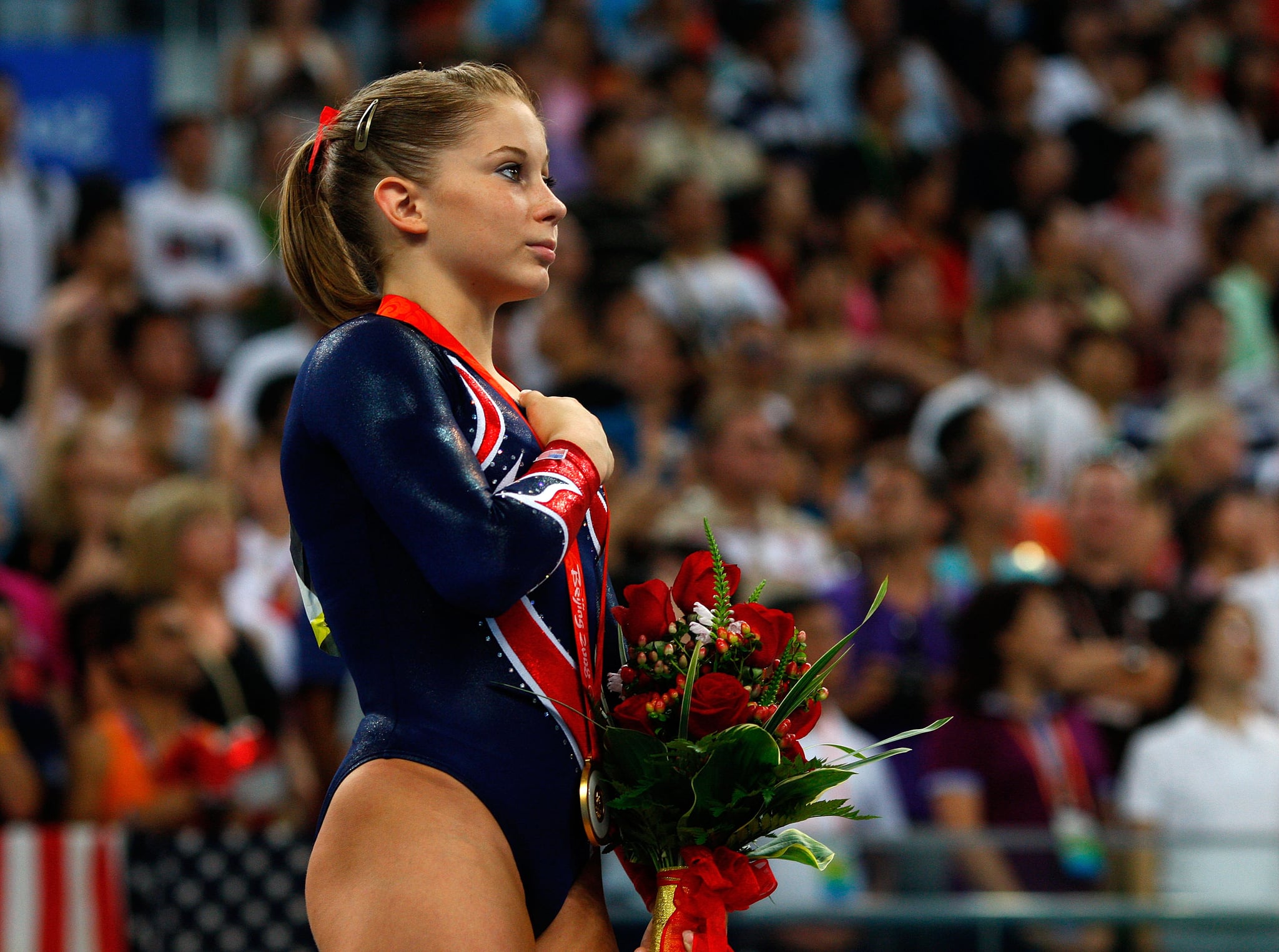 Elite athletes — the ones who compete for the top medals in the world's biggest competitions — develop a unique mindset, according to Olympic gold medal-winning gymnast Shawn Johnson. "It's this failure-versus-success mentality," she said, black and white rather than shades of gray: you either qualify or you don't. You either win the gold or you don't.

It goes beyond just winning and losing, qualifying or not. "It's this weird mindset that only athletes have where everything is so concrete," Johnson told POPSUGAR. "They know exactly when world championships start. They know exactly when the Olympic trials will be. They know when to train and when to rest, and they plan this out years, if not a lifetime, in advance."

Athletes cultivate this tunnel vision mentality because it works, allowing them to plot their lives around the pursuit of one goal. That kind of dedication can lead to gold medal glory or crushing disappointment, but one thing it's never had to account for is the world-halting possibility of a pandemic, breaking out mere months before the Olympic opening ceremony and upending every carefully-laid plan.

Postponing the Tokyo 2020 Games until summer 2021 was "the right decision," Johnson said, and athletes across the board agree with her. "It was the choice that had to be made. However, I think it's really, really hard for these athletes to wrap their minds around."

When Johnson was competing to qualify for the 2008 Olympics — the Games in which she would eventually win three silver medals and one gold — her mentality was clear-cut. "With the Olympics being so close, your biggest fear as an athlete right now is, 'What do I need to do to not let myself down, or not not make the Olympic team?'" she said. Now, some athletes don't even know when they'll be able to train normally again, let alone how to qualify. It's something "so unknown and something you could never plan for," Johnson said. "I could not imagine having to do that as an athlete."

Still, the utterly unknown is something that Johnson herself has dealt with. In 2017, she discovered she was unexpectedly pregnant; hours later, a doctor confirmed that she'd miscarried. She's been open about her mental health journey following the miscarriage, and, in October 2019, gave birth to her first daughter with husband Andrew East. Now, during a global crisis, Johnson is about to celebrate her first Mother's Day as a mom, even creating a Hallmark gift guide for the occasion. "I think there's some beauty to still gifting a card or something to your mama on Mother's Day, to act like things are normal," she said.

She offered advice for Olympic athletes as well. "I think the biggest thing that they need to realize is that this isn't something you can train for," Johnson said. "Your failure or success has nothing to do with your ability. It's something so unknown that it can't define you. You just have to roll with the punches now and try not let it control you."

And whenever the Olympics do kick off, "I think it'll be quite the celebration," Johnson said. "It'll be the moment they deserve."