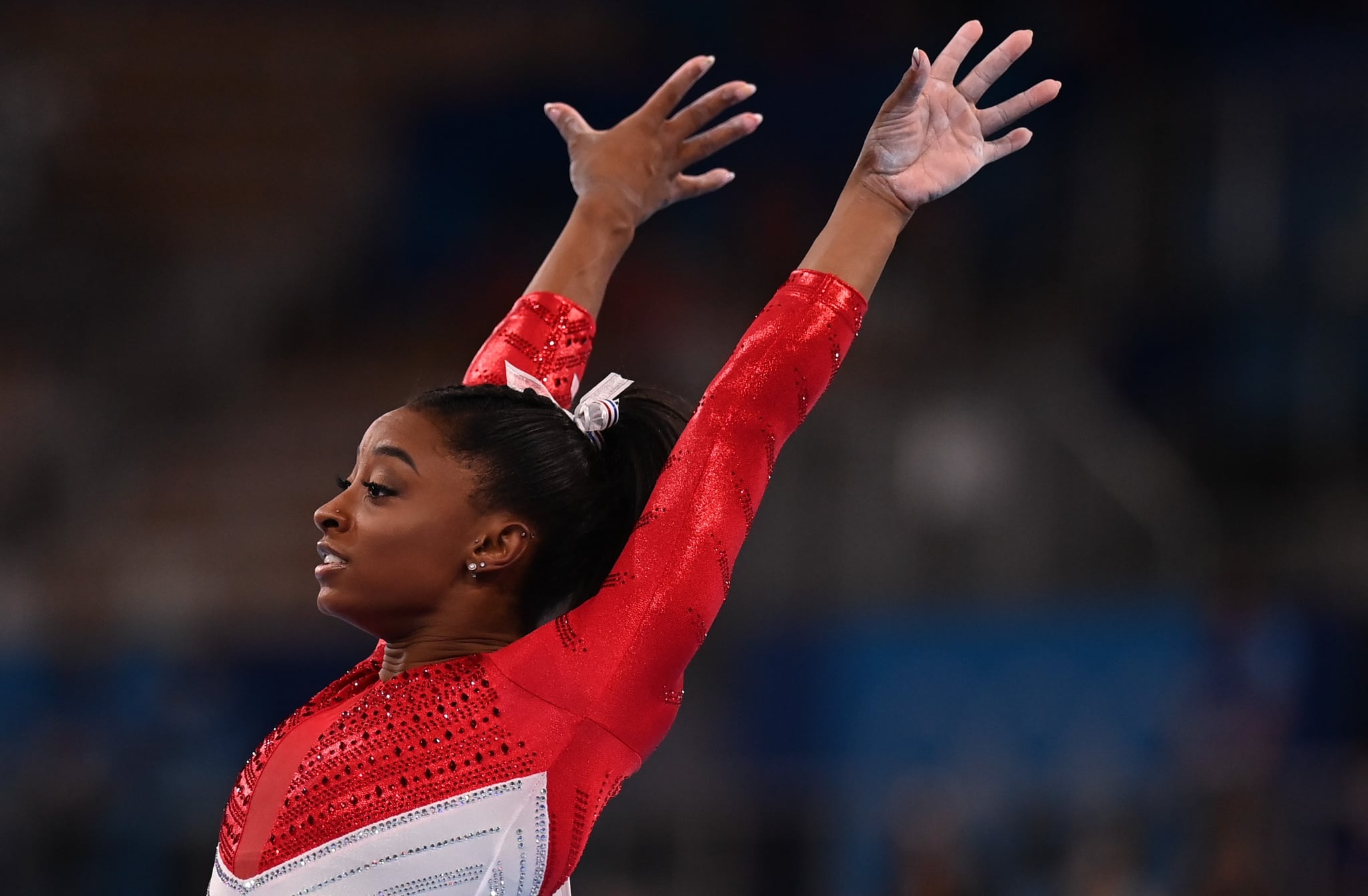 Simone Biles opened up in her Instagram Stories about the "twisties" that affected her performance on vault at the July 27 Olympic women's artistic gymnastics team final and subsequently led her to withdraw from the rest of the meet in addition to the all-around final two days later. The twisties are a terrifying experience in the sport that puts a gymnast at risk of injury, especially on hard competition surfaces. Biles fielded some questions about them Friday morning, Tokyo time.

The two-time Olympian wrote that her mind and body are "simply not in sync," revealing that she has experienced twisties in the past, though it wasn't happening before she left for Tokyo, and it's a "petrifying" feeling where you can't "tell up from down" and don't have "an inch of control over your body." She continued, "what's even scarier is since I have no idea where I am in the air I also have NO idea how i'm going to land. or what I'm going to land on." She's lucky that she landed safely when she opened up too early in her Amanar vault — she was supposed to do two and a half twists after her Yurchenko and only executed one and a half — and that despite her lack of body awareness she was still able to plant her feet on the ground.

The twisties started for her the morning after the qualifying competition, and in order to carefully continue practicing with them, Biles said she goes back to basics and uses soft mats and foam pits for caution. When asked if she feels this way for non-twisting flips — think: Yurchenko double pike — she said yes, to a degree, but it's not as severe as when she tries to twist. She added, "sometimes I can't even fathom twisting. I seriously cannot comprehend how to twist."

Related:
It's Gold For Suni Lee! US Gymnast Shows Up Strong to Win Olympic Gymnastics All-Around

When Biles posted this Q-and-A on her Instagram, she still had the twisties, and it's unclear if her case of them will continue on through the rest of the event finals coming up Aug. 1, 2, and 3. She noted that it typically lasts two or more weeks for her, adding that it's "something you have to take literally day by day, turn by turn." One thing she's sure of? This won't affect her performances at her post-Olympics Gold Over America Tour.

Biles concluded by reiterating that this wasn't her "quitting" after a bad performance; she was at risk and didn't want to jeopardize a medal of any kind for the team by continuing to compete in the state of mind she was in. If you want more information about just how scary and unsafe (and also common) this type of mental block is, read our explainer post on twisties here.

Biles originally posted videos of herself "bailing out" (a gymnastics term for backing out) of her bars dismount, something that she said has never happened to her ("it's never transferred to bars & beam before for me," she wrote, "it strictly likes floor & vault"). The videos have since been taken down, but at a time when she's mentally struggling, why does she need to physically document the twisties in the first place? As proof? No, we don't — we shouldn't — need that from her. She stated in her Instagram Stories, too, that she doesn't have to explain why she put her health first either: "physical health is mental health."