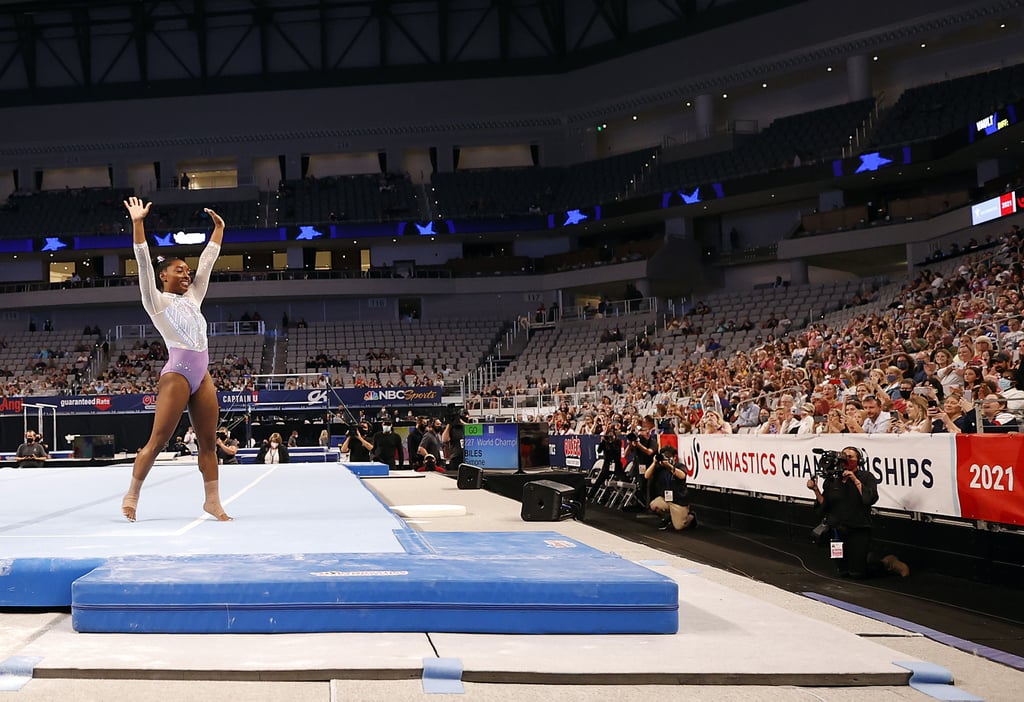 Victory! Simone Biles Sets Yet Another Record With Her Seventh National Championship Win

After a flip-filled weekend, Simone Biles added to her list of accolades and expanded on records in the world of women's gymnastics. On June 6, following the second session of the 2021 US Gymnastics Championships, the 24-year-old Olympian came out victorious in the all-around with a 119.650 combined total to rack up her record seventh national all-around title. This broke the tie she previously held with Clara Schroth-Lomady. One more first-place finish at Nationals would make her the most decorated gymnast in US Championships history, period. (Alfred Jochim holds seven national all-around titles on the men's side.)

Biles, who took the title on floor, vault, and beam as well, did not showcase her iconic Yurchenko double pike vault that she debuted two weeks ago at the GK US Classic during either night of competition. However, she didn't need to; her routines were still wildly difficult and high-scoring. And for both sessions this weekend, she wore a leotard embellished with a billy goat in honor of her "greatest of all time" status.

"It's really emotional, especially going into my second time doing an Olympic run," Biles said on NBC after her win. "It's really crazy, and I appreciate everyone that's come out to watch and support us, especially after the year we've had."

Ahead, check out some highlights from Biles's performances at the 2021 US Gymnastics Championships. Next stop, Olympic trials — where the top two all-arounders automatically make the team — and a trip to Tokyo!