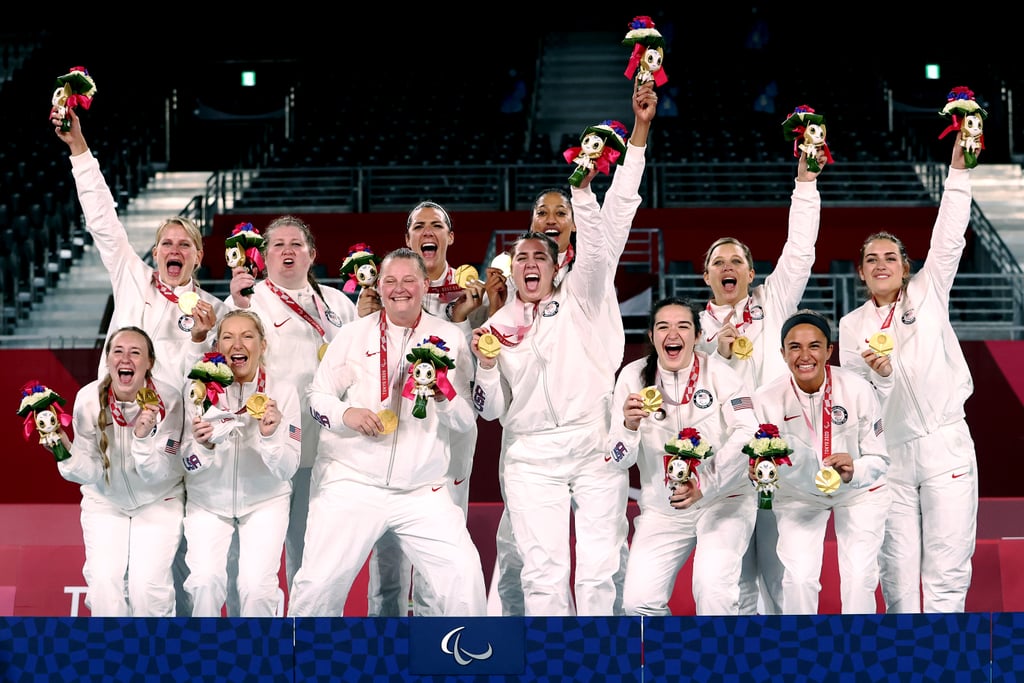 The Team USA women's sitting volleyball team lost to China during preliminary pool play at the Tokyo Paralympics, but the gold-medal match on Sept. 4 proved victorious for USA when they won after four sets, dominating the court and defending their title from the Rio Games five years back. It was in Rio where they also defeated China, ending the team's Paralympic winning streak they'd carried since Athens 2004. Now the US women are forging a streak of their own by claiming back-to-back titles. Brazil took bronze for the second Games in a row.

Chants of "USA! USA! USA!" rang through Makuhari Messe Hall, and the team erupted with celebration and tears. Ahead, check out footage from the moment their unstoppable performance turned golden, plus other snapshots taken of the first-place match.

To top it all off, this victory means that US women's volleyball has swept gold across disciplines in Tokyo after winning Olympic indoor volleyball and beach volleyball, as well as Paralympic sitting volleyball. This triple gold has never been achieved before, according to NBC Sports. "Women are strong. Women can do anything they put their mind to, and USA Volleyball has the strongest women in the world," Holloway said following the match on NBCSN. "And it is incredible to be in that place. We are so grateful to be among the most powerful women in the world in volleyball." What a way to wrap up the Tokyo Games!

Olympics
The Figure-Skating Schedule For the 2022 Winter Olympics Has Arrived, So Mark Your Calendars
by Amanda Prahl 10 hours ago

Dancing with the Stars
Who Just Nailed a Backflip, Then Pied Her DWTS Partner in the Face? Suni Lee, of Course!
by Samantha Brodsky 18 hours ago