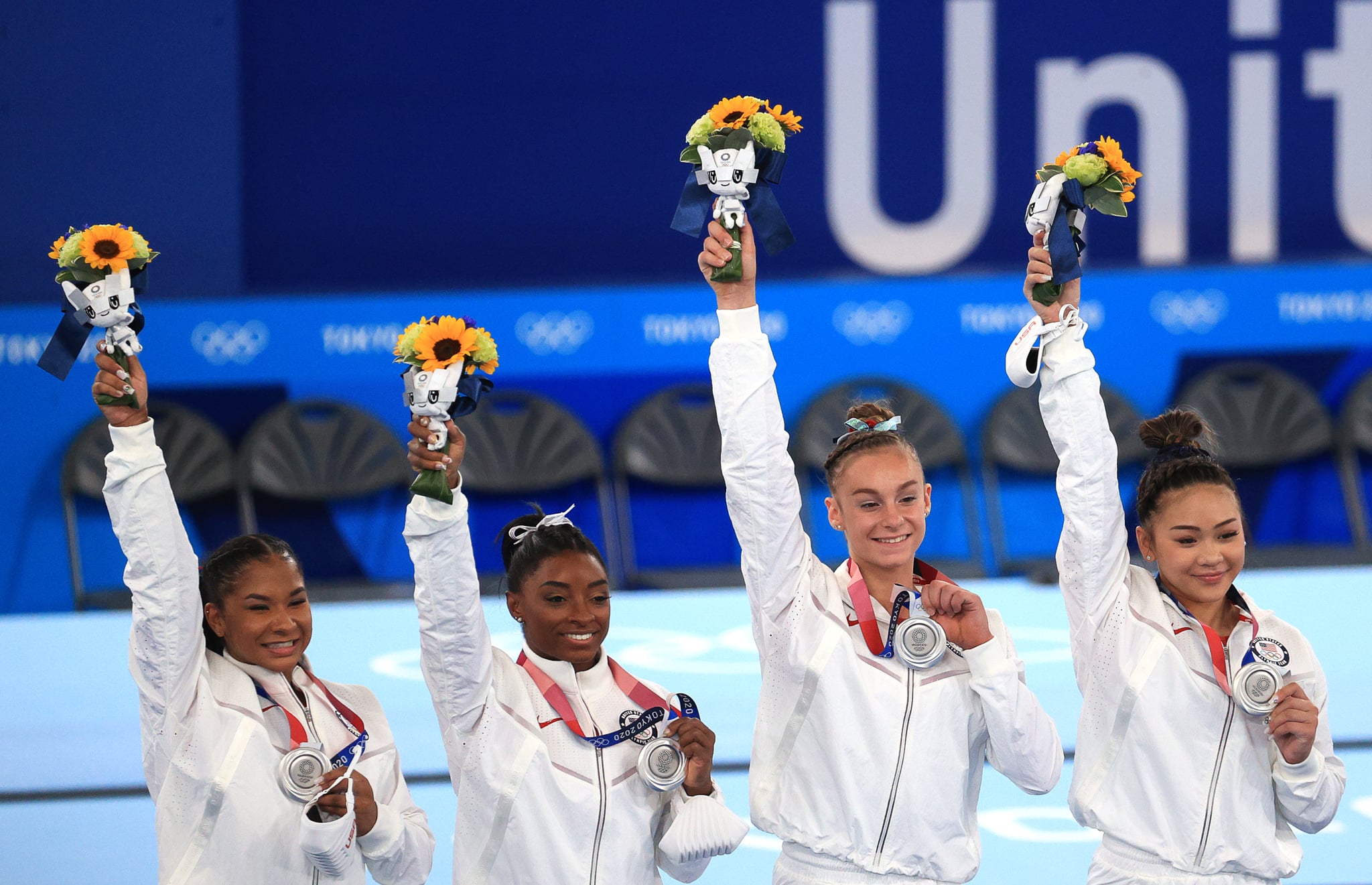 The unthinkable happened today in the gymnastics team finals in Tokyo. Simone Biles, who has recently talked about feeling the "weight of the world" on her shoulders, withdrew from the competition after one vault. USA Gymnastics classified it as a medical issue, and Biles's coaches specified that it had to do with her mental health. In the post-meet press conference, Biles confirmed the latter.

In the interim, Biles cheered on her teammates as they fought to win a silver medal, while the ROC (Russian Olympic Committee) took gold. The US were favorites to win, so there's no doubt this was an upset, but that doesn't take away from the fact that it was also an incredible display of grit, determination, and talent for the US team to lose the consensus best gymnast in history and still earn the title of Olympic silver medalists.

More broadly, it was the latest surprise result in an Olympic Games that has been full of them so far. Katie Ledecky took silver in the 400-meter freestyle. The US Women's National Soccer Team (USWNT) lost their first game to Sweden, 3-0. Naomi Osaka lost in the third round of the tennis tournament. Lilly King got silver in the 100-meter breast stroke, her gold medal event in 2016 (now passed on to a more-than-worthy Lydia Jacoby).

The overall response to these upsets, and the one we see most often when American athletes don't attain the near-perfect standard we ask of them, is best encapsulated by a headline from The New York Times after Ledecky's 400m: "Katie Ledecky Feels the Sting of a First Olympic Loss." The paper's Twitter post for the article read, "Katie Ledecky, the American swimmer, had never lost at the Olympics until Monday." Ledecky didn't win the silver — she simply lost the gold. You could say she "settled for silver," a common phrase we use during the Olympics. In other words, and to quote Ricky Bobby (yep, we're going there), "if you're not first, you're last" — at least if you're an American gold-medal favorite in the Olympic Games.

Now let's take a step back and look at that phrasing: "settled for silver." Objectively, it's a ludicrous idea that an athlete can "settle" for being the second-best in the world. It takes a lot of audacity, as spectators, to be underwhelmed when an athlete finishes a few hundredths of a second off the world's best in the pool, or is docked a few tenths of a point off on a world-class balance-beam routine.

Beyond that, belittling a silver or bronze is disrespectful to athletes who work their entire lives to simply make it to the Olympics, a feat that a fraction of the world's population will achieve in their lifetime. If a silver medal is disappointing, what does that make a bronze? What does that say to the athlete who finished off the podium entirely, or didn't qualify for the finals?

Objectively, it's a ludicrous idea that an athlete can "settle" for being the second-best in the world.

Of course, different athletes have different expectations, proportionate to their skill level. Simone Biles is the best gymnast in the world; our expectations for her are naturally higher than they are for virtually anyone else, and her talent warrants that. At the same time, just because Biles, Sunisa Lee, Jordan Chiles, and Grace McCallum didn't take gold in the team event doesn't mean their silver is a failure. On the contrary, how impressive is it that this team could go down a member (and not just any member — again, Biles is the greatest gymnast of all time) and still rally for a spot on the podium, even making it a close race?

Any Olympic medal and, really, even qualifying for the Olympics, is a testament to an athlete's skill, strength, and ability to overcome seemingly insurmountable obstacles. What we saw in the gymnastics team final was a very public example; behind the scenes, athletes weather even more, as all US gymnastics fans should know.

It's not our place to decide what an athlete's results mean to them, whether a silver is a disappointment or a triumph, whether making it to the Olympics was a victory in itself or a footnote in a medal-studded journey. What we do know is that to devalue silver or bronze medals out of hand, and to assume that the athletes themselves are disappointed with them, is to devalue the competition as whole and the work the athletes put in to be there at all. So, let's clarify. You don't settle for a silver or a bronze. You earn it. You win it.

Congratulations to the US women’s gymnastics team for WINNING the silver medal! 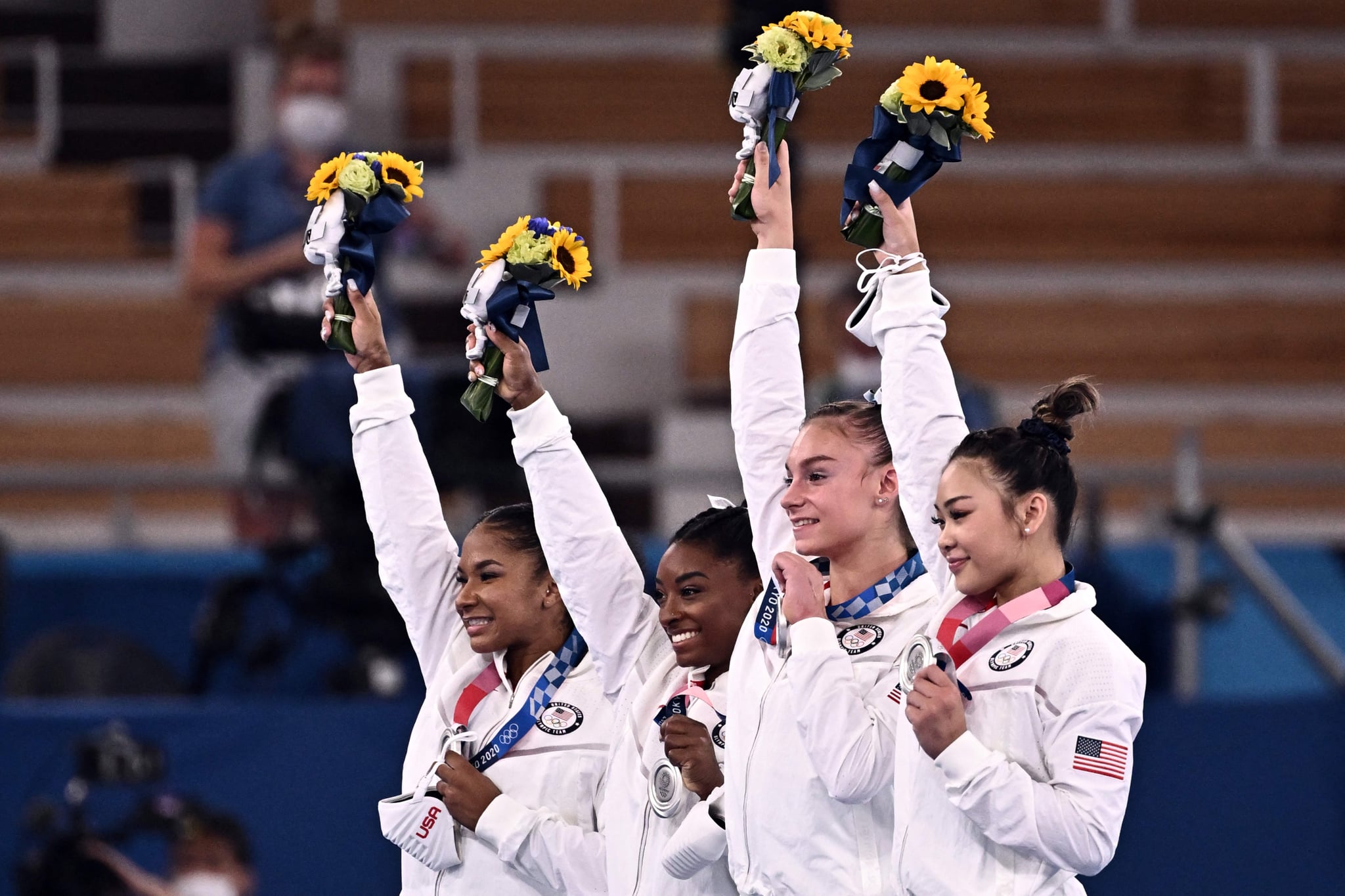